The World’s Most Expensive Watches

Don’t let the title put you off—this book is not about mindless consumption. There’s a reason, mostly, why some things are expensive and you’ll find out why here. The book itself is very opulent, and not even all that expensive.

The quiet moments, before a race when the mind settles in on the task at hand, or after, when the last hand has been played. Even the victor lugging his magnum of champagne looks oddly spent. These are the moments captured here. 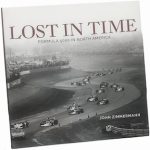 by John Bryant and Harold Cones

Among vintage radio aficionados Zenith’s Trans-Oceanic models are both legendary and often a radio collector’s most prized possession.

“Top Hat” and “Razor Edge” were just some of the clever ideas this coachbuilder had up their sleeve, they won gold medals nine years in a row, and were among the last five big remaining firms. But bespoke coachwork went the way of the dodo bird and it is little consolidation that F&W went out in a blaze of glory. 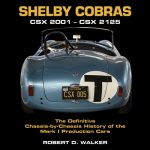 Colin Chapman: Inside the Innovator (republished)

When this important 2010 book went out of print, it left a hole. Thank goodness it’s back, in exactly the same form. History has had no reason to fundamentally change its views of the mercurial Lotus founder in the interim so the recollections and analysis gathered here remain valid.