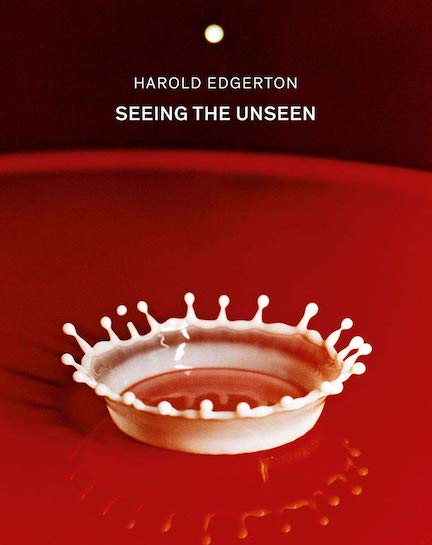 “I believe Edgerton helped define a novel and important relationship between science and art in our times. His inventions changed the world of photography. Edgerton’s photographs have unveiled aspects of the unseen world, providing insights, answering questions, and always arousing our visual appetites.”

You know you’ve seen that cover photo, “Milk Drop Coronet, 1957” but did you know that Time magazine selected it as one of the 100 most influential images of all time? 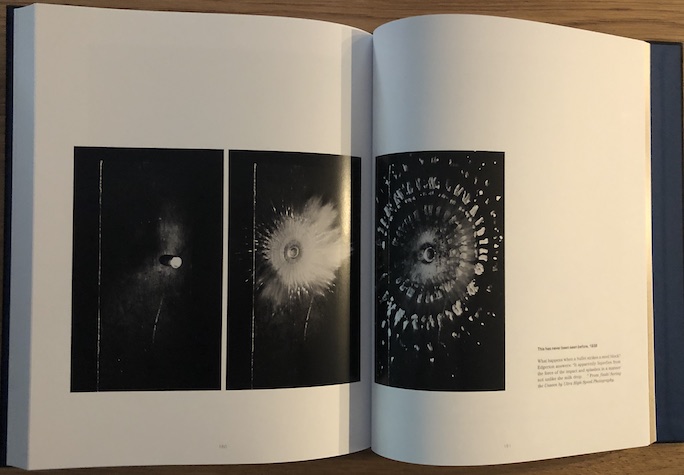 The human eye is not designed for speed. MIT professor Harold Edgerton (1903–90) wasn’t the first—those milk drop attempts go back to the 1890s—to realize that ultra high-speed photography with stroboscopic flashes was a good tool for slicing a fast-moving sequence into a series of discrete frames but it was the tools and techniques “Papa Flash” and his team at Strobe Alley invented that raised the bar from the 250 frames per second when he started to 6000. 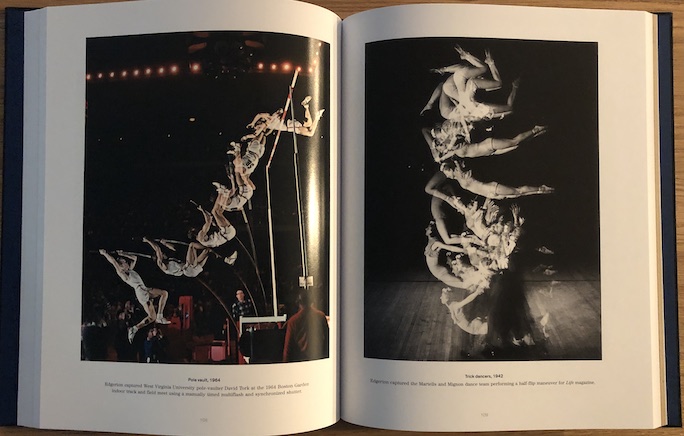 If you know the literature on this subject you will know an earlier book—with the same main title, Seeing the Unseen, but subtitled Dr. Harold E. Edgerton and the Wonders of Strobe Alley. Published by MIT in 1994 it has been long out of print. Among the stacks of Edgerton books it was one of the better ones which is probably why this newest book can say without fear of contradiction that it’s been “30+ years since the last serious book.” The 1994 book, strictly speaking the official catalog for an exhibition of the same name, also had two features that set it above the fray: it was designed to look like one of Doc’s own notebooks, and it included a gallery of 150 photos on CD. And the CD aspect is relevant here: the printing process takes away from the originals. One of the essays in the new book seeks to explain why Edgerton’s photos were so much more impactful, saying that the aforementioned splash photos by Worthington unveiled at London’s Royal Institution in 1894 and then published in magazines and books were “astonishingly beautiful, but in translating them into print their photographic qualities were much diminished.” Even the MIT book, printed a hundred years later, did not have the technology and the tools, including paper and ink, German art printer Steidl can bring to bear on this newest book. Note that Edgerton’s own 1939 book Flash! – Seeing the Unseen by Ultra High-Speed Photography can still be easily found. 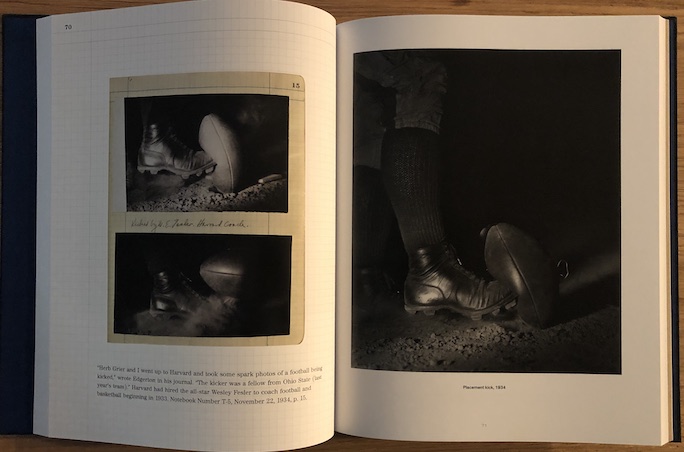 Another feature that make the 2019 book a worthy addition to the literature is that it includes facsimiles of pages from Edgerton’s notebooks. All but one is handwritten and it may take some effort to get the hang of deciphering Doc’s script. They are not in chronological order which is probably neither nor there because in isolation they cannot tell a cohesive story anyway. Thank goodness they are annotated, at the back of the book, so you’ll appreciate at least some of the engineering and photography-specific detail. The bulk of all this primary material has of course been digitized and is accessible online. Two of the curators of that material (Gary Van Zante, Deborah Douglas) have contributed historical essays to the book, the other two are personal memories by former students who became colleagues (J. Kim Vandiver, Gus Kayafas). Between the four of them, all aspects of Edgerton’s biography, education, professional work, and private convictions are explored. 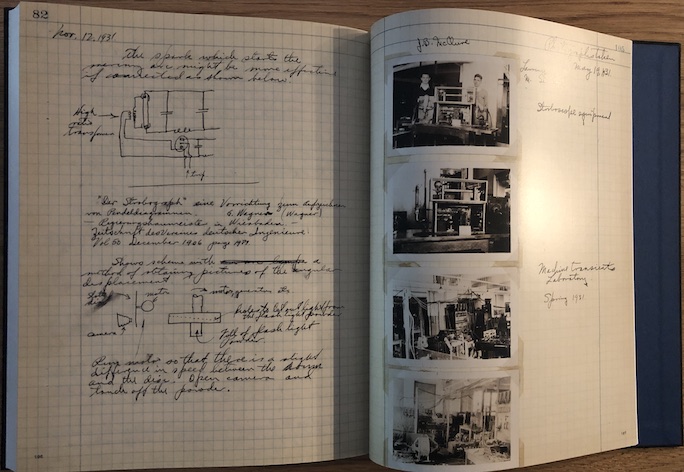 The book has a very useful Introduction (our opening quote is excerpted from it)—which would be more useful if it said who the writer is. The book jacket merely calls him “President of Commerce Graphics and a fine arts photography collector.” You’d have to be quite the photo aficionado to realize that his firm and KG Fine Arts through a partnership with the Howard Greenberg Gallery represented the estates of two important American photographers, Berenice Abbott and Arnold Newman. Then consider that Kurtz had a previous life in industry and you can see how the fullness of his experience makes him a competent commentator on Edgerton. Also, he is an arch MITer (class of 1954) and the man behind its Kurtz Gallery for Photography.

Doc Edgerton remained active long after his mandatory retirement in 1968, pretty much right until his death in 1990. He certainly remained curious, the one quality he always considered his greatest asset. It is safe to say that his photos will always be in circulation and recognized, if only for their novelty. But, as important, the man, the scientist, the teacher mustn’t be forgotten.

The Ford that Beat Ferrari: A Racing History of the GT40 »
« Porsche Milestones