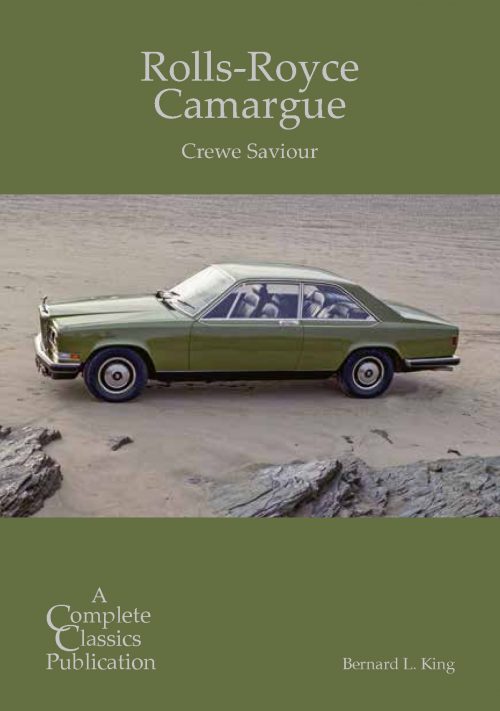 It was the most expensive production car in the world. It was the most British of cars—designed by the most Italian of coachbuilders. It went from clean sheet to 1:1 prototype in under three months. A mere 534 were built in 12 years, 1975–1987.

From its radical angular exterior to the aircraft-style dashboard people loved to hate it. Still do. Which today makes it the most undervalued Rolls-Royce you can buy.

The subtitle will only make sense to RR folk, who will be surprised by it, but there’s really no point elaborating on it here. Serious owners and prospects of Rolls-Royce/Bentley cars have come to look to the Complete Classics books as absolutely necessary. Each book covers one model, sometimes two if there are fundamental commonalities—and they list every, every chassis built, by number, date, engine number, registration number, coachbuilder, body style, first owner, and general comments including a source to photographs published in club/marque magazines and books etc. Hence: indispensable. 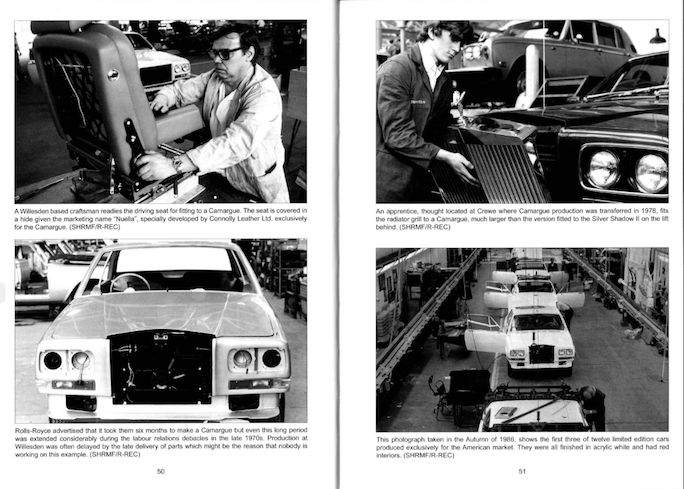 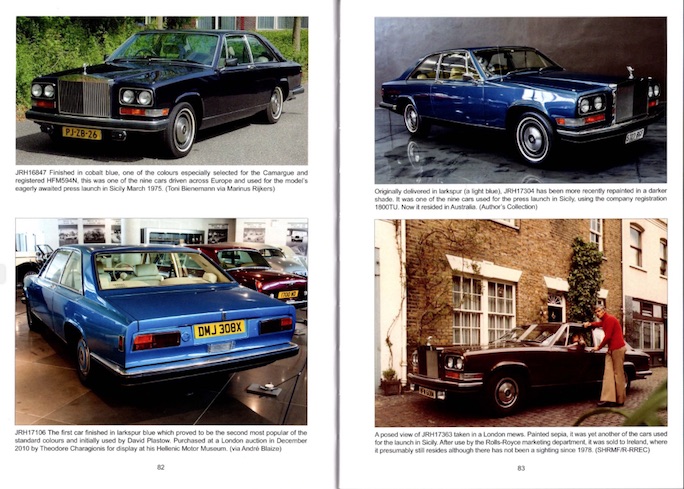 The greatest “problem” with the Complete Classics is that owners of some RR/B models may not live long enough to see it covered thusly. Started in 1997 the series now covers 12 models and has a long way to go before it comes full circle. Launched in 1997, the last installment was—gasp—11 years ago, CC9, about the Bentley Mk VI, which points to another peculiarity with these books. The author doesn’t work consecutively, chronologically through the models but gives priority to the ones he “likes” most. Truth be told, the deeper we get into the modern era the harder his job gets because the whole point of recording every single chassis in a model run is that in the case of coachbuilt cars, which were either one-offs made to order or in only small runs, each one was different from any other. But by the 1960s even Rolls-Royce adopted the manufacture of “standard” bodies built in-house—albeit, even today, customizable to whatever degree the customer’s wallet and Rolls-Royce’s “taste police” allow. Meaning, from the Silver Cloud onwards the basic, list-driven Complete Classics format doesn’t quite fit the task. 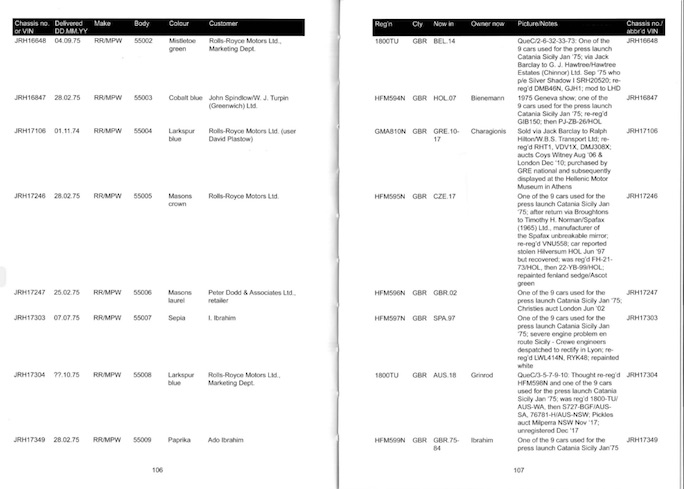 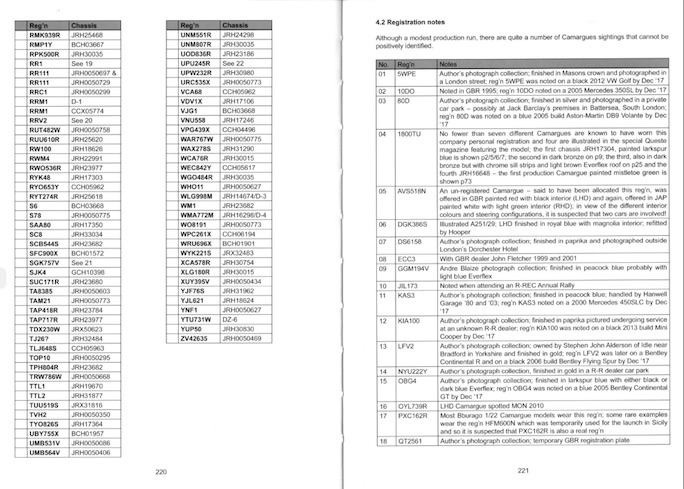 The Camargue does fall into that era, with 90% of the cars built by one coachbuilder, Pininfarina, to the same 2-door fixed head coupe spec. Since the Camargue was built differently from the mostly coachbuilt models previous CCs covered, the format of this book is less list-driven than previous ones and contains more narrative. And on that count, this book actually has something brand new to add to the record, and to RR specialists this will be a real gem: after all these years the fellow who was ultimately responsible for the exterior design, Pininfarina’s Paolo Martin tells it like it is/was. 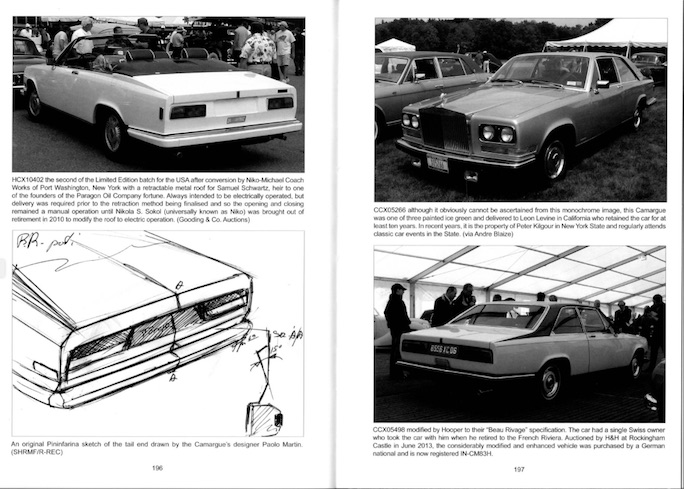 It is apparently the very speed of the design process that made Martin uncomfortable ever talking about it. He had minimal instructionsfrom RR but productive back-and-forth communication ensued when it was called for, and he took the design from first draft to final prototype in under three months. Also, there is a detailed account of the role customer James Hanson played in commissioning a one-off Bentley from Pininfarina (the sainted RR Chief Stylist John Blatchley liked what he saw, so there!), all of which finally rounding out our knowledge of how the unique Camargue came to be.

Printed as always in quite small numbers, this book started selling much too briskly before the ink was even dry so don’t think too long! Available from the marque clubs or the author.