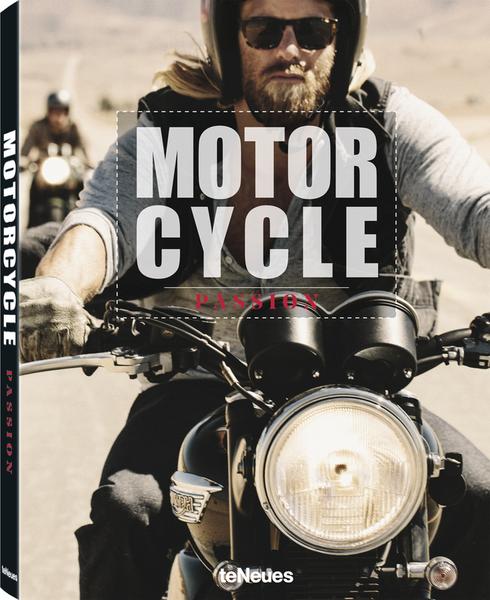 “And so to the heart of this book. It is a true celebration of the motorcycle in all its forms and a contrast to the automobile: Motorcycles are the essence of transport at its technical and minimal best, powered by functional design that can even seduce us with its aesthetic styling.”

(German, English) Let’s be cultural snobs for a moment and use only American examples: just because you know Evel Knievel doesn’t mean you know Sue Fish or, sort of halfway between these extremes on the publicity scale, Doug Polen. That’s where eclectic books like this come in: they connect dots in a fresh way, and both dabbler and hardcore enthusiast will probably find something new to add to their vocabulary.

But it’s one thing to admire the Flying Fish for her stunts in Terminator and quite another to lean, really lean, without flinching into a bend when someone takes you for a ride. If motorcycles simply don’t factor into your lifestyle at all, this book is unlikely to change that. The language it uses and the imagery are very much “on message,” stylized even—and that message is: the motorcycle is not a car. And it’s the folks who say Amen to that who will most relate to this ode to the motorcycle. 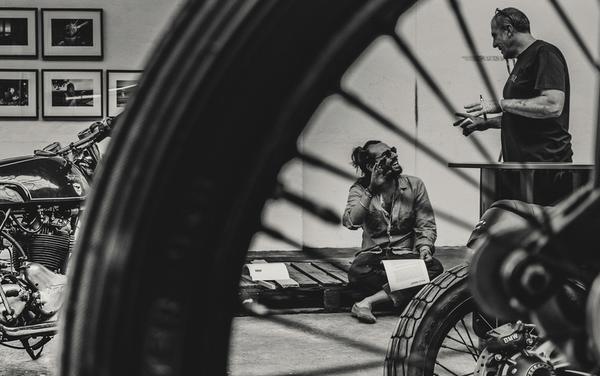 Much like a kaleidoscope, this book requires some jiggling to come into focus. Flowery prose alternates with chopped sentences, passion is the battle cry, a life without motorcycles is incomplete. Bikes and their riders/racers, motorcycle tours/events, and custom shops make up the three main themes into which the book is divided. There is continuity, and you could read it cover to cover, but that will have a different effect than picking it up often and partaking of snippets here and there.

The most straightforward component of the book is the first half, a guided A–Z tour of models and makes described in a few words and a basic set of specs (engine, power, displacement). This a European book so readers in other parts of the world may well spot features or in fact entire models not available in their respective markets. Some bikes are classics, some are new; it’s not clear if they have anything other in common than having two wheels. Occasional biographies mostly of racers are sprinkled throughout, in no apparent order. This only adds to the “adventure/discovery” flavor as there is neither a Table of Contents nor an Index. 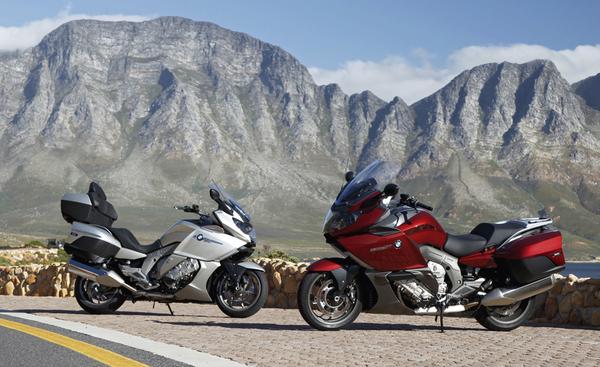 The remainder of the book draws heavily on evocative, large, moody photos to convey all that passion for the two-wheeled life and the freedom apparently only it can deliver, often without captions and thus decipherable only by those who’re already in the know. One thing is undeniable: the book is committed to its cause, and there is courage in that—and by that measure it has a purpose and fulfills it. And certainly no cost was spared to make it a proper and pretty book. 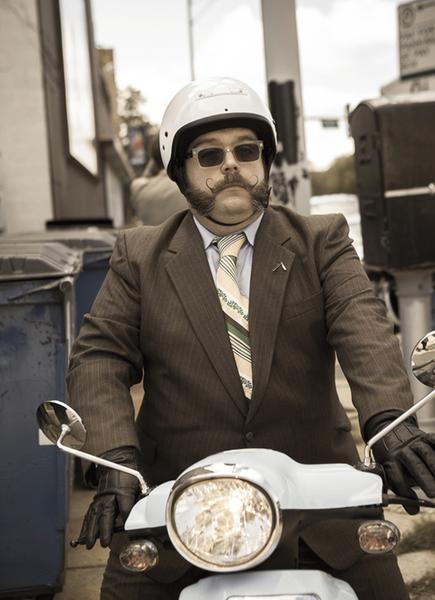 It is a peculiar thing that this publisher has the habit of saying nothing about its authors. It could only have helped a book like this that almost recklessly invites marginalization by readers who are simply not given any reason for recalibrating their expectations. Köckritz (b. 1956) is a card-carrying, serious journalist who cofounded the German avantgarde lifestyle/car magazine Autofocus. He started his own PR agency in 1995 and then Red Indians Publishing in 2007 that, among other things, produces ramp which won several awards as Germany’s best car magazine. What all this means is that however frivolous or lightweight or, gasp, pointless Motorcycle Passion may at first look, it is nothing of the kind. It’s just not a book for everybody. Like motorcycles are not for everybody.

Female Tommies: The Frontline Women of the First World War »
« The Complete Bentley