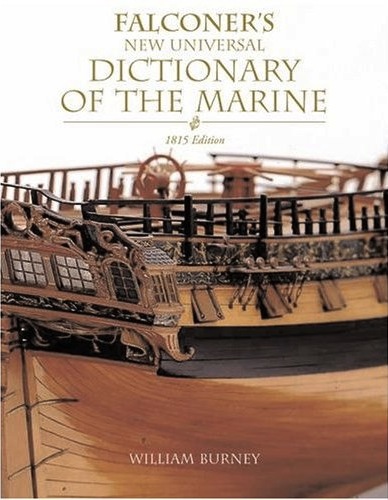 “Being, a Copious Explanation of the Technical Terms and Phrases Usually Employed in the Construction, Equipment, Machinery, Movements, and Military, as well as Naval, Operations of Ships: with such Parts of Astronomy, and Navigation, as will be Found Useful to Practical Navigators.”

Let’s say you are already enough of a sailor to know what “the stem of a boat” and “the ring of an anchor” are. But did you know that each is “puddened” differently?? Aha!

Even though this book calls itself a dictionary it is rather more an encyclopedia. If sailing ships in general and ships of the navies of the great French wars are your interest, William Falconer’s compendium was and is what one may well call “the mother of all English maritime dictionaries,” especially in this fourth edition which was practically an altogether new book and at any rate a much-improved version of the original from 46 years earlier. It covers everything of relevance and interest to the sailing man, from short entries about the obvious such as shipcraft (“Stilling Waves by Means of Oil”) to the seemingly peripheral (“Ringdal,” an injury to young trees) to multi-page summaries of important voyages or descriptions of two dozen types of nails used in shipbuilding. Most English entries list their Spanish or French equivalents or origins. On the micro and the macro level the book is a many-faceted guide to the technical and historical knowledge of its time and thus of appeal to anyone with an interest in the history of ideas and technology.

The ornate language of the day will take some getting used to, more so as Falconer, despite being born (1732) into inauspicious circumstances, had become quite the poet. He learned his shipcraft at an early age by apprenticing himself on a merchant vessel. The first edition of this book was published while or just before he set sail for India in 1769. Much preoccupied—an “agitation of his mind” his friends would later call it—by having been appointed purser on the frigate Aurora and by the possibly lucrative future prospects of becoming private secretary to some of the East India Company officers aboard, Falconer neglected his book and left last alterations to some friend who may not have cared as much. Falconer did not return from this trip, his ship having gone missing on the outbound leg. 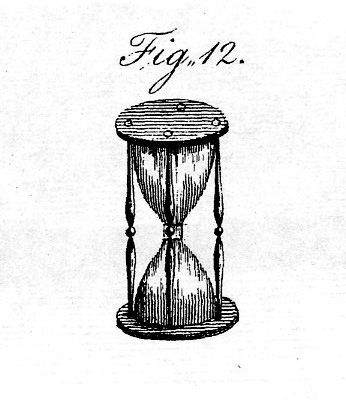 The Publisher’s Note makes a general reference to “some criticism of errors and omissions” evident in the first edition but does not say who it was that criticized or what the nature or severity of the errors was. Even if they were few, the fact that no one kept the book current with the ever growing body of knowledge undermined its standing even while it was considered important enough to be reprinted every few years with minor additions. In its own “error of omission” the publisher then refers to the person who in 1815 at last overhauled the book completely as “William Burney, a naval antiquarian who held the post of Master at the Naval Academy in Gosport.” True, but this omits the fact that Dr. William Burney (1762–1832) founded Burney’s Academy for the Education of Young Gentlemen Destined for the Navy, Army, and the East India Company’s Service (in 1791, possibly a successor to Weston’s Academy of Greenwich) which would later become the Royal Naval Academy, said to have been at one time the best-known naval school in Europe, and carried on by his two sons and a grandson, and by the Rev F.G. Johnson, until 1904. In other words, he was not just any old schoolmaster and it was his top-level connections to the naval world that enabled him to make such significant improvements to Falconer’s work.

These improvements in the main consist of a ca. 80-page “Vocabulary of French Sea-phrases and Terms of Art, Collected from the Best Authorities,” now 35 instead of originally 12 plates of illustrations depicting a multitude of technical drawings pertaining to and referred to in the dictionary section and, most importantly, a general updating/addition of entries pertaining to then-new naval technology and practices.