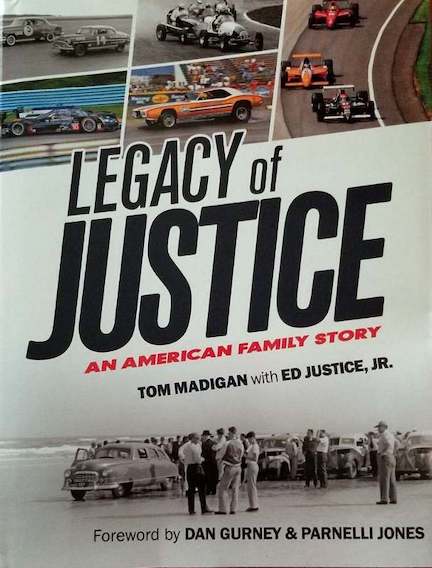 It is fitting that this book has been written in a style that is very personal because the story it tells is personal, to and for both authors. There are occasional editing lapses but they aren’t of sufficient consequence to detract from this photo-rich history of—as the book points out numerous times—an American family who had a dream and went on to live out that dream turning it into a reality that exceeded what even they had dreamed.

The lives of three brothers fill the pages from their pre-World War II youth in an eastern Kansas town named Paola to postwar Southern California, then to Florida and, eventually, back to Southern California. As they gradually worked their way to fulfilling their dream they also consciously practiced, trying to remain true to, “life lessons” taught them by their dad, Harry Milton Justice.

Those “lessons” began when the six children—first to be born three girls followed by three boys—were in grade school: “Know your times tables to 25. Know how to figure percentages to keep from being cheated. And, remember that mathematics is the first rule of business.”

The “commandments” then increased adding: “Being nice is the cheapest product you can do for your business; You can always judge a big man by how he treats a little man; It doesn’t cost anything to be honest; A firm handshake and a quick step will get you lots of places; Don’t stand around with your hands in your pockets.” Harry had built his own successful auctioneering business practicing what he preached as his sons—Ed, Lawrence “Zeke”, and James “Gus”—noticed and, as the book shows, did work diligently to emulate in their own lives.

Opening thoughts of the Foreword, penned by Dan Gurney and Parnelli Jones, set a tone as well as a precedent for one of the two parallel interjections to the narrative. One of those is the transcribed interviews with others important to the brothers and/or their company that are interspersed throughout the narrative. For some, such as Dan Gurney, Bill Pollack and Arlen Kurtis, son of Kurtis-Kraft founder Frank, their words have a special poignancy for each has, in recent months, taken their own final flag. The other interjection relates general world or US historical events of the timeframe of the narrative or story.

Rosie the riveter was on the horizon although no one knew that at the time when the brothers’ mother Anna was encouraging and enabling her sons’ mechanical curiosities which she shared. Ed and Zeke’s earliest enterprise was scrounging old, tired bicycles and rebuilding them to be either sold or rented. It didn’t take long for them to want to motorize their vehicles or build one from scrounged bits and pieces. They built that first one, a midget, from plans they found in a Popular Mechanics. 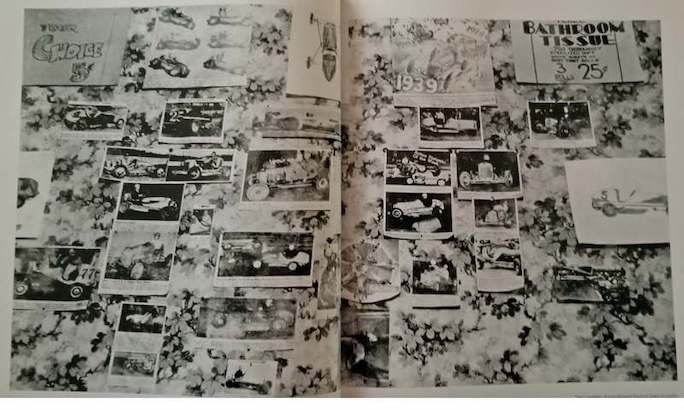 As one wall of their shared boyhood bedroom shows, both were thoroughly fascinated and captivated by cars—especially racing machines. Not only would that fascination never abate, it led to their eventual immersion and involvement in the motorsports industry as they built the business they would one day establish, along with their elder brother Gus, and name simply and directly Justice Brothers.

Two of those interviewed bookend the company. Bernice “Bunny” Bailin was the first office employee and the current VP Kelvin Muinos began his 30+ year association as an outside accountant. Their comments lend insight into the modest beginnings that the brothers worked hard to grow into the company that today manufactures a comprehensive line of additives, lubricants and cleaners sold to, and are used by automotive, heavy equipment, agriculture and industry the world over. 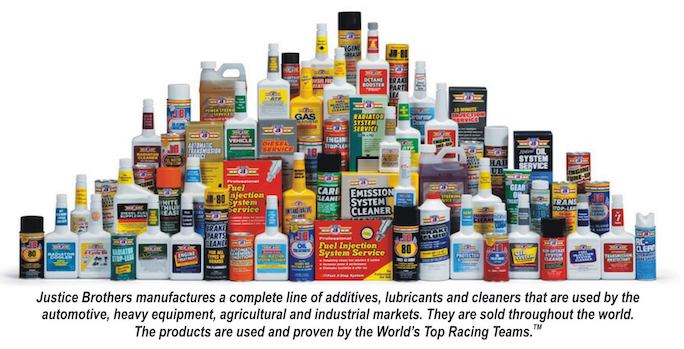 The book recounts racing history as experienced and lived by the brothers. At the time they were beginning their business formal drag and stock car racing didn’t exist and only twenty 500s had been run in Indianapolis. Prior to starting their business Zeke was Frank Kurtis’ first Kurtis-Kraft employee with Ed subsequently coming to work there too. Together, they would be responsible for the first-ever use of Dzus fasteners on Kurtis-Kraft midgets, then champ cars.

Once the Justices formed their own company, they worked with and sponsored participants in stock car and drag and open wheel racing. Their company grew alongside motorsports with Justice Brothers sponsorship decals appearing on many an entrant/participant’s car and frequently enjoying and participating in their sponsored entrant’s podium finish.

The Legacy of Justice, An American Family Story combines its ingredients of an interesting “family story” with an equal part American and automotive, especially racing history into a most enjoyable well-illustrated book. The privately owned, essentially in-house, publisher made attention to all details important—from paper choice, print caliber, and binding. The resulting book is therefore worthy of the story between its hardcovers and, for enthusiast, worthy on inclusion on library shelves. Whether it is the story of the times you identify with or the times are only “of history” to you, you’ll find the book engaging, edifying, and enjoyable.

The Legacy of Justice