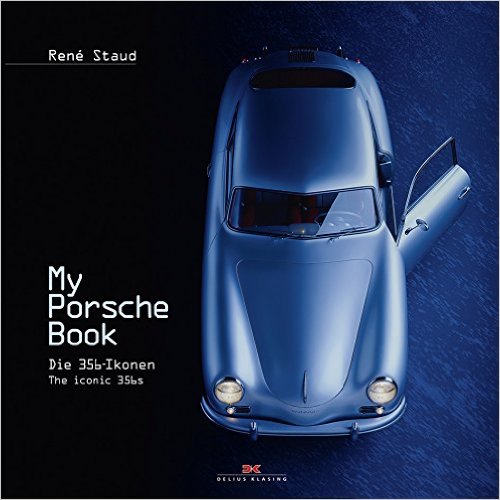 “A Gemini, Staud describes himself as ‘euphorically critical.’ The operative word being ‘euphoric.’ ‘The idea always comes first for me. The details come later.’ That means? ‘That means you can’t start out by telling yourself what won’t work. There’s no such thing as impossible.’”

(German/English side by side) This photo book is a tribute to a sports car that today is considered iconic but in its day was described by the motoring press as a Karmann Ghia at twice the price—which was not a compliment.

Piles of books have been published about this model but as Ralf Dobro, president of the German 356 Club, says in his Foreword, they are too often repetitive or similar in terms of photographic material. This book, on the other hand, is by a German photographer who not only has a fabulous technique but began the automotive portion of his career in earnest by inventing the contraption that would give his work a specific quality and look: the Magicflash strobe light bank that creates 100% color-correct, controllable studio lighting and allows multi-dimensional objects to appear with sculptural plasticity.

If you’ve marveled at Staud’s work in books, calendars, or commercial projects you will surely have wondered how he does what he does—and this book, for once, answers that, in the form of a chapter penned by author and design editor Jan van Rossem. If one didn’t know the context—Germany, 1960s—one could mistake Staud’s almost haphazard career path for a quintessential American story of being in the right place at the right time but also always taking the initiative to create opportunities. He also takes an uncommonly pragmatic view of his art: “A picture may be good, but only if it sells. If no one wants to have it, it’s not worth a thing—unfortunately.” For more detail you’d have to look at Staud’s own 2001 book Car Photography (Laterna magica, ISBN 978-3874677837). Another chapter, much briefer, gives a nod to his team. 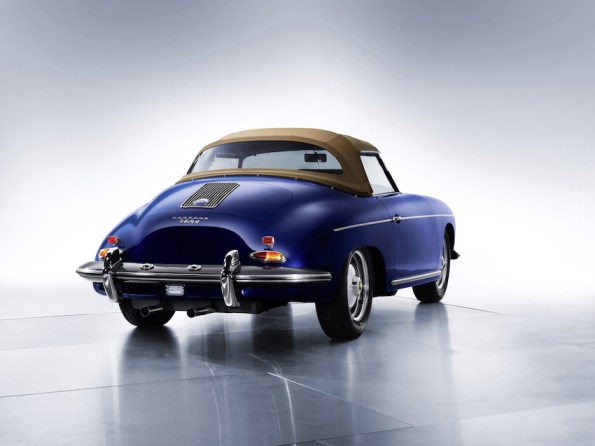 Considering that it can take a day or more to set up a shot and then several days to edit it, professional photographers don’t make money on books and calendars either so consider the low price of this book a bargain. It is not disclosed whether the cars here were shot exclusively for the book or assembled over time for other projects. At any rate, the selection is highly curated (half of the over 75,000 cars built 1950–1965 survive), which possibly accounts for the word “my” in the book title: someone had to make these choices, and inspired choices they are. Not only are the 22 cars in impeccable shape but they each are also important, unusual, or rare in specific ways (eg. an Abarth GTL version [below], a tail-finned 4-seater Beutler). 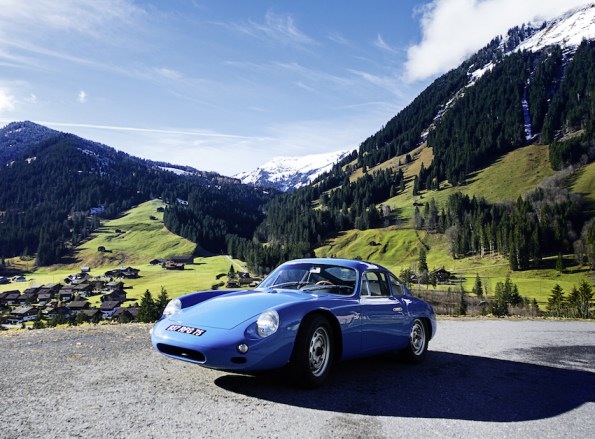 They are presented here in no discernible order (the first one is a 1951 split-window pre-A—photographed alongside an equally spiffy Ju 52 vintage plane that is still in service—followed by a 1964 SC coupé which sort of bookends the production run of the 356s after it moved to Germany) but towards the end there is an earlier car, a 1950, and of course the 1939 Typ 64 Berlin-Rome record car is included. (It, incidentally, has a home now at the Prototyp Museum in Hamburg that in 2015 mounted a show of Staud photos, many shown in this book, of which limited edition prints were for sale at €1000–1500 each.) 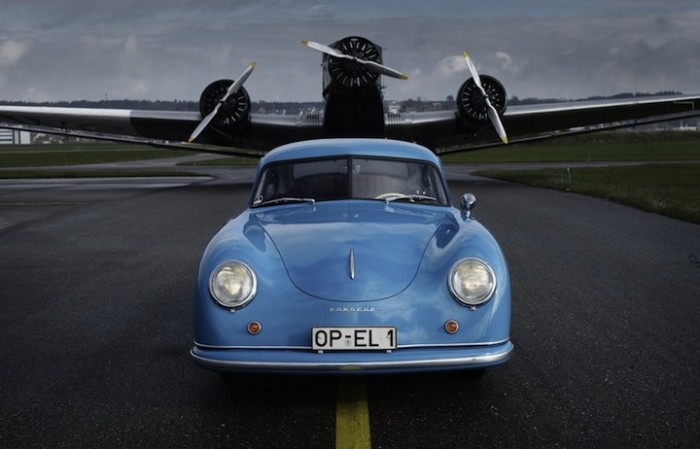 Staud also likes outdoor shots, an altogether different challenge for product photography. The compositions here are staged with enormous attention to detail and many scenes are brimming with a degree of technical difficulty that will make even professionals take notice. Contrast, reflections, even seemingly simple things like depth of field “look” easy only until you really study the set-ups and take in Staud’s solutions to conflicting parameters. To quote Dobro once more: “It presents pictures to pore over and get lost in, images that beckon with ever-new details to discover.” 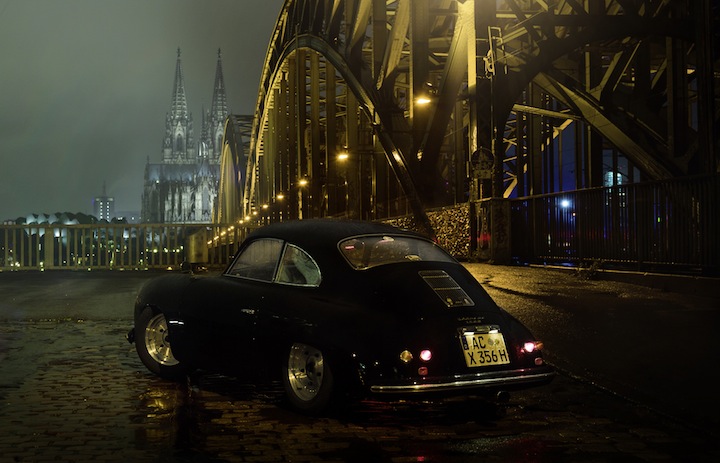 Several pages are devoted to each car, all photos and their captions (by automobile journalist Jürgen Lewandowski) along with a more or less uniform data set stating model, year, engine specs, color, owner, features. In only one case is there an extensive owner feature.

Whether it’s the art of photography (or, for that matter, printing) or the art of the Porsche 356 that brings you to this book, it’ll satisfy on all counts.