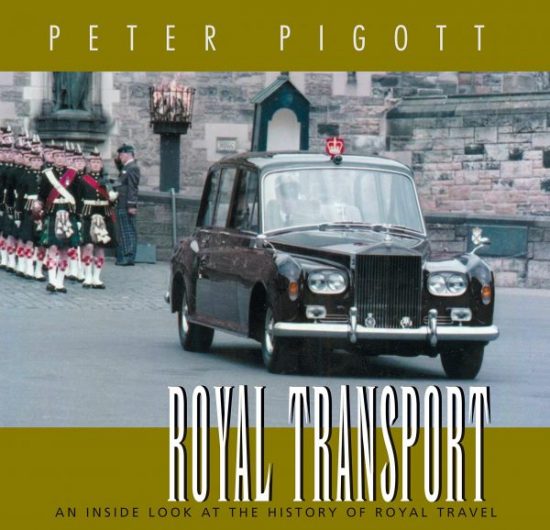 “There have been many royal biographies. Other books have painted pictures of the personalities themselves, but on researching the transport of each successive generation, with the idea that objects can speak louder than the people themselves, I was able to understand better the monarch that favored them.”

That the author is both a Canadian and British-born is surely useful to know to better appreciate that his sympathetic and respectful look at the British monarchy is at once somewhat detached and somewhat unquestioning. For him, the institution whose chief virtue lies in providing continuity in a changing world is, simply, a fact of life.

First published in 2005 this book is still in print so a closer look is long overdue. A few caveats need to be discussed first: the book only concerns itself with British Royals, it doesn’t only present ceremonial vehicles but also privately owned ones such as Prince Philip’s London taxi, and it covers all forms of transport—trains, yachts, aircraft, cars, even touching upon the odd military or utility conveyance. Further, the book is best thought of as a high-level overview of mostly the operational and social aspect of royal transport rather than the hardware. 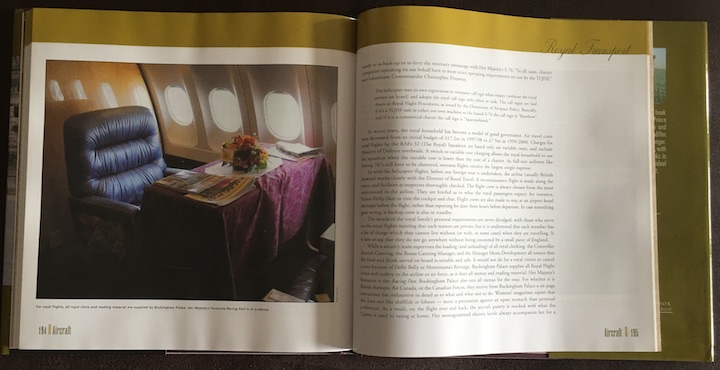 As Pigott rightly points out, before his book there was no “complete study on all the family’s modes of transport,” the cause for which he believes is that, with few exceptions, the vehicles chosen are “hardly noteworthy.” This would be a different story if other royal houses were the subject. Obviously anything that serves as royal transport, even if only temporarily, has to manifest a certain level of pomp, creature comforts, and possibly special equipment to accommodate its user’s station in life. 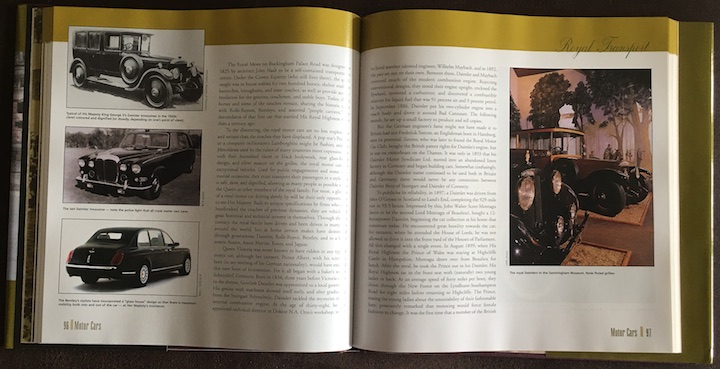 Pigott begins by casting a quick look on the very olden days, in which the royal court moved on foot or horseback, with a necessarily enormous entourage and at often ruinous expense. Queen Victoria is said to be the first royal to try out mechanized transport, a train, in 1842. That her eccentric wish that all personnel be in their Sunday finest—even the firemen had to wear white gloves while handling coal—was not practical was no concern of hers. 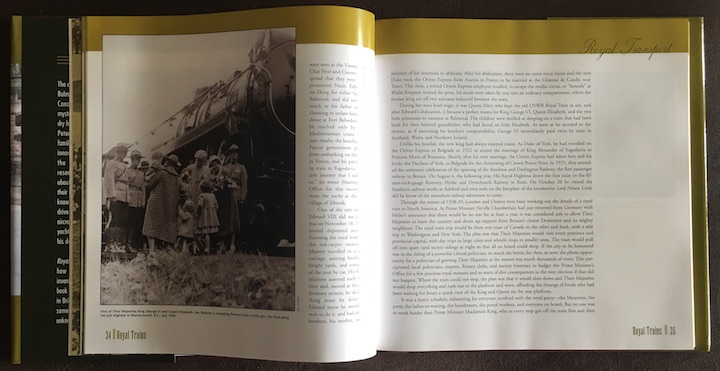 The book’s stated purpose is not being an encyclopedic reference tome but a breezy look at all the obvious and not so obvious aspects (ownership, cost, the stress on mechanicals of parade speeds of only 4–9 mph etc.) of royals and their transport. Having once worked in the Legal Section of Canada’s Department of Foreign Affairs Pigott, who in retirement became Canada’s most prolific aviation author, is at home on the world map and ticks off facts and events without blunder and in fluid prose. 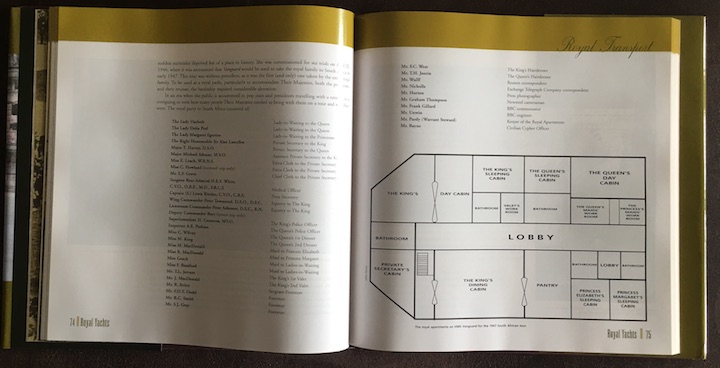 When the book was first published, in 2005, the Queen’s newest machine had just entered service, the Bentley State Limousine which is included here. On the car front, Canadian readers will delight in the attention Pigott gives the Canadian-made McLaughlin-Buick

The 9th Infantry Division in Vietnam: Unparalleled and Unequaled »
« Autocourse 2016–2017