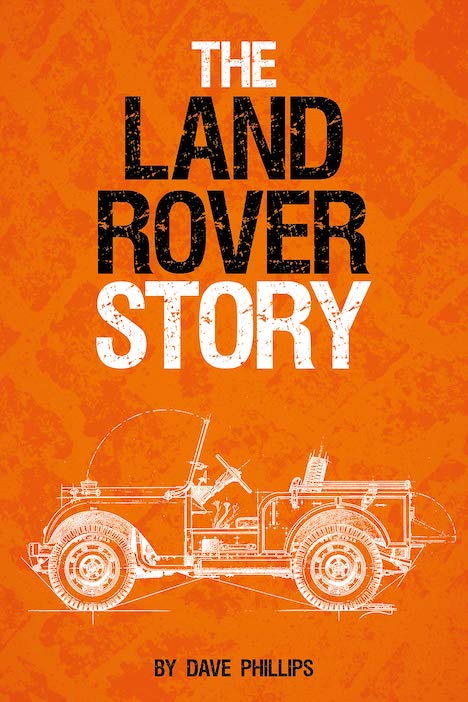 Few automotive histories include so many words—amounting to a considerable number of pages in successive chapters—explaining and describing the political and social and economic realities of the time in the country in which the vehicle manufacturer is located as does The Land Rover Story.

Author Dave Phillips puts it this way in the first sentence of the eleventh chapter, “British politics and Land Rover were never far apart, so it should come as no surprise to learn that a government row in the mid-eighties . . . would have repercussions for the future of Solihull’s [the name of plant that built Rovers] finest.”

From the perspective of your American-born and -based commentator Phillips is the ideal person to write this enlightening history. The relationship of the vehicle maker and its government, most especially during the ’68–78 decade when the government was in essence also the owner of parent British Leyland Motor Corporation Limited having “injected large amount of capital into [it],” was particularly interesting and instructive.

However, such was not the feeling of at least one other reader. That reader was a Brit as is the author yet he posted a comment on the internet taking issue with the book not being exclusively about the vehicles. It occurs to me that either the poster missed the significance of the UK government’s influence on the Land Rover company and the vehicles it actually was able to construct or he simply wanted to have his post noticed. Whichever, he did miss the point that the book is a total history of the company and thus its people and vehicles rather than just a survey of vehicles produced.

By way of contrast, a previously reviewed on-this-site book on Ford’s Broncos, vehicles in a similar market segment as Rovers, does focus on just the vehicles. But Ford Motor Company was never owned by any governmental entity. FoMoCo was and is focused on one function; the design, engineering, and manufacture of motor vehicles. Rover designers, engineers and, in fact, all of its employees were and are as well. But under government ownership when it came to trying to get newly-designed, or -modified, and -engineered vehicles moving toward production that governmental owner/nanny refused to allocate funds for new tooling that the changes would require in order to implement. 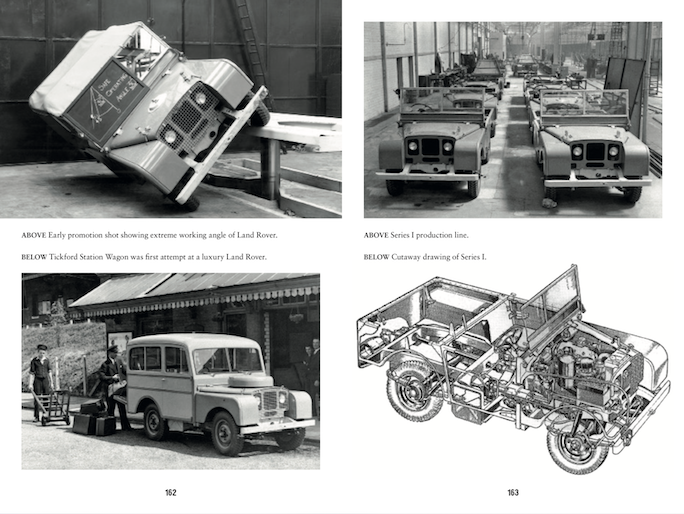 There’s a certain cachet surrounding Rover, a quality or reputation that translates to it being particularly admirable. That reputation was no doubt enhanced, or at least reinforced, by a recent event in the UK with Prince Philips’ casket transported by a top-of-the-line Rover Defender that he had re-designed for just that purpose. As was widely reported he had embarked on the redesign prior to Defender production ending in 2015. Although after the book had been written and published an all new virtually clean-sheet engineered and designed Defender was produced and put on sale as a 2020 model. 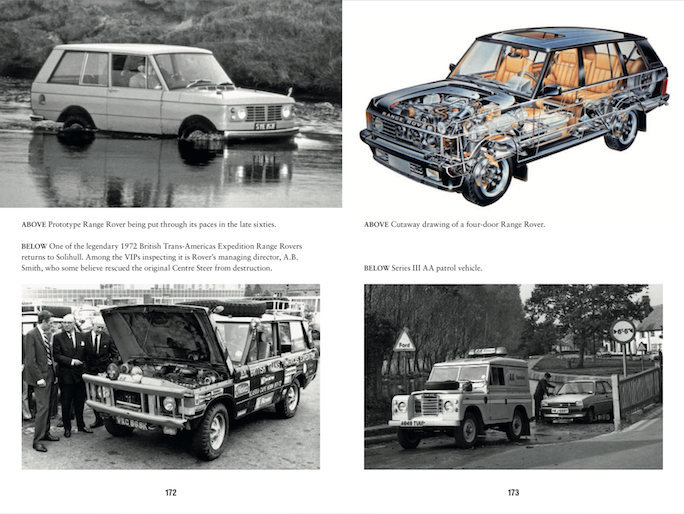 For those not already familiar with The Land Rover Story it began as many such begin; two men—brothers in this case—with an idea. That these brothers, Maurice and Spencer Wilks, were already employed fulltime at Rover meant that as their idea for an all-terrain-capable vehicle, reached fruition it just naturally came to be called Land Rover.

Author Phillips deftly weaves vehicle details with stories of the people involved and the times for as he writes: “Cars don’t exist in a vacuum. It’s Man’s ingenuity that turns inanimate lumps of steel, aluminum . . . into automotive engineering—and sometimes automotive art.” Then there’s this: “Land Rover above all other marques has gone through the most turbulent of times, under a multiplicity of owners—and survived . . .”

Of those owners, as mentioned above, one included the British Ministry. Here’s the litany: It was Rover Company 1948 to 1967, then when first nationalized it was part of Leyland Motor Corporation before becoming British Leyland. In 1978 the Leyland conglomerate divided itself establishing Land Rover Ltd. The Rover group was sold to British Aerospace in 1988 which during its five years of ownership left it pretty much alone awaiting its own opportunity to sell it. That sale took place in 1994 to BMW.

Phillips writes: “BMW ownership of Rover was not a happy union” as he proceeds to explain. The upshot is BMW eventually divested itself of Rover to Ford Motor Company in 2000 which assigned Rover to its Premier Auto Group along with Jaguar, Aston Martin, Volvo, and Lincoln-Mercury. In 2008 Ford sold Jaguar and Land Rover to India’s Tata Motors which merged them in 2013 forming JLR (Jaguar Land Rover) under its own CEO.

That the engineers, designers, production workers and all others kept Rover producing viable and respected vehicles throughout all this upheaval of ownership changes speaks volumes. And this volume tells both aspects; the business side and details of the vehicles themselves. Phillips writes well and clearly with an obvious enthusiasm for the company and its vehicles. He owns a 1984 Ninety and a 1996 Discovery as well as having edited two periodicals about Land Rovers. Publisher Evro has done justice to Phillips efforts with a nicely presented book that includes some useful features; a well-done index, a multiple-page timeline, and bibliography—all reasonably priced to boot!

Posted Under: Automobiles, British | Author: Helen Hutchings | No comments yet

Mercedes 300 SL, Car of the Century »
« The Face of Change: Portraits of Automotive Evolution