How 30 Great Ads Were Made: From Idea to Campaign 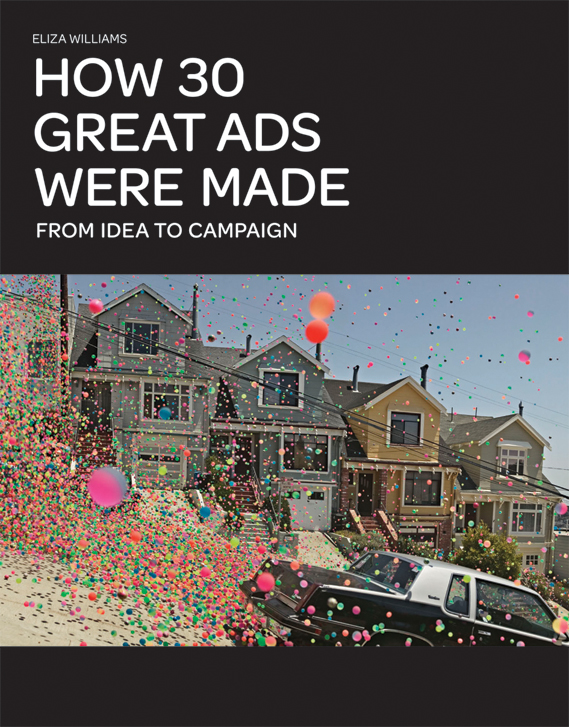 “Looking at the work collected here, it might be imagined that it is possible to glean a magic formula for making a great ad. This, sadly, remains elusive.”

If you can tell from one glance at the cover photo what ad campaign this image is from, you give ad people a reason for living: they succeeded in ringing your bell, making you remember even years later a (2005) commercial that never even showed the product!

Of the thousands of ad campaigns (“It keeps going and going and going . . .”), a few become emblematic (“Got Milk?”), of their product and their time, their zeitgeist (“Can you hear me now?”). Growing up overseas (“Reach out and touch someone”) I remember how quickly conversations among American adults would turn to thigh-slapping reenactments of iconic commercials back home (“Where’s the Beef?!?”). It was a manifestation of their own culture (“Don’t leave home without it”) while they were marooned in another, a touchstone of sorts (“Put a tiger in your tank”). Being able to finish each other’s sentences was like having the secret decoder ring: you were in (“Do you have the bunny inside?”).

Today’s world has become a smaller place and while big brands are global, their advertising is localized to accommodate cultural diversity and regional customs or preferences. As a global citizen you’ll surely recognize most of the 24 brands whose 30 ad campaigns are featured here even if you may not know the specific product. 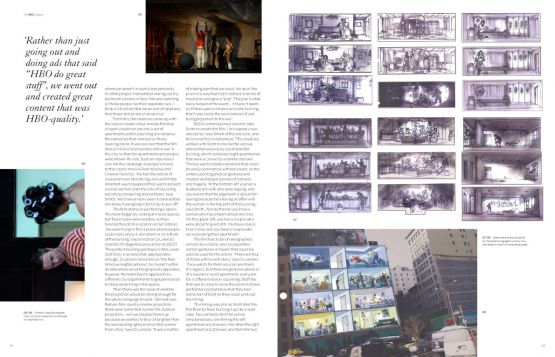 Not only industry professionals will find this book interesting but anyone with an interest in the thought processes that go into ad-making as well as the actual mechanics of translating idea into visual. Having gone back to school (Goldsmiths College, U. of London) Williams was in the last year of finishing her MA in Contemporary Art Theory when she took the gig as senior writer at Creative Review magazine that she still holds. She’s also a regular contributor to a string of industry- and art-related mags and has written a book investigating advertising trends (This Is Advertising, same publisher). As both a practitioner and a theorist she can offer students of the craft enough specificity to appreciate how the business works and what will be required of them should they choose to make it theirs.

“Craft” is, in fact, the common denominator Williams sees in the work featured here, all of which dates post-2000. The decade before that was so dominated by the then-new CGI wizardry that a return to more reality-rooted imagery and concepts was seen as “the next” big thing. Even though the campaigns analyzed here involve new media and patterns of interaction with product (Internet, social media etc.) they are “traditional” in the sense that they are constructed as recognizable, conventional ads—as opposed to, say, the much longer mini movies popularized by BMW which are a much different delivery mechanism. 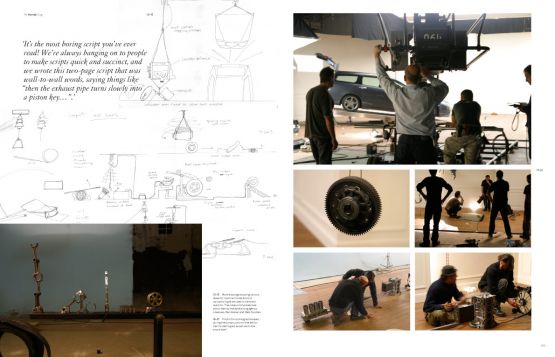 Inoffensively organized in alpha order by brand, each multi-page treatment starts with highlights of the final concept—so as to jog the collective memory—and then explains the client, the product/service, the marketing vision, and the principal players. Little is said, understandably so, about the actual Eureka! moment that sparked the fundamental creative idea. Instead, the focus is on the process of turning an elusive and sometimes poorly fleshed-out whisper of an idea into a bells-and-whistles piece of pop culture. Shown are storyboards, animatics, dialog, alternate proposals, and stills. Lots of anecdotes from key personnel accompany the story. In a way this is like the magician explaining his tricks—it removes the mystery, and a little of the wow effect. Who’d have thunk, for instance, that it wasn’t superhuman muscle control that made the kids’ eyebrows in Cadbury’s milk commercial “dance” but—a puppeteer!

There are more politically correct ways than calling advertising “manipulation” but that is just what it is—even when it transcends its primary purpose. If after reading this book you never look at a commercial the same way (is ignorance bliss??), the book will have done its job!

How 30 Great Ads Were Made: From Idea to Campaign

Le Mans Panoramic »
« Military Low-Flying in the UK: The Skill of Pilots and Photographers