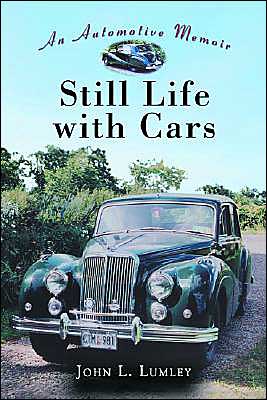 A long preoccupation with old cars is good for at least a couple of good stories. This son of Detroit had a thing mostly for British cars and his engaging memoir takes the reader along, on the road, to barns, and into the bowels of engines.

In real life the author is a professor emeritus of engineering at Cornell University, specializing in aerospace engineering and fluid mechanics, a fact that he believes is going to be seen as incompatible (read: highbrow) with an interest in old cars—the Preface might as well have been titled Apologia.

Along the way various adventures are recapped, such as giving his girlfriend pneumonia in an MG (happy ending—she married him anyway) to visiting John Inskip’s showroom in New York City in 1951. The descriptions of his various projects are quite detailed in terms of both technical aspects and narrative roundness. In other words, it reads well and makes sense.

The book is organized first in chronological order and, from roughly the second half, by marque (all British, after the culturally inevitable VW phase). One chapter is devoted to the Bentley project.

Without fail, readers will recognize themselves in Lumley’s trials and tribulations—and triumphs. Those who aren’t wrenchers (yet) may well think they ought to give it a whirl themselves; the satisfaction of being on intimate terms with one’s car can be quite substantial, even existential, if one stops worrying what the neighbors will think of one’s “dirty, little secret.” Index.