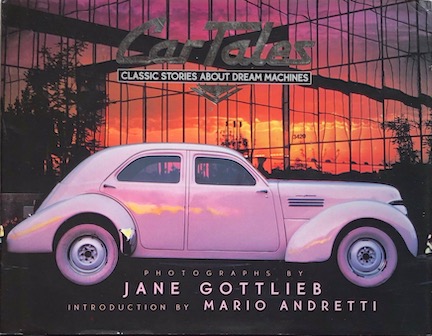 “Cars are the center of my life. I am lucky…”

Here’s a small book that is not easily classified. It would fit nicely on the night table of a casual reader of fiction or of someone who just really likes cars. First we have a collection of five short stories. One is by F. Scott Fitzgerald of The Great Gatsby fame: “The Family Bus.” The playwright/novelist William Saroyan is best known for the 1939 play The Time of Your Life and the 1943 novel The Human Comedy, and here you will find his “Many Miles Per Hour.” If you are a fan of 1950s sci-fi movies, you may recall that Jack Finney wrote the novel The Invasion of the Body Snatchers that provided the basis for the classic film; his contribution here is “Second Chance.” We all know who created Sherlock Holmes and John Watson—Arthur Conan Doyle’s story here is “How It Happened.” It is safe to say that MacKinlay Kantor is the least known of the group, although any US Civil War buff might know his novels; he is represented with “And These Went Down to Burlington.” Automobiles are featured in each story—but you already figured that.

The stories work well enough. And although enjoyable, frankly, they are hardly the cream of great literature. The Fitzgerald story was first published in the November 1933 edition of The Saturday Evening Post, one of the dozens of stories the great man had produced to keep the pot boiling and the party going. As does The Great Gatsby, it deals with the breach between the wealthy and the want-to-bes. Finney’s contribution could well be the basis for a good Twilight Zone time-travel drama. For the rest of the three—we will let you discover each story’s merits and automotive connection. 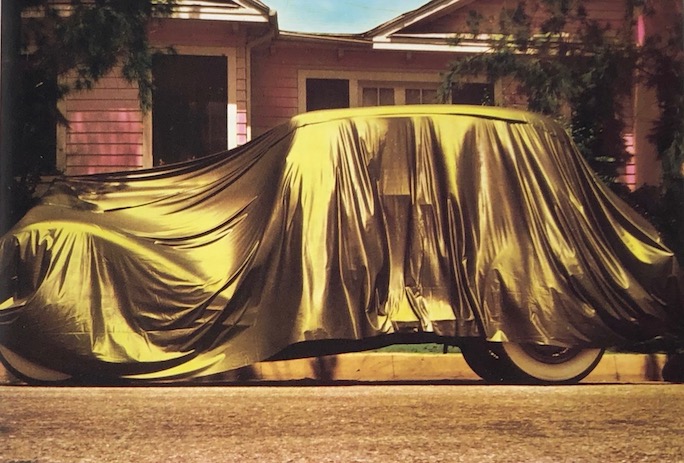 The book’s raison d’être—and this is apart from the short stories—is to showcase Jane Gottlieb’s photographs of motorcars. We have a white 1941 Graham sedan on the cover—note the rear suicide doors. Inside, among others, we find a pink 1951 Plymouth rusting away in the weeds; an unidentified classic draped in a shimmering gold car cover; a bright yellow Citroën 2CV; and some trees, clouds and sky reflected in the red hood of a Porsche. This book would be more appealing to car buffs if Gottlieb had done her homework and, perhaps in an appendix, identified the cars in her illustrations. 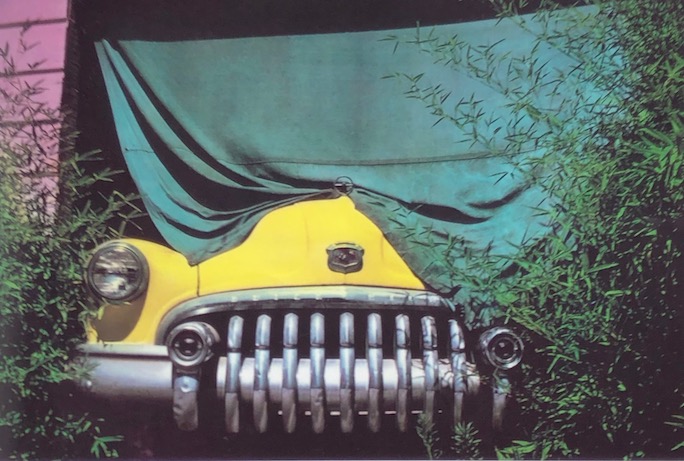 We have to be circumspect as to the colors of the photographs. To quote from her bio, Gottlieb is “as much painter as photographer, [and she] has used her explosive colorist skills…to hand-paint layers of retouching dyes onto her Cibachrome prints, altering reality into a more romantic and fantastic world.” Her illustrations in Car Tales, then, are meant to beguile rather than to offer automotive portraits—and, too, the illustrations do not match the cars found in the stories. There are, certainly, better anthologies of short stories available, as there are better illustrated automotive art books (Steven Sallmieri’s Cadillac comes to mind), but this small book imaginatively weds the two, and the result is a rather pleasant book to peruse before retiring for the night.

Posted Under: Automobiles, Photography | Author: Bill Wolf | No comments yet