45 Stories of Hunting the Most Elusive and Valuable Muscle Cars 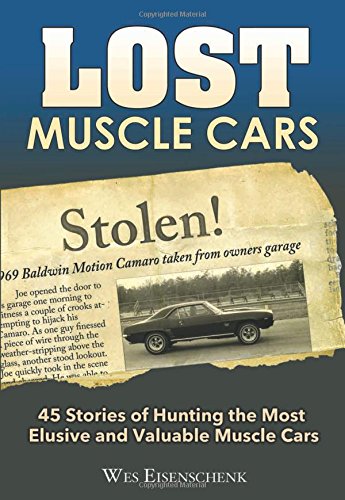 “The abundance of truly spectacular lost muscle cars possibly still in existence is astounding. The list of legendary cars unaccounted for sounds like a roster at the Muscle Car & Corvette Nationals or the starting lineup for the 1927 Yankees.”

Currently there seems to be a category of car-oriented books from a variety of publishers all with titles beginning with the word “Lost.” Some are about locations or facilities, others about some category or type of vehicles. This Lost Muscle Cars book tells of some forty-five cars, each with a history or background that is of some significance but whose location, as of the 2016 publication of the book, might be unknown. Or, as a reader will discover, some of the cars have been found and that “finding” then became part of that particular car’s chapter/story too. 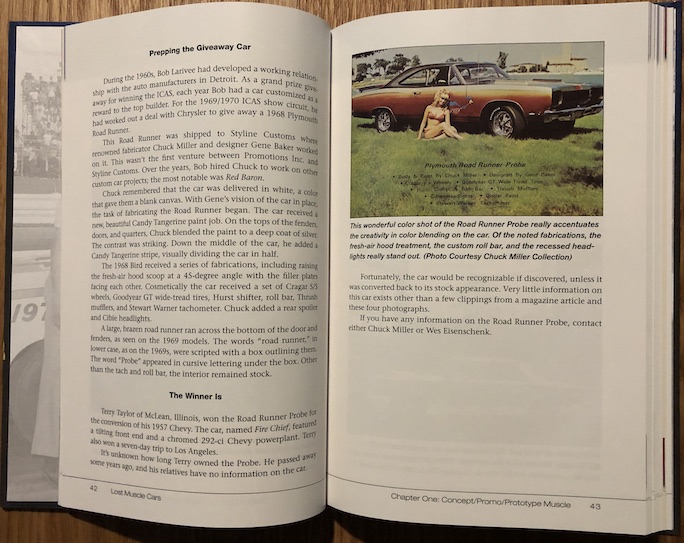 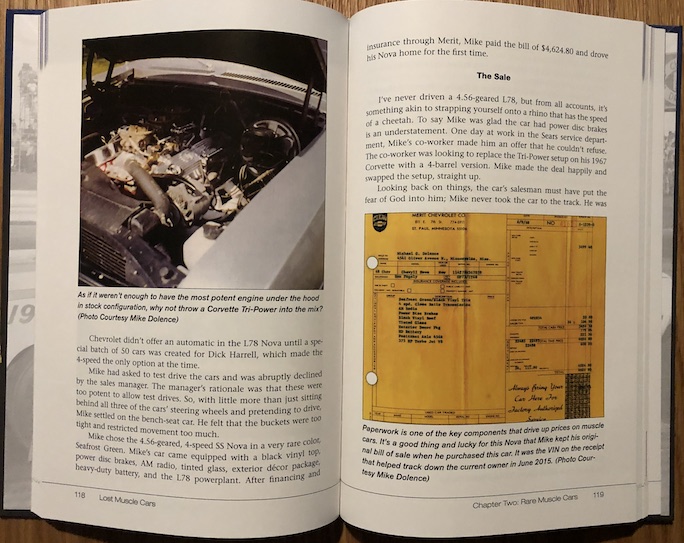 The majority of chapters/stories have shared authorship in addition to the book’s named author, Wes Eisenschenk, an acquisitions editor at CarTech. As Eisenschenk learned the background of each specific car, rather than write from what had been told to him, he’s co-authored those chapters with the various individuals named. So in actuality this book has one author credited on the cover/title page and something just shy of 40 chapter co-authors. 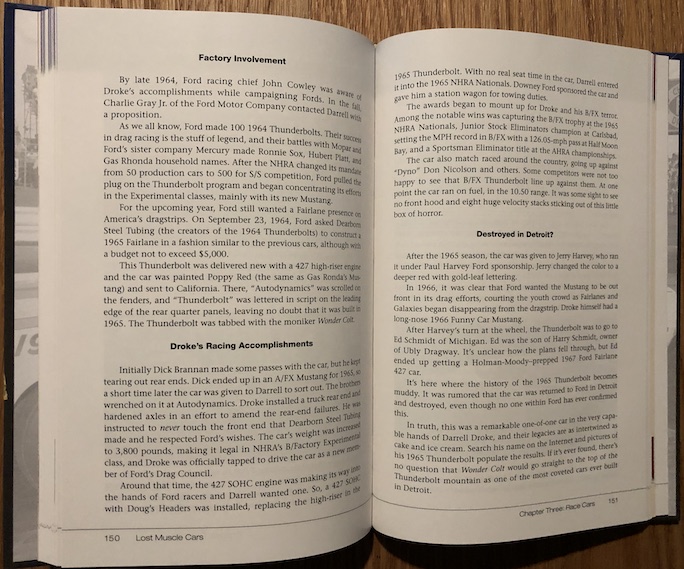 Of the co-authors, two have their own CarTech-published book; Leon Dixon wrote Creative Industries of Detroit and Allen Platt has written a soon-to-be released book on his father’s racing career titled Hubert Platt, Fast Fords of The Georgia Shaker. Another co-author of note is Joe Oldham who had a 19-year run as editor-in-chief of Popular Mechanics prior to his retirement. But when his auto journalism career was beginning he was a staffer at Hi-Performance Cars magazine and personally owned a Baldwin-Motion Camaro that was stolen and has never been recovered. Joe and son Scott recreated the car but the real/original one is still lost and is a story he tells in this book. 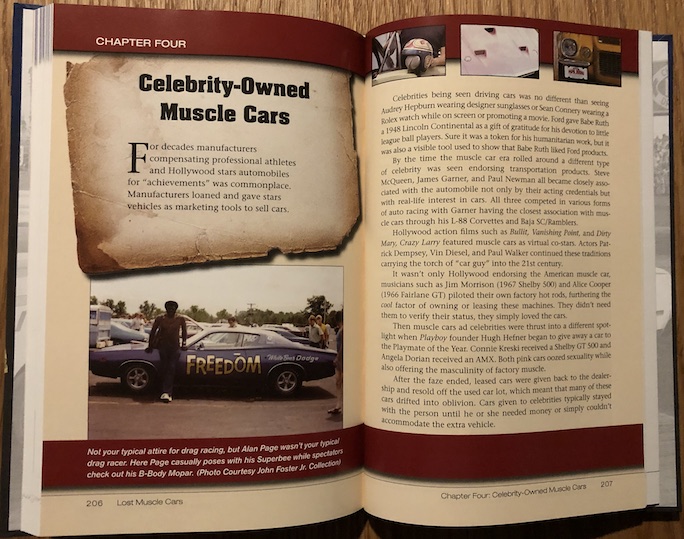 It’s a workmanlike book with the stories organized into four sections or categories:

Each of the 45 chapters is a concise and to the point narrative of a particular car. The writing is light and engaging and nearly devoid of technical terms or material that demand the reader pay careful attention to those details. And with the book itself of a smaller size than many automotive titles, it makes a convenient and pleasant bedtime read.

Whether it was purposeful or just the way it turned out, the cars written about seem to fairly evenly represent products of each of the American producers of those muscle cars from the late 1960s and throughout the ‘70s. It’s a fun little book of interesting and entertaining car stories.