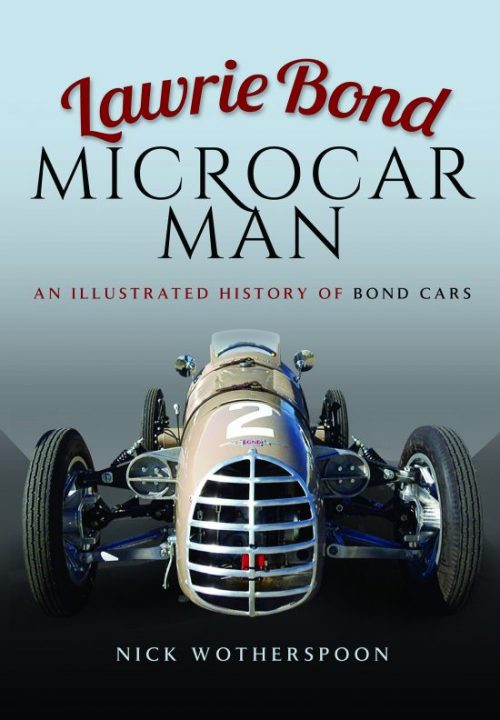 “The once common thread running through the story is Lawrence ‘Lawrie’ Bond himself, a largely forgotten and often misunderstood genius—certainly a talented and accomplished engineer, if somewhat eccentric.”

You may actually recall the name, perhaps even be able to pick a Bond Minicar out of a line-up, but few people today are aware of the whole panoply of two-, three-, and four-wheeled conveyances that flowed from Bond’s fertile brain.

Light weight was his holy grail, though all too often at the price of structural integrity or build quality. As so many British makers, and most especially small ones, his business activities don’t make a straightforward, linear story so this book serves a stellar purpose by straightening things out nicely and make you conversant about a whole slew of colorful names in the transport sector—Sherpa, Oscar, Bandit, Opperman, Gazelle, Lilliput, Monte Carlo, and more. 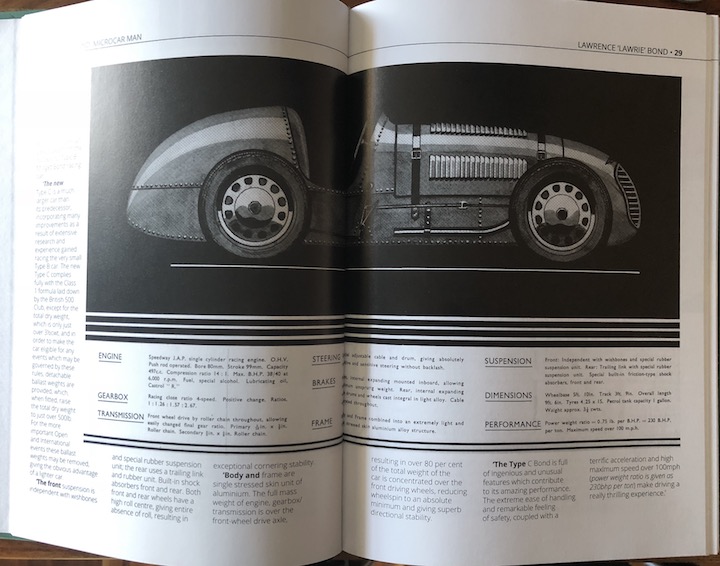 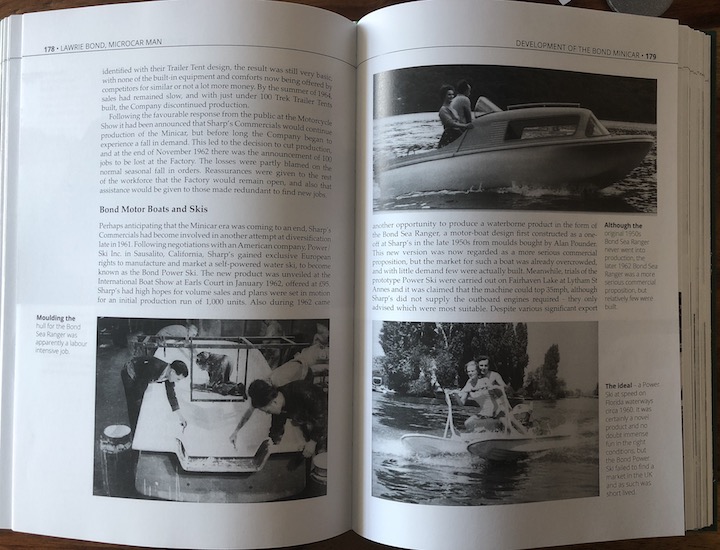 Building on his previous Bond book (Bookmarque Publishing, 1993) which was well received and has become hard to find, Wotherspoon here adds some 130 pages to introduce yet more detail into the record. He is a sympathetic chronicler, partly because he has owned several Bond cars and partly because he has a professional interest in local Lancashire history. Nothing in the new book explains why it has been reissued at this time, not even the new Foreword by Bond daughter Viki. That the Prologue from the 1993 issue has been reprinted makes sense because the writer, the late Lt.-Col. C.R. Gray, was managing director of Sharp’s Commercials and partnered with Bond on some of the more history-making projects—even if he initially rejected them! 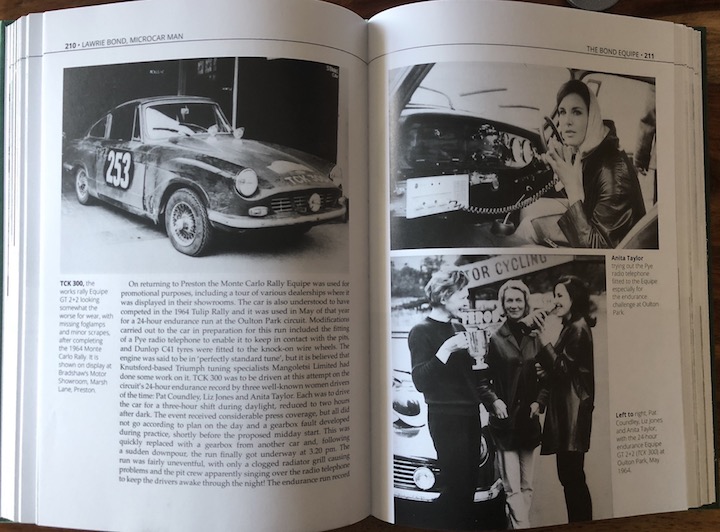 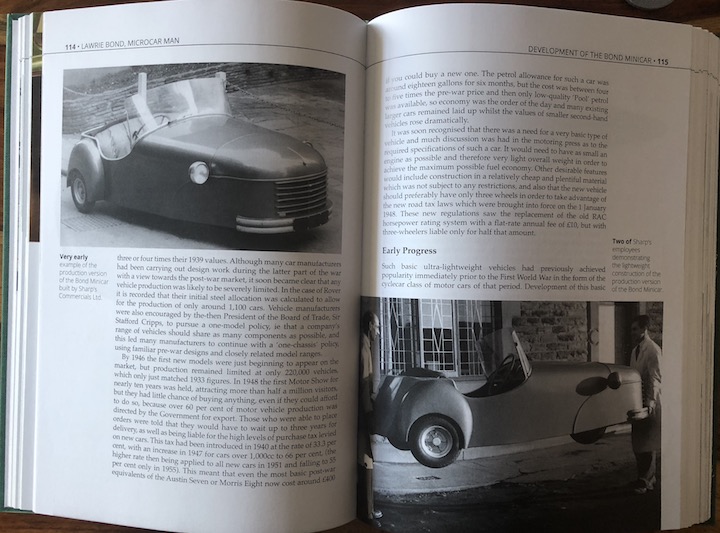 Engineering-minded readers will appreciate Bond’s background in aviation work, notably at Blackburn Aircraft, which gave him experience in the sort of lightweight, stressed skin construction he would carry forward into his road machines. 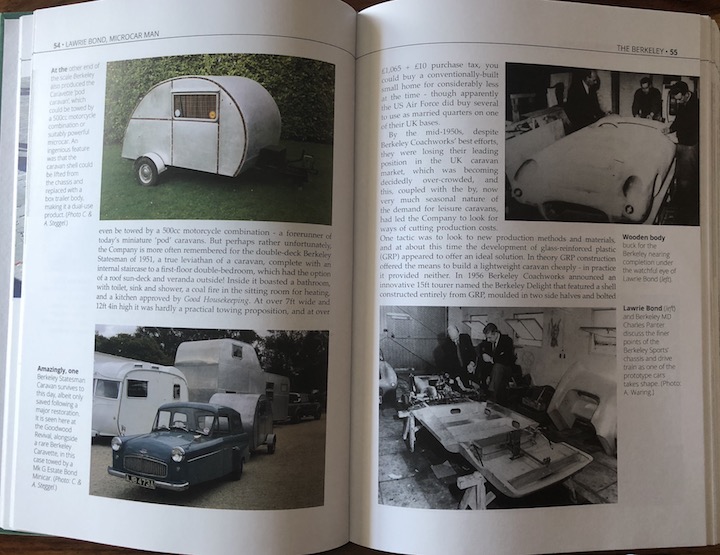 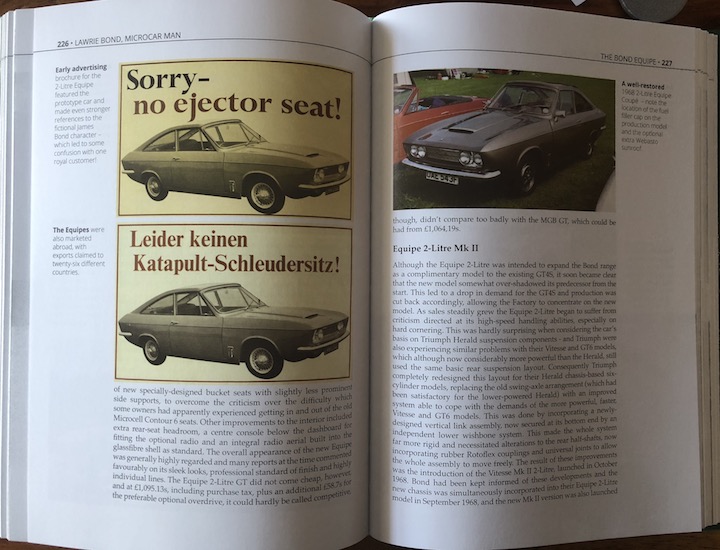 The book is quite well organized and has an exemplary Table of Contents that, coupled with a good Index, makes looking for specific items easy. Illustrations are plentiful, some in color, and include technical drawings and ephemera. Appended is information about owner clubs, museums, and chassis numbers. It is also very well written and on that count alone will make converts who may have never thought of devoting any attention to a maker that too often is merely a footnote but deserves so much better.

If you’re on the fence about Bond cars, consider this: Are you really going to argue with Stirling Moss . . . ? 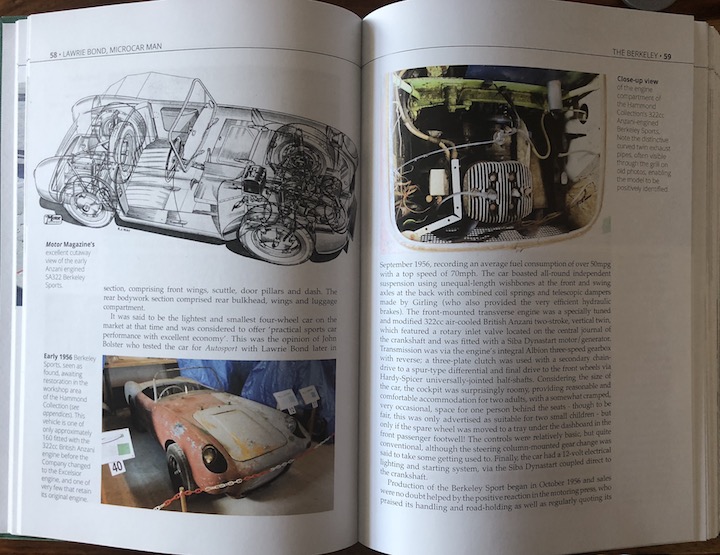 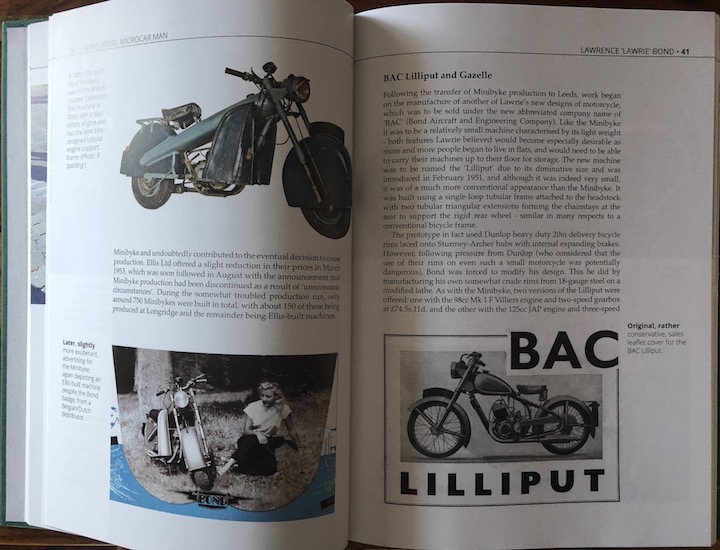 A Clearing in the Distance: Frederick Law Olmsted and America in the Nineteenth Century »
« Lane Motor Museum: A Hobby Gone Wild