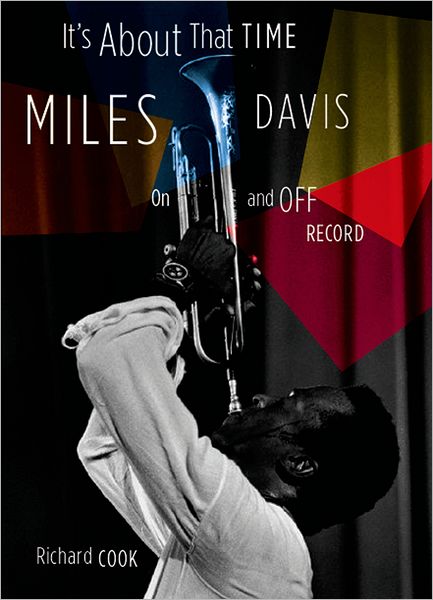 First I should disclose that I am not a scholar in jazz—not by any means. I have listened to various artists over time, LPs to CDs to Downloads, and I have visited clubs in and around New York City. Yes, I have been to the Blue Note and The Village Vanguard. I have seen and heard, live and in person, such luminaries as Dave Brubeck, Betty Carter, Gary Bartz, Evan Parker, Art Pepper, and Sonny Rollins. These I had seen in their later years, not in the full flush of their innovation and invention. And I saw and heard Miles Davis, twice, but again, the Davis that I witnessed wore outsized sunglasses and flowing, vibrant attire, played a luminescent trumpet with an electric pickup, and was accompanied by a large ensemble that included synthesizers and electric guitars. Wandering about the stage, he was obviously in poor health and, although still formidable, both personally and aesthetically, he appeared as but a shadow of his former greatness. The second time I saw him, The Prince of Darkness was not far from death. These, then, are my credentials as I approach Richard Cook.

The subtly complex pun of the title catches the flavor and direction of Time. The book is exhaustively inclusive musically, and although Cook explores various aspects of Davis’ personal and professional life, the intention is not to be a full biography. Each chapter is centered on a landmark album, beginning with The Birth of the Cool (1949) to Miles Davis and Quincy Jones Live at Montreux (1991), and Cook parses and explicates each one in depth, often track by track. Other albums are mentioned throughout the text, along with relevant biographical anecdotes, to support and sustain Cook’s thesis. It is difficult to succinctly pin down a thesis in a book that is as much about discography as it is about appreciative and scholarly criticism, but there is a continuous thread that wends through Time: Davis is an artist on par with a Stravinsky or a Picasso, a seminal and major force in jazz who has produced over decades a body of work that was never static, always evolving, and had continuously and significantly influenced the direction and essence of the music.

Cook tells a wonderful tale through the recordings and biographical incident, a tale of a troubled and put-upon giant, a mean and sour man, who had nonetheless created often a new and incredible music of sundry moods. We see him in the studio listening, directing, playing along with wave after wave of side musicians, and we see him collaborating with the beleaguered producer Teo Macero. One fair thing that Cook accomplishes is a sympathetic and appreciative nod to Macero, an acknowledgement that Macero was under-prized and under-paid for the central role he played shaping and editing Davis’ recorded oeuvre. Cook is also fair and generous to the many musicians that had supported Davis throughout his career, and he is open-minded to the more experimental music of the 1980s and 1990s, despite of his obvious preference leaning towards the Miles Smiles album and those coming before. Cook knows his stuff.

His writing is strong enough to sustain a reader’s interest from first to last and the strength of his scholarship is apparent. What is also apparent is the incredible amount of preparatory listening time that has gone into this work. Davis’ discography is at least twenty pages and it includes such items as the four-CD The Complete Bitches Brew Sessions and the Miles Davis/Gil Evans six-CD Complete Columbia Studio Recordings.The Complete version of the Montreux Davis and Jones sets span twenty CDs. Cook implies that he has gone through them all. Amazing if true. And it is to Cook’s credit that he is not a sycophant; he is willing to disparage the lesser works and the often exasperating and unfiltered experimentation.

The book is illustrated, in black-and-white, throughout. Images of the LP covers are reproduced poorly, some coming out a smudge, and the larger performance photographs are not much better. This is a lamentable because otherwise the book is attractively set; but the shame is to Oxford University Press (and this imprimatur indubitably adding gravitas to the piece) and not to Cook.

Books such as Time tend to be repetitive, but Cook seldom falters. He adds enough evidence of Davis’ womanizing, drug use, cantankerousness and cruelty to add interest and zest. The casual listener, the jazz scholar and anyone in between, then, can appreciate Time. Read it—then jack in your earphones.

Posted Under: Music, Travel | Author: Bill Wolf | No comments yet