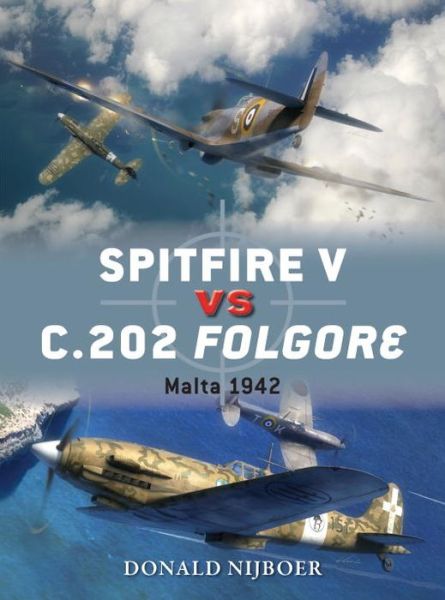 Keeping the Italians and Germans from invading the island of Malta was of critical importance to the Allies in World War II. The two aircraft at the center of this book, volume 60 in this publisher’s long-running “Duel” series, are considered the best fighters of their respective air forces.

Comparing how capabilities and performance of different weapons stack up against each other is standard operating procedure in the military. While the Spitfire and the RAF have been covered in truly exhaustive detail, the same is not at all the case with the Italian air force. Readers familiar with the latter will probably question just how close a Canadian author who teaches radio broadcasting and has previously published on aircraft interiors/armaments could possibly get to primary Italian sources especially regarding the contentious subject of verifiable kills.

Of the several Osprey aviation series, the Duel books have the greatest focus on technical and operational detail whereas the illustrations, here by Jim Laurier (three-views, cockpit diagrams) and Gareth Hector (battle scenes, cover), that are so important to modelers play a secondary role here.

To set the scene, Nijboer points out that the Malta engagement was not the first time British and Italian flyers were pitted against each other. Eleven years earlier a British aircraft claimed the Schneider Trophy in perpetuity after three consecutive wins but that year, 1931, the Italian entry had had to cancel because it just didn’t get finished in time. When it finally was ready it set a world speed record for a propeller-driven seaplane that still hasn’t been bettered. The lessons learned by each side in that contest had a direct bearing on the two aircraft—from the hand of the same designers!—covered here.

Bridging the gap from 1931 to 1942 with a Chronology, Nijboer highlights each aircraft’s design, development, and specs before laying out the strategic situation, tactics, and each side’s preparation for the conflict. This is a short book so don’t expect to have everything under the sun explained! One particularly accomplished pilot for each side is discussed in some detail and then summary remarks address statistics.

Nicely illustrated this little book does the job for a quick look at pros and cons, merits and deficiencies. (Bibliography, Index)

Three Wheelers A–Z »
« Lagonda, A History of the Marque