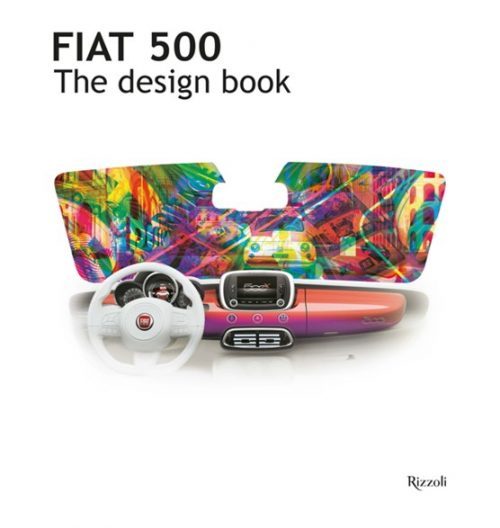 “The book aims to explain not only the genesis and ‘design metamorphosis’ of each model in turn, but also their background. Above all, it demonstrates the contributions of all those who have helped to develop them, in an attempt to imagine what the future may hold.”

If you want to look over the shoulders of car designers and product planners, this book will show you things you wouldn’t see otherwise. If you want to learn about the heritage of the current 500, not so much.

Fiat today likes to position the 500 as “the ultimate lifestyle car,” a description that is sure to irritate enthusiasts of similar purpose-designed city cars like, say, the Mini and Beetle (or, for that matter, Rolls-Royce on the very opposite end). Not all such attempts at dusting off not just an old nameplate but reinterpret the very essence of what once worked are successful, and of these three examples, the 500 has drawn the short straw. Which means somehow contemporary buyers are not connecting with the idea or its execution the way Fiat predicted. And it certainly does not help when a book like this, commissioned by the carmaker and with access to everything in the Fiat archive, utterly fails to connect the new to the old. 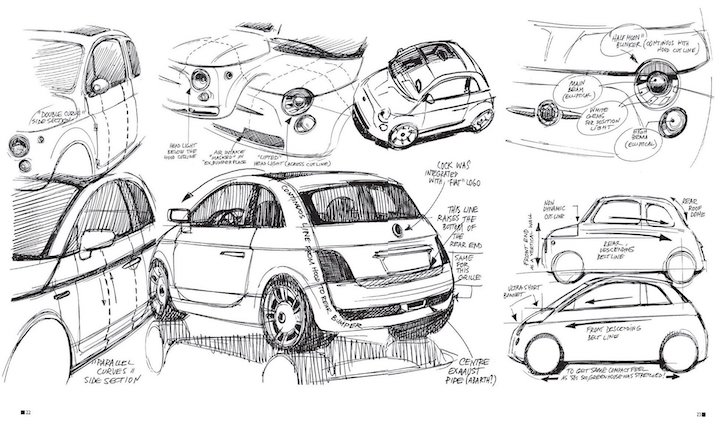 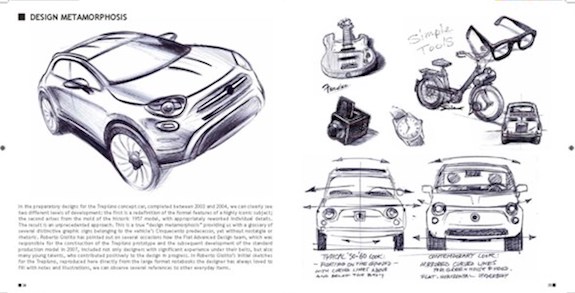 If you don’t already know that the first 500 goes back to 1933, you wouldn’t learn it from this book—unless you figure out on your own that the reason the 500 launched in 1957 was called Nuova (new) implies that there must have been an earlier version. The sainted Dante Giacosa, a Fiat lifer and the man behind the mechanical design of the original and the second-generation 500—not mentioned, never mind the fact that he was director of the engineering division (since 1950) and a key person in making front-wheel drive an auto industry standard. 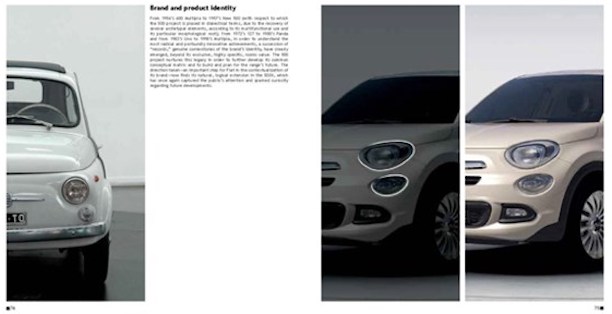 So, know what you expect of this book. But, aside from the Big Picture, for the pittance of a mere $35 the book is simply really nice and fun, with its padded covers, inventive design, colorful graphics and, yes, exposition of a story line. You really will see how big the challenge is for a designer to grasp the essence of the original and then carry it over as a recognizable idea but packaged and manufactured totally differently. Nothing about this is easy—whatever terror the blank page holds pales in comparison to the expectation to be able to capture lightning in a bottle a second time. Ruining a once famous, iconic, successful car model does not look good on the ole CV! 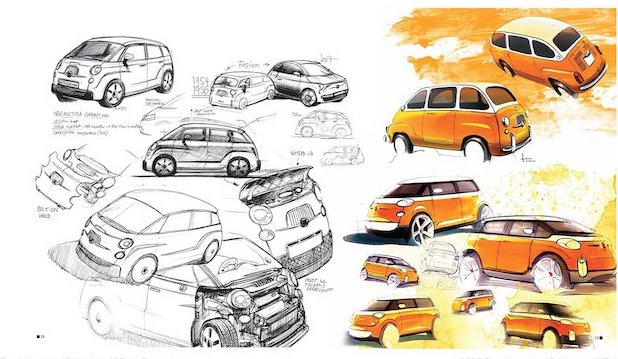 Even if you don’t give a hoot about the Fiat 500, this book open your eyes to such things. Moreover, anyone with an interest in how a task-oriented consumer good rises to the status of cultural icon will appreciate the timeline chapter that takes us from the 1950s (cf. the Bialetti espresso maker) to the 2010s (Robert Fliri’s “Vibram Five Fingers”).

The Spitfire: An Icon of the Skies »
« The Avro Manchester: The Legend Behind the Lancaster