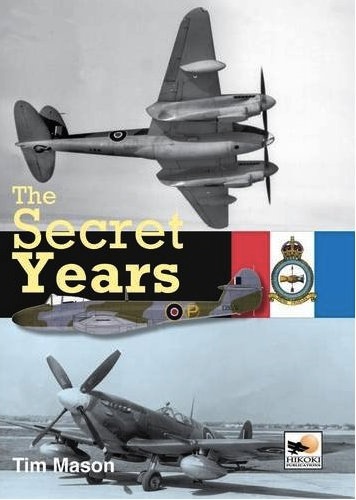 Readers new to this topic need to realize first of all that this book does not only concern itself with British aircraft, and their armament and equipment, but also US and even a few German ones—over 1500 in all. Not everything that was tested at the A&AEE (Aeroplane & Armament Experimental Establishment) made it into production—this being the whole point of this exercise—so there are also a number of experimental craft covered here.

Tim Mason spent nearly 30 of his 40 years as a flyer as a test pilot, six of them at the very place this book is about, RAF Boscombe Down in Wiltshire, England. This venerable institution has its roots in the Central Flying School (CFS) established in 1912 and the oldest one known. He was not there during the period this first book covers, the World War II era, but during the period of the sequel, The Cold War Years: Flight Testing at Boscombe Down 1945–1975 (2002, ISBN-13: 978-1902109114). Both books draw extensively on long-classified material from the A&AEE files so the vast majority of photos, especially in the first book, have not been published before. 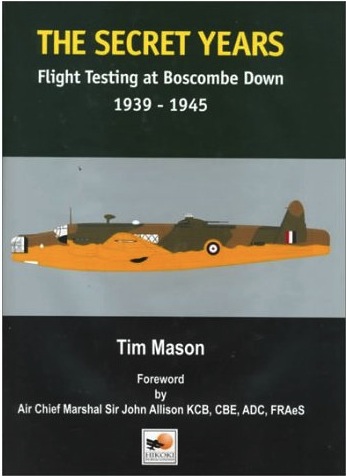 If aviation history is on your brain you’ll recognize the name of this publisher, Hikoki, as a benchmark for serious literature. Their almost 50 titles will make your bank balance poorer but enrich you in other ways. If you have sense of déjà vu about this very title, right you are. First published in 1998 the book being reviewed here is an enhanced and expanded revision. If you have the first one, you could certainly live without the new edition if the data alone is your main interest. The new edition runs 48 pages longer, largely due to an entirely overhauled layout with new type styles and partial reorganization of chapters and sections (the type is larger too).

A very distinct improvement is that the ca. 90 color profiles by M. David Howley are now placed right by the aircraft they belong with instead of a 14-page color section in the middle of the old book that put them totally out of context. They were custom made for this title, and very nice, but Howley is not even credited in the 2nd edition. The photos have been reshuffled in a major way, some appear to have been tweaked in terms of contrast or sharpness, and there seem to be fewer than before. All these changes make the new book easier on the eye and more modern.

Divided into two parts, each with its own introduction, the book begins with a summary of the history of the A&AEE and the physical arrangements at the Boscombe Down site. Key points here are the fact that the Establishment was already well established when war broke out and didn’t have to be set up from scratch, greatly facilitating its contribution to the war effort, and how the A&AEE fit into the overall picture in terms of jurisdiction and administration.

Part II makes up the bulk of the book and examines the heart of the matter: the aircraft. Individual chapters cover specific types or, rather, applications. You’ll want to read the introductory remarks attentively to understand why certain models ended up in categories you might not expect them to. If in doubt, consult the exemplary Index! Mason sifted through a variety of standard reports used by the A&AEE, over 4000 of them. Since the pertinent information he distilled out of them had to be squeezed into one manageable book, the aircraft descriptions are of necessity brief and bristling with specs and data; while eminently “readable” there is minimal narrative—this book is less about reading cover to cover than looking things up.

A separate section at the end of Part II presents Performance Tables in the same order as the earlier text, making it easy to page back and forth for additional detail and to compare at a glance models and types. Appended are a list of principal A&AEE staff, an honor roll of personnel killed while testing (this is merely a chronological treatment with no details as to the incident), the functions of the various entities at the A&AEE, a summary of flying hours, dates and outcomes of tests of production aircraft, a list of “rogue aircraft known to have been tested” which probably raises more questions than it answers, the results of certain bomb loading trials, and other units that were in residence at Boscombe Down.

Photos are large, of remarkably good quality both in regard to source material and reproduction, and mostly of revealing detail (no wonder they were classified!). The photo captions are very thorough and specific to the photos; they call out many items the casual observer would never know to look for.

This is quite a technical book and, even if unintended, this review is too. If you take away only one thing from all this verbiage, it is this: splendid book; you want it. Mason hasn’t tired of the subject either and further expanded the scope with a 2011 book on experimental seaplanes and flight testing, The Seaplane Years (ISBN-13: 978-1902109138). You’ll want that one too. And all other Hikoki books. Better start saving.