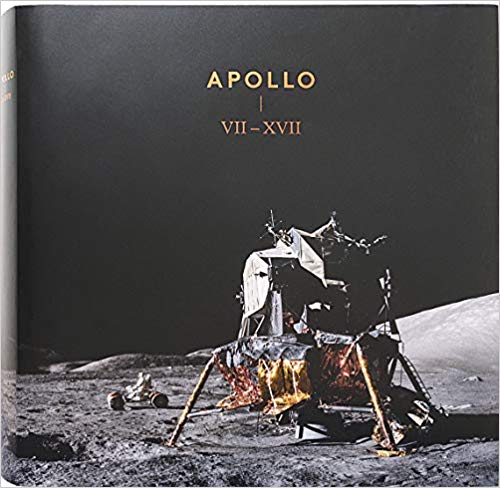 “The Apollo astronauts are hailed as being some of the greatest scientists, adventurers, explorers and heroes, but rarely are they portrayed as some of the most significant photographers of all time.

Their photographs are undoubtedly some of the most iconic and well known ever taken.”

It’s a good time to brush up on the Apollo program, and not just because it’s the 50th anniversary of the moon landing but because the moon will make news again before you know it. The US is committed to returning astronauts to the moon by 2024, private companies aim to do it sooner. The program is named after Apollo’s mythical sister Artemis, goddess of, among other things, the Moon. And this time around its not Soviet cosmonauts who are the bogeyman but the taikonauts of the Chinese space program that has already deposited a station on the far side.

If you believe the moon landing didn’t happen, move right along. Nuthin’ to see here, folks. Everyone else: savor this book! Even if the technical aspects of shooting rockets into space is a meaningless waste of money to you, embrace the notion that the space program represents an utterly unique stage in human evolution. On July 20, 1969 a world as divided as ever really did stop in its tracks, however briefly united by being on the cusp of something this species had never done before. A giant leap for mankind. 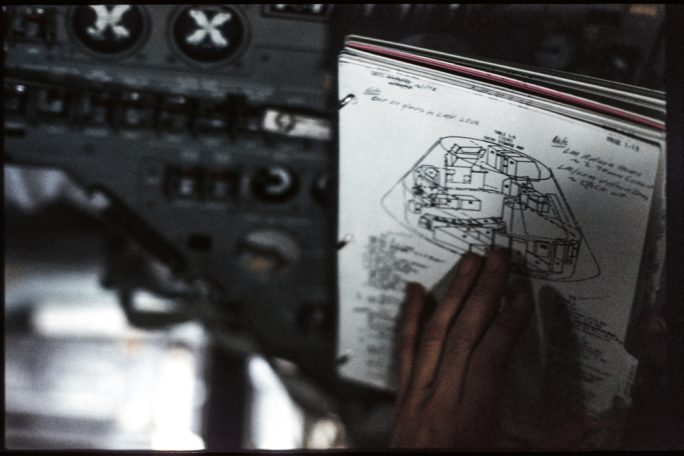 This book required a special kind of unity too: it began with a Kickstarter campaign in 2016 when it hadn’t found a publisher yet (and surpassed its $36,243 goal). The names of the backers are “immortalized” in the book, much like NASA’s Chief of Photography admonishing his astronauts: “When you get back…you will be a national hero. But your photographs…they will live forever.” The point of his speech was to get them to take good photos—which was much more complicated than waiting for the proverbial Kodak moment and saying “cheese!” (Kodak did, incidentally, provide the film, a special thin-polyester base to get more exposures per roll and that had to work in unknown lighting conditions.)

Obviously there exists a pile of photo books. This one is exceptional in terms of bookmaking, photo selection and reproduction, and context (and, if it matters, the low price). NASA has over 27,000 Apollo photos on tap, of which 225 have been selected for this book, with input from the Hasselblad and Zeiss archives, and while there are some you will have seen before, these ones were specifically chosen for their “photographic merit” and to add new material to the published visual record. 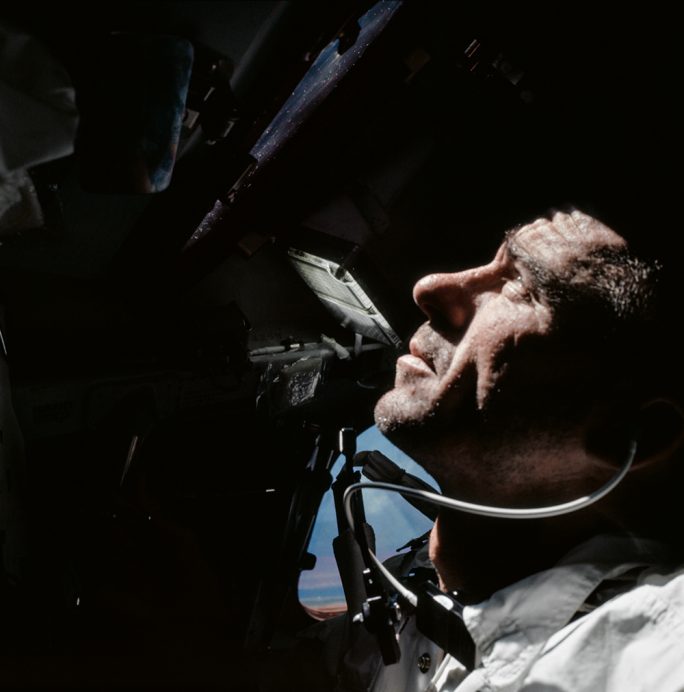 German publisher teNeues is known for ludicrously oversized books. Books that bend coffee tables and snap wrists. The one time you wish a book was that big, it is this time. Instead, space, the final frontier, stuffed onto 11 x 11″. It ain’t right! No matter, this photo book has things to show and things to say. Besides, many of the photos included here are available for purchase in a variety of sizes and framing/mounting options on a dedicated website that also contains good detail about the equipment used, the processing of the original material, and before/after examples of restored/tweaked images. 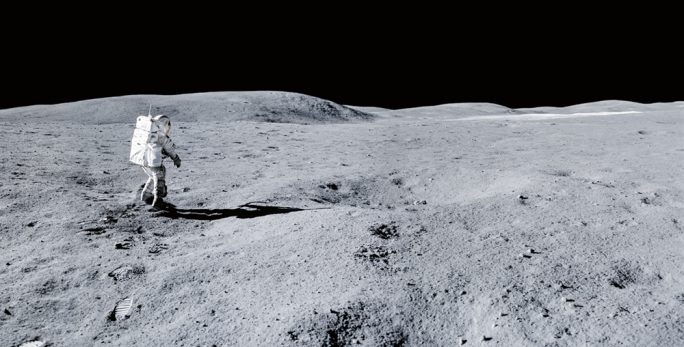 This latter aspect is something a terrestrial photographer probably never thinks about: taking photos in and from space is subject to totally unique parameters, from atmospheric density to shooting through thick glass (19 mm quartz panels, which on the first flight progressively degraded over the course of the 11-day mission) to the angle of the spacecraft. And then of course there is the enormous distance to Earth.

As if astronauts don’t have enough to learn already, Walter Cunningham, who wrote the superb Foreword in which he addresses such matters, received two years of training on just the photographic equipment (modified Hasselblad 500C, 80 mm lens, 70 mm film) before it went up for the first time, on Apollo VII where he took the majority of the photos and “wrote the book” on it. 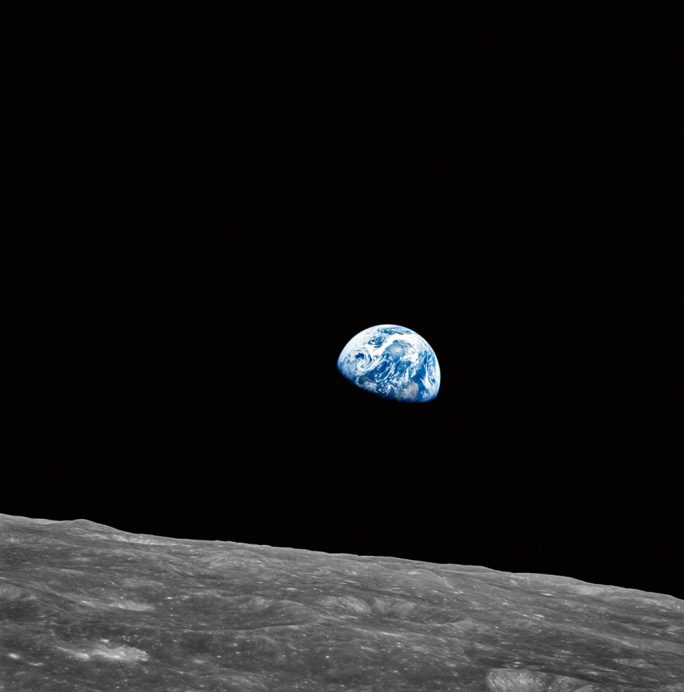 Other than introductory material on how the Apollo missions fit into the overall space program the book contains no narrative but for a brief snapshot of each of the 11 manned missions, and photo captions.

The book is divided by mission so the former precedes each one, listing the mission number in both Arabic and Roman numerals (a sad testament to the times we live in?), crew names and bios, launch and splashdown dates, and a brief mission recap with stats and tasks, and photo-specific commentary. That the photo captions have been moved to the end of each section is obviously so as to not interfere with the visual impact of the mostly full-page photos. In a few cases the whole of the original photo frame is being used, showing the sprocket holes or scribbles just to convey that period flavor. As the book has no Table of Contents (it does have the mission number on the tops of most pages) you’ll be looking for the one black leaf that marks chapter transitions. A closing chapter explains the gear, much of which obviously custom-made and freshly invented for use in space (with the attending trickle-down benefits to ordinary earthlings). 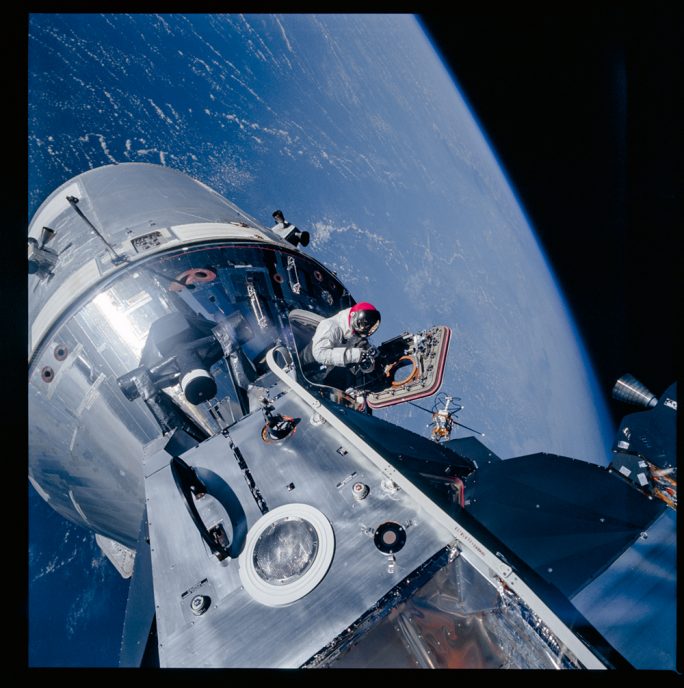 There’s another thing worth pondering: you’ve looked at the world through sunglasses and know that the colors you “see” are not the ones things really are. Even people who’ve walked on the moon (12 in the Apollo program) can’t agree on its surface color so the authors have chosen to deviate from whatever consensus opinion has determined the “correct” shade of grey and adjusted contrast/sharpness as needed to bring out each photo’s optimal “aesthetic beauty.” 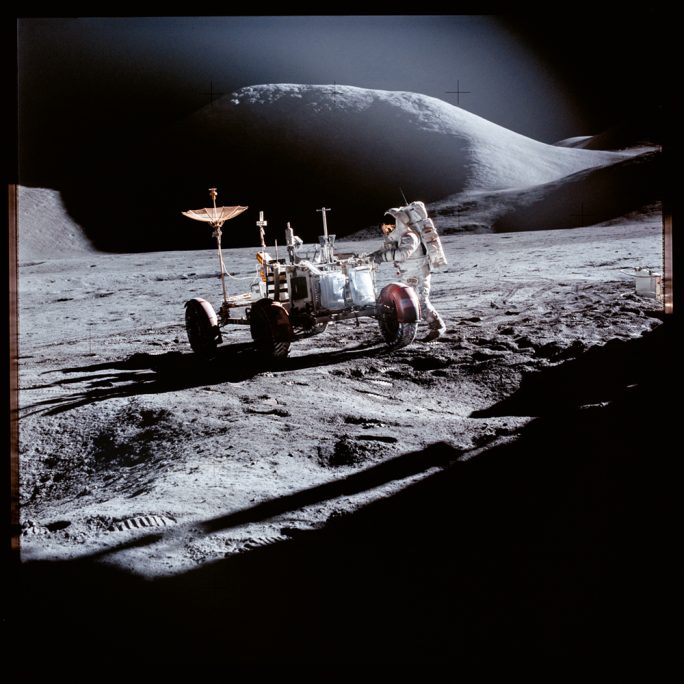 And another curiosity: Cunningham reports that they had strict instructions not to photograph China from space. He writes they “never saw the surface” even if they wanted to, due to impenetrable smog—already more than 50 years ago!