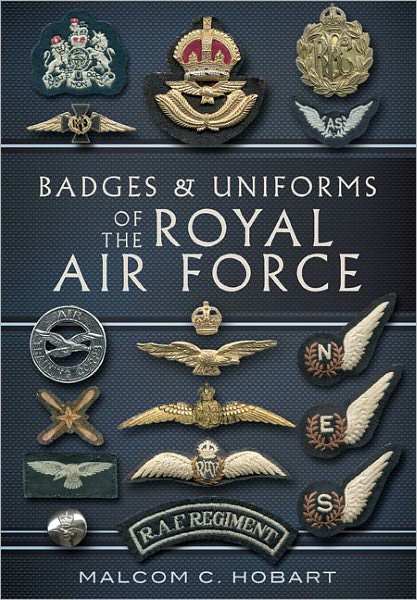 Next time you read a book about RAF personnel or, better yet, examine photographs you’ll want to have this book handy lest you can’t tell your Flying Sergeant from a Judge Advocate. The book, too, is small enough to handily fit into a coat pocket so you can take it along when you’re scouring fairs and flea markets for insignia worn by the Royal Flying Corps (but little about the RNAS), RAF, RAF Reserves and Auxiliary Service, Air Training Corps, and the Royal Observer Corps.

Small though it is, the book doesn’t cover just badges and uniforms (the latter less thoroughly and without any illustrations except of the sewn-on insignia) but also some background on the services themselves.

This 2012 edition is a reprint of a book first published in 2000. One would think, and have hoped, that some of the necessary corrections had been made in the intervening years. No such luck; even the almost offensively incompetent typesetting are still in evidence. There’s no Index, minimal cross-referencing, and photos and text are not always satisfactorily matched.

Hobart himself served in the Air Training Corps and certainly has gone to great lengths to research the material. Yes, the book serves its stated purpose as a collector’s guide, and for better or worse there’s still nothing quite like it. It is, however, not “definitive” or all-inclusive—which seem entirely attainable goals given the finite subject matter.

The quality of the photos is such that you can often see the individual thread/s in cloth badges!