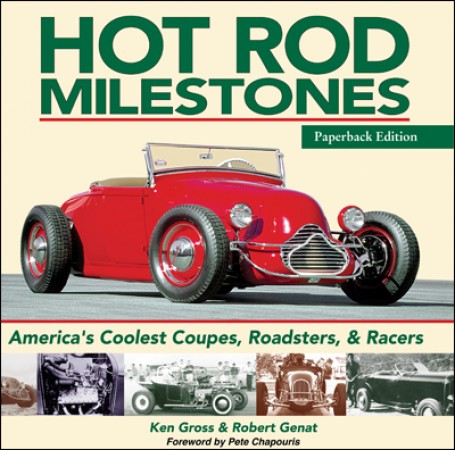 “If a hot rodder builds a car that succeeds and looks good in the process, it’s a sure bet that their efforts will be duplicated, in part or in whole, by future hot rodders. That’s what this book is about—cars that, by virtue of their performance and style, defined what a traditional hot rod looks like today.”

A year after this book was first released in 2005 (slightly different format, same contents) Ford Motor Co. gave 25 hot-rod experts the task of choosing the 75 most important rods derived from just one model year, 1932 Fords. The first round of balloting produced . . . 474 nominees.

The two authors of this book were among those 25 selectors. It took nine months to pare the list down to 75, and the 67 of those that had actually survived and could be found were put on display at the Grand National Roadster Show. Shows like that and books like this are the only opportunities to see significant cars in one place.

What is remarkable about those numbers is that there were so many candidates exceptional enough to be considered worthy of inclusion, and the high survival rate. The latter is certainly in some measure due to authors Gross and Genat unwaveringly advancing the cause of the rod.

The quote above is pretty clear as to the criteria for the cars that made into this book: a lasting influence. “We can’t give you lessons in hot rod taste, but we can give you the history and show you the details that make these cars icons.” 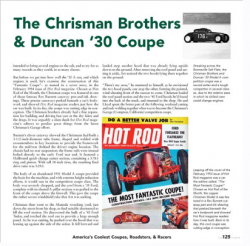 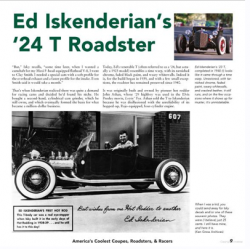 Gross, a former director of the Petersen Automotive Museum in Los Angeles and a widely published automotive writer, is intimately familiar with many of the cars featured here.

Genat too is a name recognizable by anyone familiar with the literature and, in his case, the photographic record. Both men own or have built rods themselves so their hands-on experience and industry contacts mean that their choices for the 25 cars they showcase here are well considered (see Table of Contents, below). 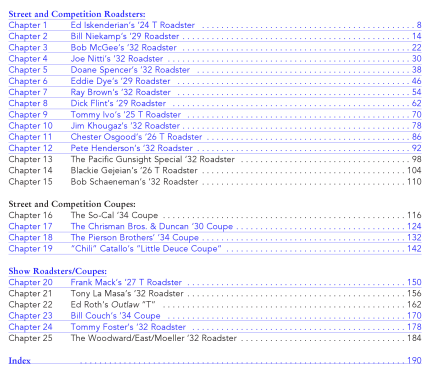 Only cars from 1924 to 1934 are presented. Divided into roadsters and coupes and then by street/competition vs show, each car’s build, technical bits, ownership history, and influence is discussed on 6–8 pages. Many thoroughly captioned period and modern photos along with quite a number of magazine covers illustrate the very engaging writing. 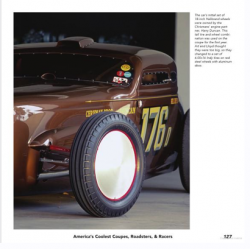 Small though it is the book packs a big punch and gives especially readers new to the subject an intelligent reference point.