How an Outcast Driver, An American Heiress, and a Legendary Car Challenged Hitler’s Best 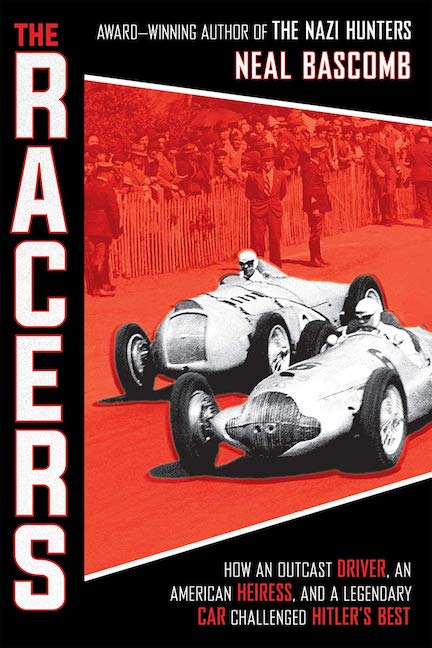 Previously reviewed on this site is a book titled Faster by this same author, Neal Bascomb. The stirring true story told in that book was a natural for adaptation specifically for the YA (young adult) reader, a task that Bascomb happily undertook. The new book, titled The Racers, is published by Scholastic Focus, an imprint of Scholastic Inc.

Scholastic, in business since 1920, focuses exclusively on covering national and world affairs including sports, literature and the arts, for the youthful audience of readers in order to “cultivate minds and enlarge understanding.” The Racers’ story, with its fine role models—a skilled, winning race driver named René Dreyfus, forbidden by his Jewish heritage to drive for any German or Italian team, is hired by the American-born team owner/manager Lucy Schell to drive the Grand Prix car she has commissioned to have built by Delahaye to her specifications. 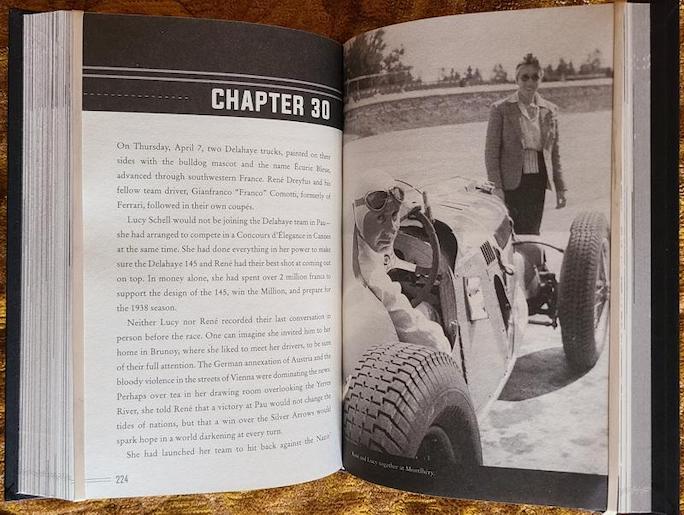 The Racers tells their dramatic story as together they dare drawing Adolf Hitler’s attention to themselves thus risking his enmity—maybe their lives—by challenging Hitler’s personal and well-financed racing teams and cars in Grand Prix racing. As the subtitle suggests; How an Outcast Driver, An American Heiress, and a Legendary Car Challenged Hitler’s Best. A triumph over his teams will embarrass and humiliate him before the entire world. 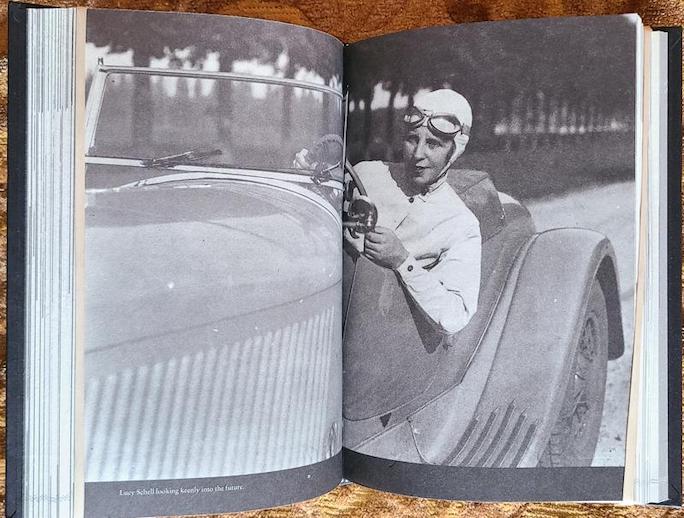 Lucy Schell; the team owner/manager was also an accomplished driver. Image from the Richard Adatto Archives

A guiding precept for a YA book is to spark young readers’ imagination and whet their appetites for topics that probably lie outside their sphere of interests. As the adult version, Faster, was adapted for the YA audience, each Faster chapter became three chapters in The Racers, each more tautly worded with well-illustrated, action-oriented narrative. Thus The Racers contains half-again more photographs and some are even two-page spreads. An irony not lost on your commentator who often reaches for reading glasses, especially for smaller type faces, the YA version is double-spaced and uses a slightly larger typeface. 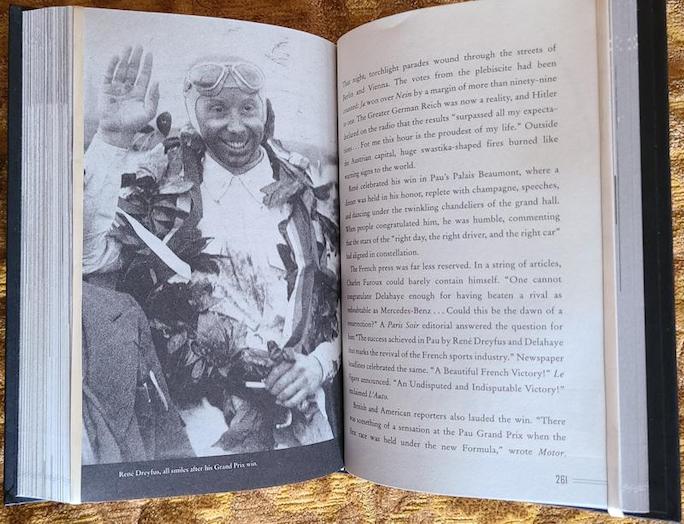 Author Neal Bascomb added special words introducing the chapter end notes in which he puts special emphasis on the importance of documenting sources. Then he provides an overview describing how he goes about conducting his research.

As with Faster, The Racers tells a grand adventure story. It is a compelling non-fiction read tailored for the Young Adult reader. 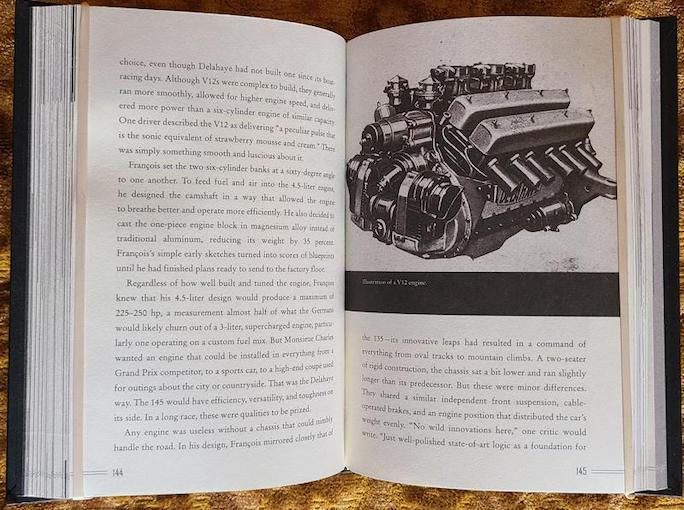 A Delahaye V-12 engine illustration from the Richard Adatto Archives

How an Outcast Driver, An American Heiress, and a Legendary Car challenged Hitler’s Best

Posted Under: Automobiles, Racing, Rally, Youth and Young Adult (YA) | Author: Helen Hutchings | No comments yet