by The Saratoga Auto Museum 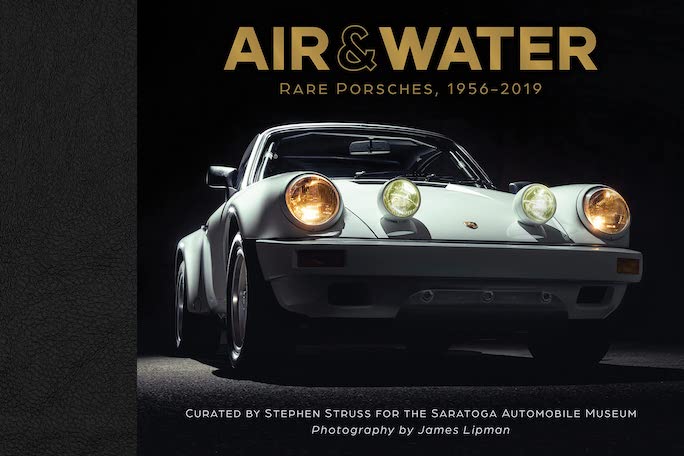 This book showcases some of the Porsches in the collection of New York architect Steven Harris. His firm has done award-winning residential and commercial work, which is relevant to cars insofar as an architect deals with some of the same form factors a car designer does, from which follows that an architect’s choice of collector car must bespeak a particularly informed esthetic (he is also a Yale professor of architecture, meaning he thinks about form and function on a higher level). There is no question that the specific cars he chooses reveal connoisseurship but, for reasons unexplained, that is not an angle this book explores, focusing instead on photo-heavy descriptions of the generic model with only incidental reference to the Harris car. Harris himself is almost entirely absent from the narrative, appearing only one time, in the coverage of a 1973 911T well-known by a nickname that incorporates his initials: the SHTang, custom-built in 2006 by Windrush Evolutions Inc. aka Wevo. Hardcore Porsche enthusiasts only need to hear that name to ramp up their level of interest, or the name of Rob Dickinson of Singer Vehicle Design whose commentary here about this car is picked up from his own book.

There’s another thing absent: an explanation of why a book that is “inspired” by two 2021 museum shows of 30 Harris cars (16 in the “Rare Air” exhibit in May and 14 in the “RS” exhibit in September) has whittled them down to only 22. This is all the more begging for clarity as the RS show was subtitled “Rennsport: The Complete Porsche 911 RS Collection,” the emphasis being on “complete” because outside of the Porsche Museum in Germany, Harris has one of the few complete collections of 911 RSs in the world.

Contributor Richard Meaden describes this 1984 SC/RS as a car “with near-mythical status.” It is a true homologation special, only 20 were made, of which 15 went quietly into private hands. Ever seen one??

2021 was a big year for Harris’ cars in another way, having been invited to exhibit them at Lime Rock Park’s Historics Festival which each year recognizes a noted collector. It partly overlapped with the RS show at the museum so the cars had to be moved from Florida to Connecticut. An interesting story in itself but not referenced in the book; you’d think that being the author of record the Saratoga Auto Museum would have wanted to use that as an excuse to say a little about itself.

The cars are presented chronologically, each on about 10–12 pages of mostly photos (the book is landscape). Overarching narrative pertaining to generic model or specific Harris history is sparse, and in most cases takes the form of Driving Impressions penned by one of several auto journalists whose names you would recognize (the back cover mentions 6 but only 5 have bylines in the book). The writing is such that one cannot say with certainty if it is about the specific Harris car shown; in at least one case a photo of a dashboard happens to show an odometer reading that yields a strong clue that it is not the car the text describes (which is about Porsche’s UK press car). Doesn’t really matter, but is lack of clarity ever a virtue? SHTang, incidentally, is the only car to warrant a detailed run-down of specs.

One area in which the book very much has unique content is the excellent studio photography by James Lipman, a British pro shooter living in the US about whom nothing is said either. You’d definitely recognize his name if not his distinct technique/style from all sorts of automotive media (Porsche folk have to look no further than Panorama magazine) but readers would surely appreciate the intelligence of his pictures more if the book gave some background. That he owns, among others, and wrenches on a 1968 Porsche 912 only helps his familiarity with Porsche shapes and features (he also owns and flies small aircraft, another useful activity for developing a sensibility for things mechanical) but he is also very articulate and deliberate about how a commercial photographer thinks and works. Getting into that was probably beyond the scope of the book but even a few pointers would suffice to send a curious readers on their way to dig deeper on their own.

If you know your way around a proper camera, and lenses, and lighting, and reflection you will look at these images with wonder. How does Lipman get those different textures so realistic? Open, the book is 2 ft wide so you’ll really get a good look.

So, what this book can deliver depends on what you ask of it. It is neither a catalog of museum shows nor a sweeping model history nor a collector profile. Besides, the Harris cars are too special, too unusual to be representative of a cross-section of air- and water-cooled Porsches. Collectively they are worth dozens of millions but he does drive them and so there’s a good chance you’ll see him/them in the wild—meanwhile the book will bring them to you, and the Lipman photos will teach you as much about the cars as the finer points of very, very sophisticated photography. 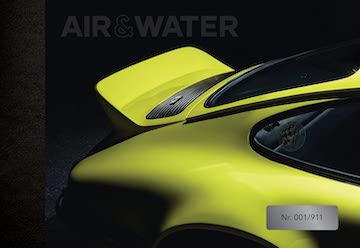 Worth noting: the publisher, Schiffer, has a most deserved reputation for high production values and well made and thought out books. What they do not often do is offer special collectors editions but there is one in this case. Limited to 911 numbered copies, ISBN 9780764365386 has the same contents but a unique cover with individually numbered metal plate, an art print of an image from the book, and a cloth clamshell case, $250.

by The Saratoga Auto Museum