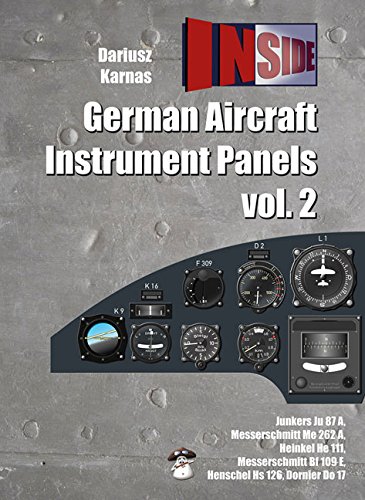 After examining volume 1 we opined “a good idea but imperfect execution. Nicely bound and printed, though!” Vol. 2 is, as Yogi Berra would say “déjà vu all over again”—except, of course, different aircraft:

The drawings portray the entire panel with instruments in place, then the same panel in which numbers replace the instruments/controls accompanied by a legend stating each (well, most) items’ function/name as well as the corresponding German name and the part number. 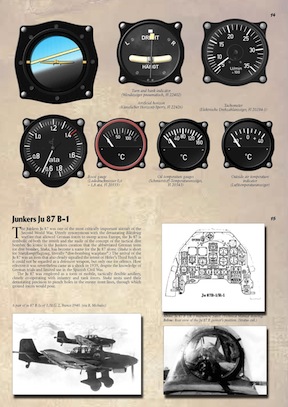 New this time is a life-size 31 x 22″ poster on glossy paper of the Bf 109 main front panel—complete with “scratched” edges on the metal panel (see bottom). Very cool. Pity that it contains four typos . . .. Modelers, who will be the main consumers of a book such as this, are by nature eagle-eyed but if they work at this level of detail customization they will also have dealt with cockpit controls before and have seen photos or have other reference material so the typos shouldn’t throw them. 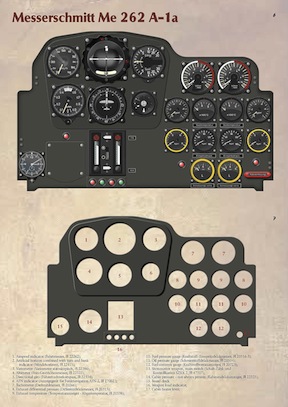 As before, the book is printed in landscape format but the binding and cover are portrait so the books stands nicely upright on the shelf. Each aircraft is introduced with a few general comments and several period photos of the aircraft and, in the case of the Me 262 and Bf 109 a modern-day museum color photo. Some of the line art is in the form of reproductions from manuals and handbooks but the Revi 12 gun sight is also rendered in a modern walkaround-style color drawing. This as well as some other items also come with a scannable code that takes you to interactive material on the publisher’s website. 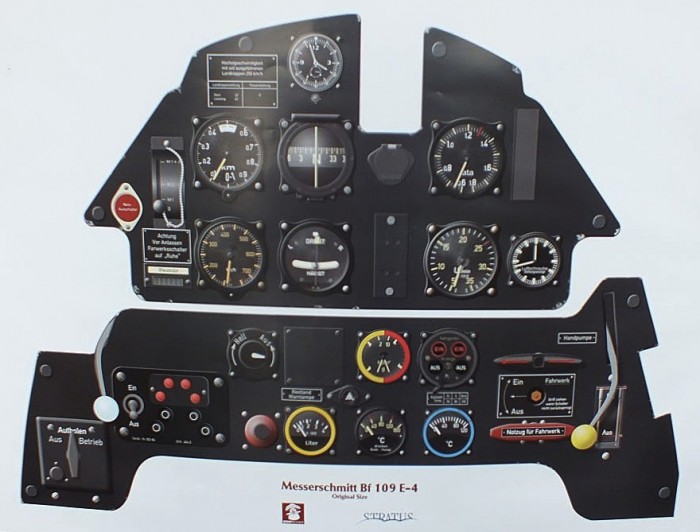 The Complete Bentley »
« The Last Days of Henry Ford