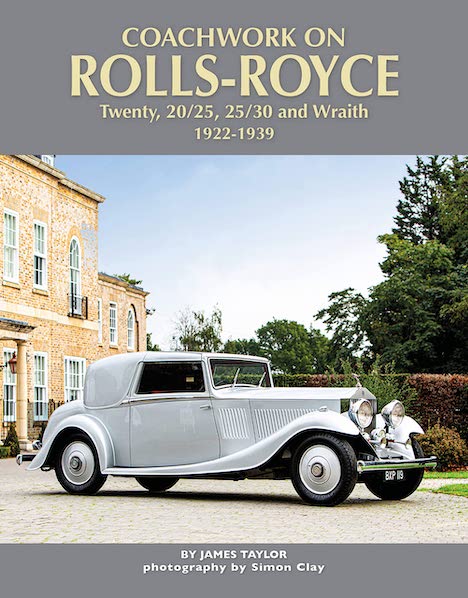 “Although the body styles of the 1920 are more of a matter of taste, there is general consensus among car enthusiasts that the 1930s produced some of the most attractive car bodies ever designed, and that a good number of those were erected on Rolls-Royce chassis. But even though a look through the diversity of styles and ideas illustrated in this book might suggest that coachbuilding was a thriving industry, the reality was rather different.”

Would you have known that the famous London department store Harrods is the coachbuilder of record of a 1923 Rolls-Royce? Presumably they did not cobble it together in their workshops but subcontracted the work, but, still, this sort of odd fact is what makes books like this entertaining. “Books like this” means books that seek to tackle an inherently incomplete/imprecise data set (cf. original coachwork, seasonal body swaps, rebodies in later years) and which are therefore bound to at least sometimes elude definitive answers. 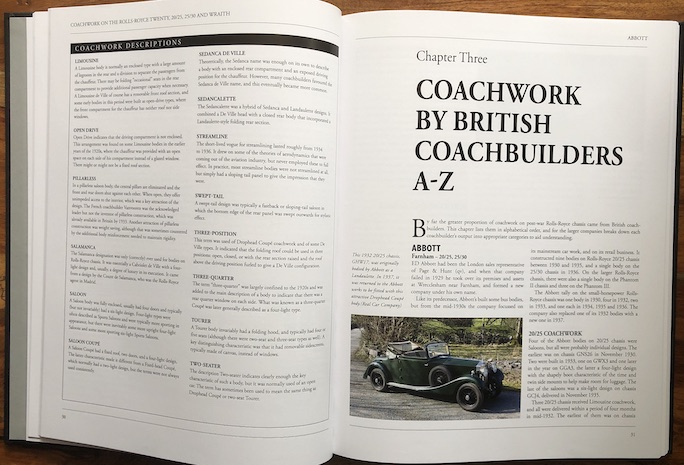 British author James Taylor is no stranger to the challenges of this particular genre, having written several books on Rolls-Royce and Bentley coachwork, also one on Ferrari, for this same publisher. If you are new to this era of car, the key thing to know is that cars, certainly those above a certain price point, did not come with a standard body supplied by the maker of the chassis but instead let the buyer commission their own bespoke (custom) coachwork, either in the form of a true one-off designed from scratch or, if the coachbuilder had the wherewithal to offer it, a small series of predesigned bodies (which could be further modified to suit individual tastes) for any particular chassis. 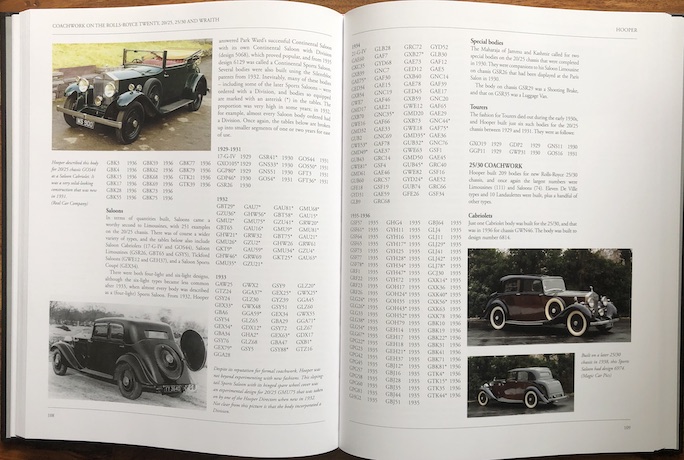 Why soooo many chassis numbers here? The coachbuilder is Hooper, one of the largest.

A book such as this would be hampered in its usefulness if it were merely an alphabetical compendium because coachwork styles cannot be understood without taking into account the physical (cf. performance specs) and structural (cf. weight bearing) capabilities of the chassis that is to carry it. In fact, the particular Rolls-Royce models discussed in this book have fundamental commonalities in this regard, which is why they are known as the “junior” or, more often, “small” Rolls-Royces. Taylor explains very nicely why and how Rolls-Royce, the very embodiment of cost-no-object luxury, chose to diversify and move “downmarket.” While this, the more high-level, general treatment of the cars (demographics, lifestyle, manufacturing modalities) makes the book accessible to the casual reader, the data-heavy bulk of the book is primarily meant to be a reference source to owners of such cars which is why the book will at all times list, if known, chassis numbers. Civilians may find this letter/number salad tedious but no Rolls-Royce book would be taken serious, or have any real substance and longevity, without them—besides, it is the envy of the motoring world that Rolls-Royce/Bentley cars have an unbroken history of being known first and foremost by their unique chassis number. 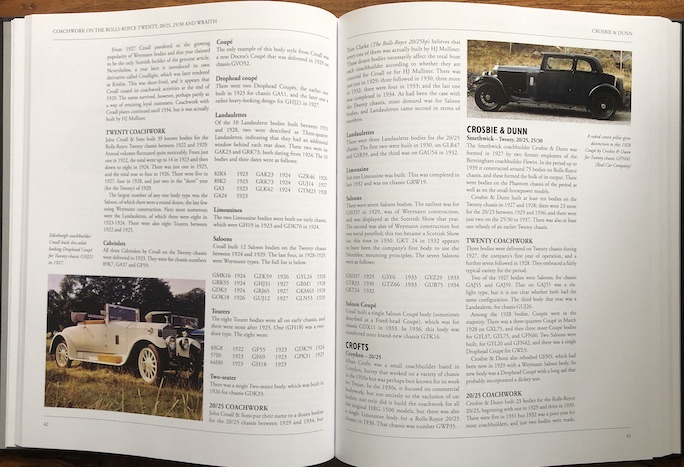 The bulk of the book consists of UK coachbuilders in alphabetical order. Each is given a brief synopsis, followed by a breakdown by body style (see example above). The closing chapter covers non-UK coachbuilders and, while short, it is here that even old hands will be most often stumped. 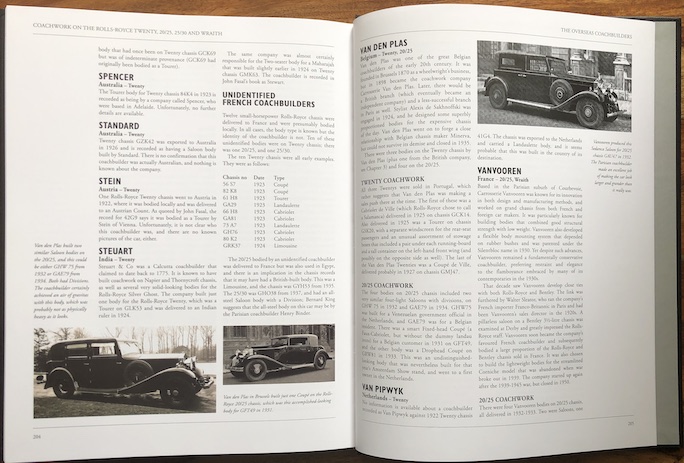 If you recognize more than two coachbuilders on this spread you must be—an expert!

As in previous books in this series many photos come from auto/architecture photographer Simon Clay (who, not least, was for a number of years the in-house photographer at England’s National Motor Museum, Beaulieu) as well as motor traders and the “usual suspects” in the Rolls-Royce community and their often unfathomably extensive private and institutional archives. While always useful, it should be understood that photos play an entirely secondary role, meaning they are often small and show little that experts won’t have seen elsewhere but the cars are properly captioned and identified by chassis number.