The Space Shuttle Program: How NASA Lost Its Way 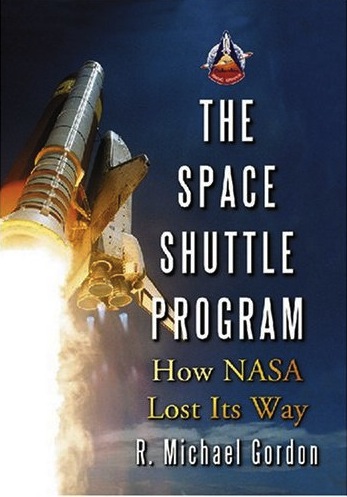 “A Shuttle has yet to crash due to a failure of a system working within its design limits. The Shuttle Challenger failed when human beings pushed it to perform in areas that managers and directors knew went well beyond its capabilities.”

Even if everyone in the record crowd of 750,000+ that attended NASA’s 135th and final launch in July 2011 had paid $10 admittance, all that money wouldn’t put much of a dent into the $3 billion annual shuttle bill. Using the fatal accidents of space shuttles Challenger (1986) and Columbia (2003) as case studies, this book examines the impact of NASA policies, decisions, and procedures during the three decades the shuttle program lasted.

While it is undeniably true that the 135 missions flown delivered much that would not otherwise have been possible to achieve, it is just as true that the program was projected to do so much more. And cost so much less. Measured by that yardstick, even without the two accidents, students of politics, organizations, and—not least—funding mechanisms have an easy time making a case for the glass being half empty.

When the book was published in 2008, the termination of the shuttle program had already been mandated by the Bush Administration. Gordon’s premise is derived from a recurring theme in the findings of the Columbia accident board: “[the program] never met any of its original requirements for reliability, cost, ease of turnaround, maintainability, or, regretfully, safety.” Gordon makes extensive reference to the reports of the respective presidential commissions investigating the two accidents, official NASA audio and video coverage, and trade and general press reporting.

Engineering-minded readers will approach the book with an understanding of the ways in which an engineer models, predicts, and seeks to “control” those phenomena that are subject to measurable cause-and-effect relationships. It is absolutely crucial for the “lay” reader to appreciate this too or else be doomed to simplistically deduce from this book that NASA managers or subcontractors were grossly incompetent or, worse, willfully negligent at every turn—which is surely not the author’s position or intent. Buried in one of the Appendices is this important sentence: “It [the Shuttle main engine] is built at the edge of, or outside of, previous engineering experience.” For the sake of the reader who comes to this topic new one would wish the author had devoted some ink to helping the reader become immersed in a frame of reference that is very specific and not at all self-explanatory.

Before going further, it should be pointed out that Gordon is not an aerospace specialist and has previously written on subjects far removed from this one (cf. Victorian London, Jack the Ripper). There is also no Acknowledgments section so it is not clear who, if anyone, reviewed or vetted the manuscript. He does, however, provide footnoted chapter notes that state the sources for his statements. This is not to imply that there is anything amiss but to offer the thought that even a most matter-of-factly accurate connecting of the dots can leave the non-specialist writer short of context. Example: the book begins, appropriately with President Eisenhower’s 1958 act establishing NACA (later NASA) and contemporary technical developments, specifically the concept of a “lifting body.” Goddard’s source attributes this to NASA’s Alfred Eggers (d. 2006) who did do pioneering work on atmospheric reentry with a blunt body, and most famously on supersonic interference lift—but he makes no mention of the much earlier Russian and German work, or the 1927 German Society for Space Travel etc. The reader new to the subject is thus deprived of a significant layer of context.

The various [American] lift body research vehicles developed by NASA on the one hand and the air force on the other are described in some detail (as is their often acrimonious later relationship) and nicely illustrated, Skylab is touched upon, and then the focus shifts to President Nixon greenlighting the Space Shuttle in 1972. The story is developed mainly from the political, bureaucratic and logistical angles, making reference to technical issues to the extent that they affect the former.

Given the book’s premise, problems—of which there are plenty—get the most attention, particularly as they apply to the design, development, and flights of the first two orbiters, OV-102/Columbia and OV-099/Challenger. Issues like O-ring degradation and tile damage feature prominently. Gordon does a good job describing complex circumstances and the questions that arise from them but, writing as an outsider, does not—cannot—offer answers. Example: “What were NASA managers thinking about at the time which allowed the fueling to continue? And when will they tell the public why they really launched?” This particular quote applies to flight 51-C, a top-secret military mission that was subject to launch weather conditions similar to those that would cause fatal damage to Columbia a year later. An answer to the question the author poses would be critical for understanding what if anything could have been learned that might have averted the Columbiadisaster.

Incidentally, the back cover blurb and press material describe 51-C as “cancelled” when in reality, and as the book itself correctly says, it was onlypostponed twice.

Post-flight operations, debris recovery, and accident investigations and reports are covered in good detail. Almost 100 pages of Appendices offer snapshots of all Shuttle flights up to 1986; various crew, mission, and statistical details pertaining to the two doomed orbiters; (very well thought out!) notes on Shuttle reliability by Richard Feynman; transcripts of emails related to debris and reentry issues; and a reproduction of the flight 51-L press kit. A list of abbreviations and definitions, chapter notes, and a thorough bibliography precede a fairly deep index.

This is a book that offers more questions than answers—which is not at all a bad thing, just be prepared for it. And don’t loose sight of the fact that despite the shortcomings, the Shuttle program, like Concorde, represents a heroic, singular pinnacle of human endeavor!

Unless they’re friends of yours you won’t recognize them, but if you watch the movie Transformers 3—partially shot at the Kennedy Space Center—know that some 100 of the extras come from the pool of about 8000 newly unemployed Space Shuttle engineers, technicians, and other employees.