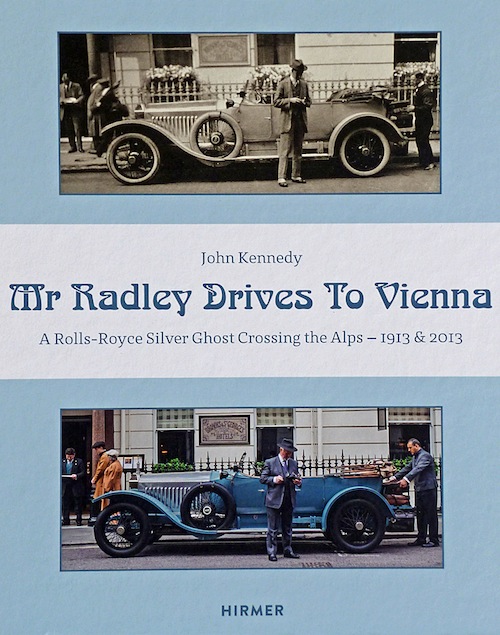 (Partly bilingual English, German) Look closely at that cover. Looks like a color print of a b/w photo, right? No! Everything is re-staged—a hundred years apart.

A 1600-mile trip was a big deal in 1913—and it still is in 2013 if the car is 100 years old. A surviving period photo album prompted the current owner of that car to retrace the same trip and take new photos in the exact same places!

In the summer of 1913 a Rolls-Royce Silver Ghost driven by famed English aviator James Radley departed London and went on a 1650-mile run to Vienna through the Alps. A gruelling trial for man and machine. This was the “K.u.K. Oesterreichische Alpenfahrt” aka the Alpine Trials and Radley and his Ghost won it, adding to the splendid success of the Rolls-Royce works team of three Rolls-Royce Silver Ghost motorcars. Radley’s car, chassis 2260E, has survived the decades. During a painstakingly careful restoration process the car with its original tourer body by Radley-Morison has been brought back to as original a condition as possible. The Alpine Trials are so momentous an event in automobile history that the run has been re-enacted several times, in 1973, 1993, 2003 and in 2013, and each time 2260E finished without any “failures to proceed” (a Rolls-Royce euphemism for “broke down”). 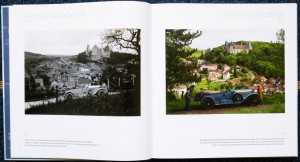 In recent years a series of 51 photos from the original 1913 tour captured by rally photographer Reginald Hooton Hope had come to light. These inspired John Kennedy who for many years had this particular Silver Ghost in his custody to check with almost scientific care which of the historic places shown on the photos could still be found (and accessed) today and he arranged for photos to be taken in those spots a hundred years later so as to not only recreate the run itself but replicate the photo album. Opportunities such as this are exceedingly rare so kudos to the author for seizing the moment! 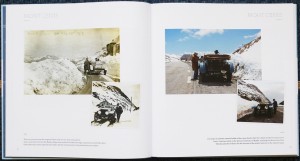 The photo section is followed by text recapping the various reenactment events and the background to the finding of the photos as well as the author’s 19-year effort to prepare for this book. This is the section that is bilingual.

Based on newly found material the portfolio gives a brilliant overview of the whole competition that had set such a benchmark during the infant period of automobilism. Cognoscenti are well aware of the tremendous amount of research and labor invested by the late Christopher Leefe (manifest, for instance, in the Compendium that was published for the 1973 Alpine re-enactment) and also David Dudley and Guenter Holnsteiner to name but a few of those who made Alpine ‘73 and ‘93 become reality. Surely Alpine 2013 benefited from similarly enormous input from various corners so it seems rather unfair that the author does not include an appropriate recognition of such efforts. 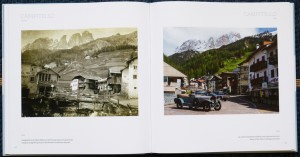 There are what might be considered shortcomings, too. Kennedy mentions on page 102 that Baron Fritz Mayr von Melnhof had been a contestant in the 1910 Alpine with a 48 hp Mercedes. True enough but in the context of a Rolls-Royce book would it not have been far more relevant to mention that the Austrian aristocrat acquired two (!) of the 1913 Rolls-Royce team cars after the event from the Vienna depot (chassis 2224 and 2260, the latter being more or less a twin of the Radley car 2260E)? And speaking of chassis numbers, an absolutely cardinal part of any proper Rolls-Royce story and surely not something Kennedy needs to be reminded of, he never identifies the Rolls-Royce team cars nor their drivers although period photos of both appear on pages 87, 88 and 89. Nor is there a table of technical specifications of the Silver Ghost, surely something that those not intimately familiar with the technical refinements of this seminal model would have found useful. Little things like that would broaden the book’s appeal and utility, which, given the author’s immense dedication, is really what the book deserves. 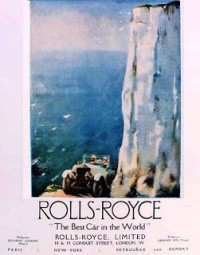 It was the 1913 event that prompted the press—not the company!—to declare that Rolls-Royce had built the “Best Car in the World.” For the 2013 event, an astonishing 47 Silver Ghosts were entered and Rolls-Royce once 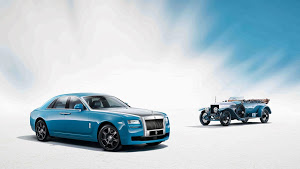 again fielded a works team, this time in the form of a brand-new bespoke Alpine Trial Centenary Ghost painted in the same colors as the vintage Radley car.

Posted Under: Automobiles, British, Multilingual / Not English | Author: Other | No comments yet