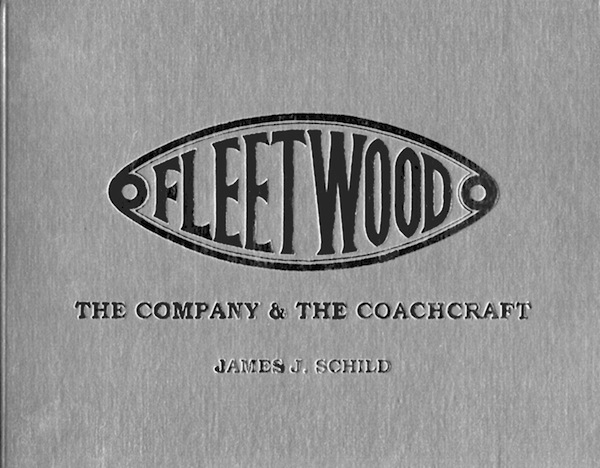 If all you associate with the name “Fleetwood” is “Cadillac” you are overdue for this book! That connection did not come about until after the Fisher brothers bought Fleetwood in 1925 and made it part of the GM empire.

Named after the Pennsylvania town in which it started, Fleetwood (1909–1931) is one of the early coachbuilders that did not have roots in the carriage trade. They immediately started with custom car bodies—and immediately hit it big. Even with hundreds of employees and several expansions there was more work than hands to do it and space to do it in.

Considering their diverging tastes, it is remarkable that both captains of industry and movie stars found the Fleetwood palette broad enough to meet their needs. The quality of the workmanship was certainly a strong draw and it is just that quality that surprised Jim Schild during the restoration of his 1929 Cadillac Fleetwood 3512 Transformable Town Cabriolet. He devoted a decade to gathering material for this book and presents here a 100,000-word opus covering every facet of Fleetwood’s history and output from 1909 to 1996, and also the town and culture that, as he says, “knew no other way to make things than the best.”

You may have blinked in 2001 when this book first came out—and missed it. Only 300 copies were printed and you couldn’t have found one in recent years for anywhere near its $49.95 original price. This new edition is expanded by about 15 pages/10,000 words/100+ photos, mostly involving material not known or available at the time of the original printing. Moreover, thanks to both printers and authors having learned much since 2001 about digital processing, the photo quality in the new edition is much better than in the original, as are paper and binding. Some images are still iffy, due to poor source material, but a great many are shown here either for the first time at all, or for the first time in one book and Schild rightly reasons that the people interested in this kind of history would rather see a poor photo than none at all. A few of the more inconsequential typos in the general narrative have survived uncorrected but several errors or ambiguities relating to dates, data, or specs have been addressed.

The story is presented in chronological order, and the table of contents is set up in year order—a mere look tells you right away what the important/busy years were. Among the original sources Schild consulted are former employees along with the expected paper trail of company records. Every phase of bodybuilding, from original drawing through final assembly, is shown in detail. The photos—all b/w—are dated, comprehensively captioned, and credited. They are augmented by the occasional coachwork or technical drawing and quite a number of brochures and ads. In addition to the many blue-chip marques bodied by Fleetwood there are oddities such as the one-off rear-engined 1925 Julian, the short-lived Richelieu of the early 1920s, or Chadwick, SGV, ALCO, and American Fiat.

That Schild pays attention to detail is evident even in his choice of cover color: Fleetwood’s signature gray of the 1920s. Appended are resources (clubs, research/reference sources) and a bibliography; the index only includes key entries. The second edition also runs to only 300 copies, 100 of which are signed, numbered, and leather-bound at $125 each.

In 2001, this was Schild’s fifth automotive book. He has added 10 more since, is involved with a multitude of car clubs, and was an SAH vice president.