Blink—and you missed it! Not because it’s so fast but because it was offered for only half a year and in all of 14 copies. Like many other makers’ “Vitesse” or “Speed” models Riley’s “MPH” was less about nominal speed than the idea of speed.

It seems farfetched nowadays but once upon a time the British motor industry was thriving. First published in 1974, this book catalogs some 700 manufacturers and 3700 models—and those are just the production passenger cars.

Alvis Society, A Century of Drivers

From kings to serial killers, people who chose an Alvis were a discerning lot. Every car ever made is recorded here, and only here. 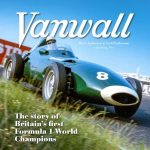 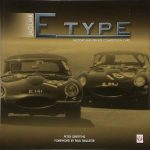 Around the world in 80 days?? Nah. Make that six years—and 46,528 miles, and 39 countries. They literally went were no one had been before. And you can follow them here.

“Top Hat” and “Razor Edge” were just some of the clever ideas this coachbuilder had up their sleeve, they won gold medals nine years in a row, and were among the last five big remaining firms. But bespoke coachwork went the way of the dodo bird and it is little consolidation that F&W went out in a blaze of glory.

If you see one you can’t fail to notice it—and admire it. Admit it. If you want to know the story behind it, this book will set you on the right path, and while the car may have been for the ultra rich the book is a paltry $40!