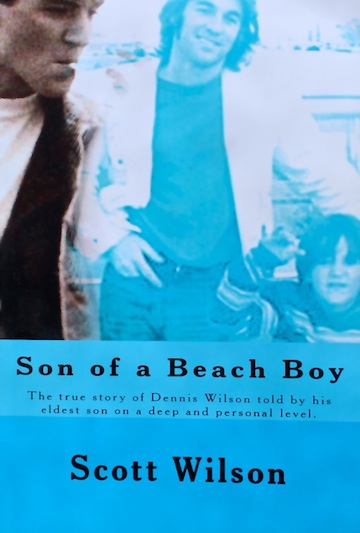 “They say I live a fast life. Maybe I just like a fast life. I wouldn’t give it up for anything in the world. It won’t last forever, either. But the memories will.”

This book is a holy mess. Holy because of the adulation that many fans of The Beach Boys hold for the middle Wilson brother Dennis. If Brian is the genius and Carl the fulcrum, Dennis is the darling rogue. As the boys grew into manhood, Dennis was both the one most rebellious of father Murry’s draconian discipline and the most in need of his father’s affection and approval—and this he tussled with until his own death in 1983. Although often a heartthrob for screaming adolescent girls and known as the only Beach Boy who actually surfed*, for many years he was overshadowed by his brothers and the other band members. It wasn’t until the 1970s (The Beach Boys first recorded in 1961) that Dennis came into his own; in 1971 he starred in Two Lane Blacktop and, in 1977, he released the solo album Pacific Ocean Blue. Both remain cult favorites and have achieved critical approbation. Known to be kind and generous to friends, fans and even strangers, he also exhibited a roaring recklessness, going through drugs, booze, cars, wives, children, friends, relatives and women as easily as we might go through pocket change. During a particularly narcissistic and ultimately dangerous chapter in his life, Dennis became involved in the horror of Charles Manson and his Family. 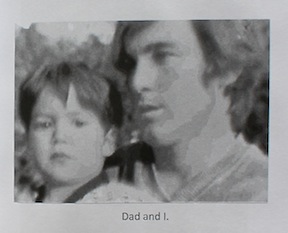 Scott Wilson writes that he will not “sugar coat” the “undeniably harmful” aspects of his stepfather’s life, but wants everyone to know “what a great person” his Dad had been. The most poignant piece of the story is that before Dennis slid into his many addictions he really was a great Dad. Dennis spent a lot of time with Scott. They fished, swam, hiked, and rode horses. Scott particularly loved riding shotgun in his Dad’s red Ferrari Lusso. Dennis would take Scott on tour, the boy sitting behind his father on stage. Later things got weirder. More unseemly. They snorted coke together and Scott would procure women for Dad. And the day before he died, Dennis had called Scott to ask him to bring some cocaine down to his boat. Although Scott agreed to do so, he was shooting up at the time and never made the appointment. Scott can never overcome his guilt. What if had complied and somehow thereby had saved his Dad from drowning? 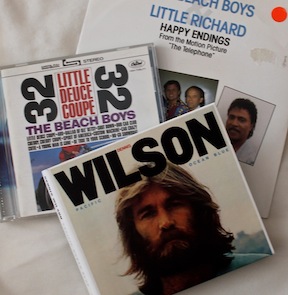 The story is about Scott as much as it is about his famous father. Unsurprisingly, we find that Scott also acquired various addictions, quickly spent his inheritance, wed and divorced a few times, and was more than once incarcerated. Throughout the book Scott attempts to come to grips with both his and his father’s destructive tendencies. Eventually Scott gets religion and tells the reader that he hopes that his life will stay on the straight and the narrow. He shows pride in what, beside his love and skill in surfing, he considers his only genuine accomplishment. By trade, he worked in construction and at one point, before the inevitable drug problems set in, owned and managed a successful construction business. So when various fans successfully petitioned the local Hawthorne government to erect a monument to The Beach Boys at the site of the Wilson childhood home (it had been demolished to build the Glenn Anderson Freeway), Scott took it upon himself to do the job. Perhaps the happiest day in Scott’s life is May 20, 2005, the day of the unveiling of this monument with the accompanying dedication ceremonies. Fans traveled from all over, some flying in from Europe. Friends of the family and politicians orated, and the surviving Beach Boys gave their comments and performed for the crowd. This ray of California sunshine offers some warmth and hope for both Scott and the reader who, up to this point, had endured a parcel of quite grim material. 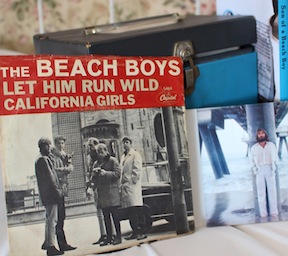 We began by saying the book is a holy mess. Why it was not picked up by a reputable publishing house rather than being so obviously self-published seems strange. The Beach Boys remain a hot commodity and Dennis Wilson has achieved a certain cult status. Surely a memoir of his son would be considered profitable. Was it that Scott just couldn’t get it together to even attempt selling his book to an established firm? Has self-publishing become the norm? Did he rely too heavily on Karen Lesely Powell, his co-writer, his “with,” to gestate and birth his book? Her credentials prove sparse: she worked “as head admin;” “became a full time Mom;” in the 1980s she “used to write a quarterly fanzine” celebrating the Pet Shop Boys. She is “an avid photographer,” and she “built and managed various websites.” Upon finding that this “was her first book,” we were hardly incredulous. Powell used Microsoft Word 2013 to format Son of a Beach Boy, and the low-technology here is evident. Although she should be praised for putting Scott’s mishmash of a manuscript in some sort of order, there is a noticeable lack of editorial competence. The book is marred by grammatical errors, spelling errors, lapses in illocution and type-spacing problems; there is little evidence of any editorial suggestion or control. Perhaps the toll of working closely with someone undergoing such severe emotional pain got in her way: “At times, Scott just sat and cried. We have cried together.” Even the basics of autobiography elude Scott. To find his Mom’s name, we had to go outside the book to retrieve this information: Carole Freedman. Too often we became tangled in a net of perplexing identification, both of persons and of places.

Powell should have fine-tuned Scott’s prose. Too many sentences get scrambled: “Also considered to be one of the most romantic love songs ever written, Dad was never officially credited and in 1974, Joe Cocker recorded the song and it became his biggest hit until he recorded the theme tune from An officer and a gentleman in the mid-eighties.” This refers to “You Are So Beautiful,” although Scott and Powell only capitalize the first word of the song and use neither quotation marks nor italics. These lapses cause constant irritation. As for Powell being an avid photographer, this only makes it worse that many of photographs throughout the book (all of the book’s photos are black-and-white) show exceedingly poor quality, some so blurred as to obliterate even facial recognition. Some are pixelated. But this mess is holy, remember, so Scott’s book, essentially an undisguised plea for the reader’s absolution for both his sins and for the sins of his father, should neither be disregarded by Dennis devotees nor ignored by fans and scholars of The Beach Boys, even when considering Stephen Vincent Benet’s comment that “honesty is as rare as a man without self-pity.”

*This is technically inaccurate. Bruce Johnston, who joined The Beach Boys in 1965, also surfed.