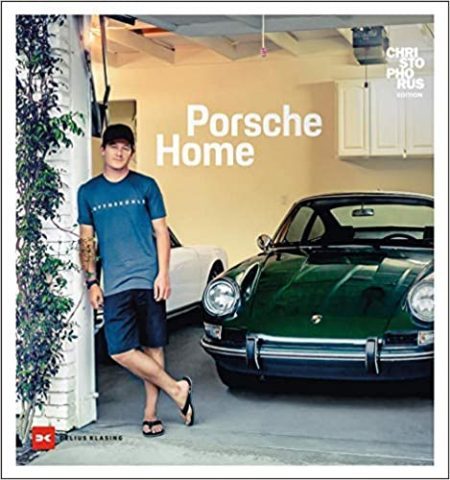 Ah, what fun it must be to own a Porsche, which, by extension would be your admission ticket to the world of fellow Porsche lovers. Their cars are the common denominator for this global look at 22 people, some world-famous, some known mainly in sporting circles, some known only to their cars.

All are colorful in some way, and if the variety of people here proves one thing, it is that enthusiasm for the marque transcends everything. The cars span the whole product palette—old, new, road, race—and range from showroom-stock to overlooked auction find to one of a kind exotica such the 908 camera car from the movie Le Mans. 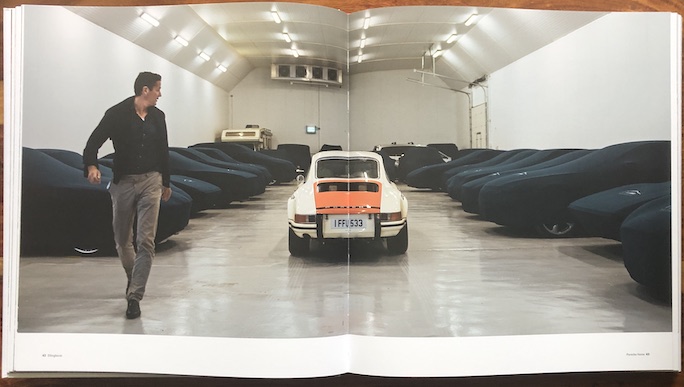 Ever heard of Drift Road in London? Not unless you have some ultra fine machinery. This isn’t any old plain vanilla 911, it’s a T/R. 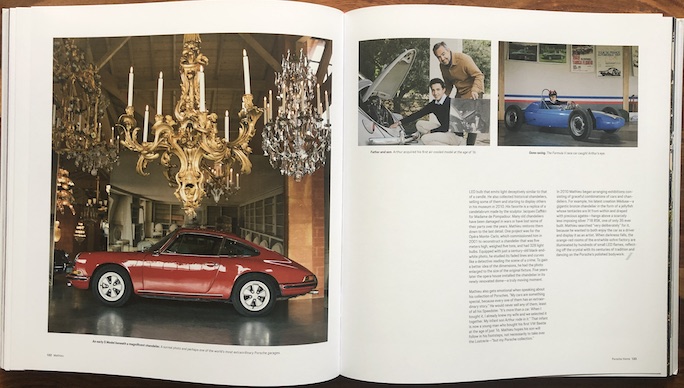 Talk about bringing your work home. This French garage belongs to a fellow who restores and designs chandeliers.

Published in a German edition and an English one, the book would probably be interesting even without the Porsche angle because you get to see what makes car people tick. There’s the rock musician who doesn’t park her two Porsches by side because “they don’t like one another.” One is a 944, the other a 911 so you’ll appreciate that she’s sensitive to the “class struggle.” And who would have thunk that the fellow who designed the Bugatti Chiron pines more for the 911 that he has stripped down and built back up more than once? 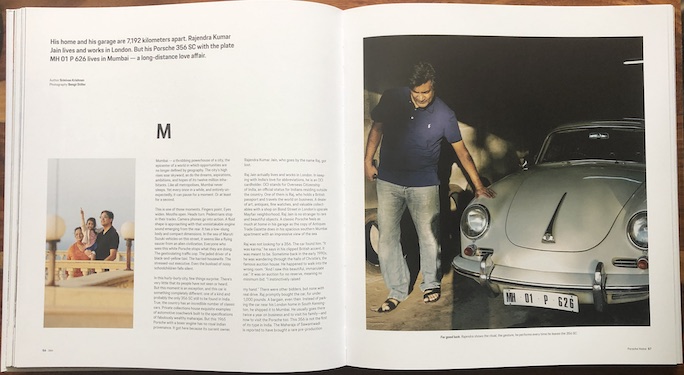 Pat the pet. This owner never leaves his car without this farewell ritual. It all makes sense once you realize he sees his car only twice a year—because he lives across the globe in the UK and keeps the car at home in Mumbai, India where the 356SC is ogled “like a flying saucer from an alien civilization.” And to think he bought if for a mere £1000 at auction because no one else bothered to raise their paddle. 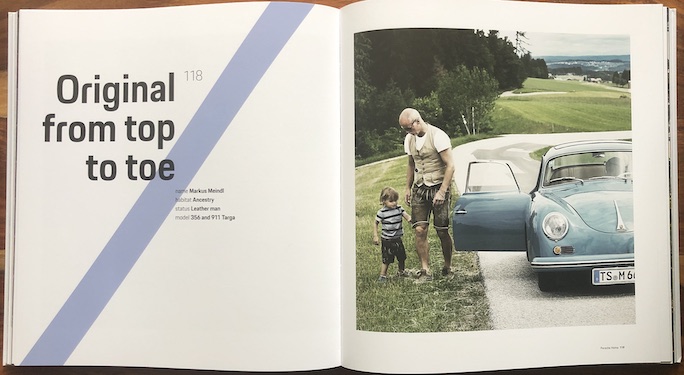 Could it get any more German??

If you follow motorsports at all you recognize the orange-colored Jägermeister cars, and not just for the most recognizable liveries in racing. There’s a look at Jay Leno in his Big Dog Garage (well, one of them—he has several airport hangars full of stuff), Magnus Walker of Urban Outlaw fame, an American tennis pro, a German lederhosen maker, a French chandelier restorer, and more and more and more. The fellow on the cover? That’s works racing driver Patrick Long. And that t-shirt he’s wearing? Porsche peeps of the air-cooled school of thought know Luftgekühlt as the ultimate bucket-list event for their kind.

These profiles are interspersed by four essays that have a somewhat contrived philosophical bend and really explain nothing but someone at the publisher’s probably thought that without them the book would be just be a navel-gazing exercise. It may be, but it’s still fun, and at a mere $90, cheap for a properly well-made high-quality book by a publisher that has added so much to the Porsche lifestyle literature. 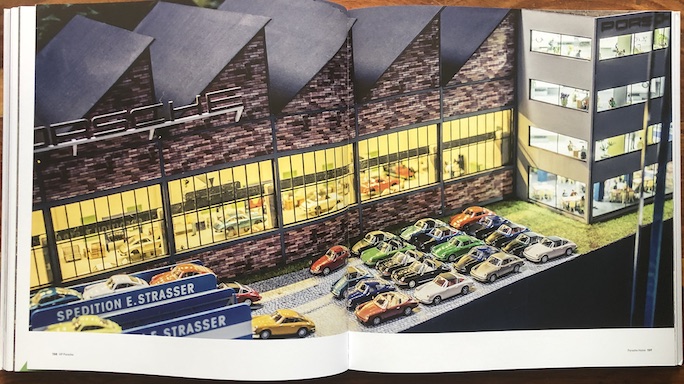 Right, the Porsche factory. Of course that would be in the book. Look again, though. This is a diorama, in 1:87 scale, and it belongs to Ferry Porsche’s son Hans-Peter. He has spent years and years assembling his “TraumWerk,” a 27,000 sq ft museum of toys.

Besides, you can take comfort in the fact that the editors of Porsche magazines Christophorus and Porsche Klassik had a hand in this book so you know that while it is bound to be “on message” it is also plain good reportage. 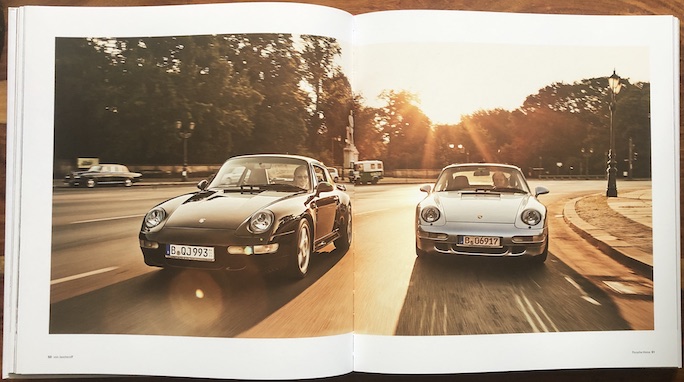 It always pays to take in the whole image. Could it really be just coincidence that there is a Rolls-Royce Silver Wraith in the background to this father & son Porsche outing in Berlin? Or is it ultra-clever staging/subliminal messaging?