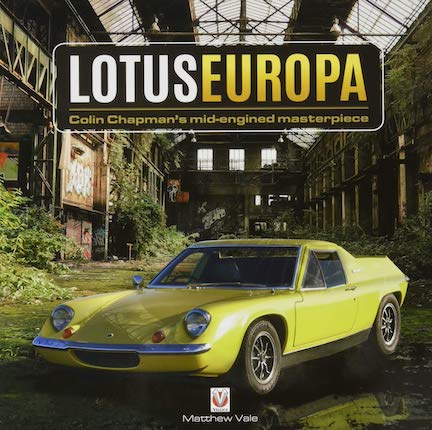 “The Lotus Europa was a landmark car for Lotus—not only was it the company’s first mid-engined road car, but, sold alongside the Elan, it showed the world that Lotus was a serious car maker, with the technical know-how and engineering skills to produce two models (or three if you include the Plus 2) at the same time. The Europa also showed that the company was capable of producing technologically-advanced cars at a reasonable cost, and had the production capacity to meet demands.”

With all the recent hoopla about the Ford v Ferrari movie it’s worth recalling that the GT40 for which Ford ended up partnering with British firm Lola could have been a Lotus project instead—if Lotus founder Colin Chapman had been able to leave his ego at the door. When that project came undone, he repurposed the development work and that’s how the Lotus Europa came to be. 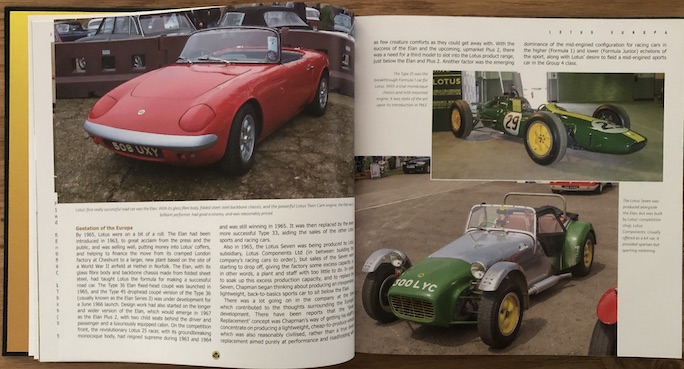 All parents think their baby is the most beautiful. Chapman said that of his baby too, touting its “outstanding good looks” at the launch in 1966. Well…ahem…from the rear…or the top…you really have to love the thing for reasons other than looks. 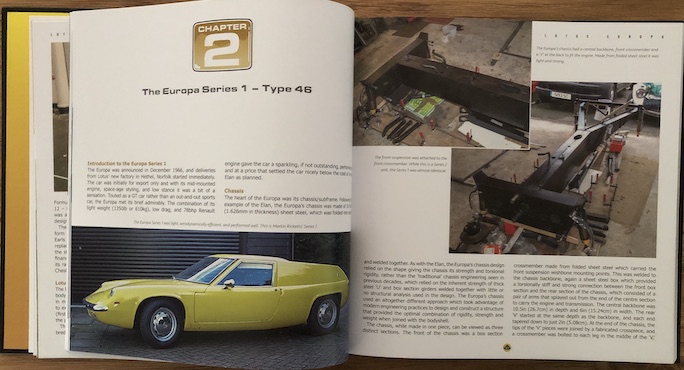 There were of course technical, mainly aero advantages to that enormous and enormously flat rear deck and the high rear buttresses and the basic lines of the profile (penned in-house by Ron Hickman who had also done the Elan), said to be inspired by the Ferrari Breadvan, and they all go back to that aborted Le Mans project. It is no wonder that this solution fit the Chapmanian function-over-form worldview. Still, no one else went this way, and it took the buying public quite a while to warm up to the Europa enough to improve its sales numbers to at least a semblance (about 10,000 cars between 1966 and 1975) of what Lotus had envisioned, and needed. It’s almost hard to believe that the super-sexy Esprit designed by Giugiaro is the successor to the Europa. 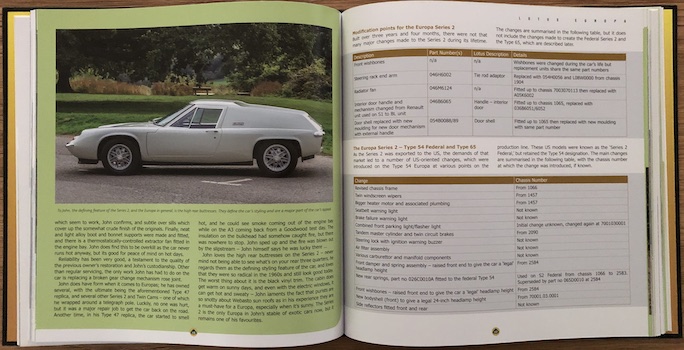 Just to get it out of the way, of all the many things this book has to say on the Europa, design in the sense of styling is not a prominent theme. The word is used a lot here, but in the broader sense of creating the overall package. Except for buyer’s guides, of which the author wrote a very nice one, and workshop manuals the Europa literature is not very deep. (Interestingly, Lotus to this day keeps its own Manuals and Parts Books in print.) Some of the most interesting bits were privately published and not in large numbers so the closest a reader would get to the Europa is the Brooklands Portfolio compilation of contemporary road tests. Vale’s book is the one you’d need for the bigger picture. This retired IT professional is quite the DIY restorer of classic cars (including two Elans) and bikes so he has a firm grasp of engineering and assembly issues. 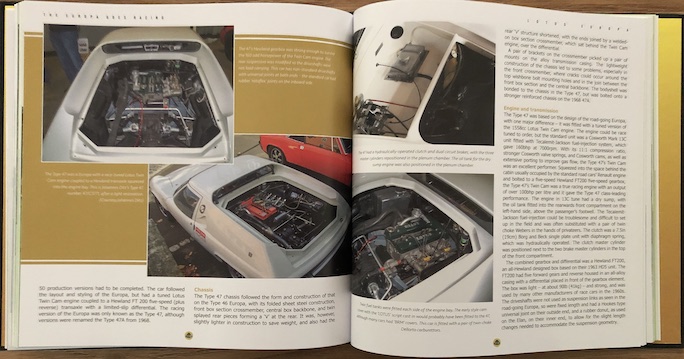 Considering the era of the original Europa (the nameplate was revived in later years as the Type 121 Europa S, 2006–2010) it is no surprise that there were racing versions in period, both by the factory (the Type 47 which was actually announced right out of the gate when the Type 46 road car was launched in 1966; there was also a 47A after 1968) and other firms (the Type 62 which is so different from the 47 that it almost doesn’t belong here; and the almost mythical GKN 47) and also Specials built up by individuals. All of this is covered here, in sufficient detail and amply illustrated to gain a cohesive overview (meaning restorers or authenticators will wish for more and different images); there is even an Index. 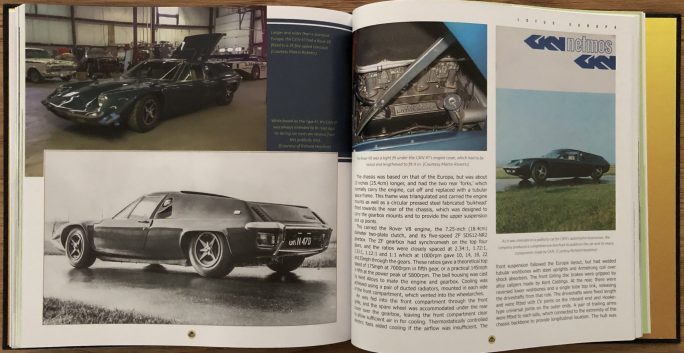 The book is divided into the two main, Renault-powered Series and then the Twin Cam and various Specials and tuner cars. Ex Lotus men Mike Kimberley and Oliver Winterbottom have been interviewed and a host of people in the marque clubs have offered input, in fact quite a number of owners and their cars are profiled throughout in the form of sidebars. Commendably, in the section on running a Europe, Vale does not only list UK resources but includes two parts houses in the US. The book has one design element that was surely well intended but has a practical limitation: the folios, in white, reverse out of miniature yellow/green Lotus badges, making them all but invisible in low-light conditions:

As the only book dedicated purely to the Europa, this one fills a gap nicely. Now that Vale’s name is on your radar look for his frequent contributions to Absolute Lotus magazine.