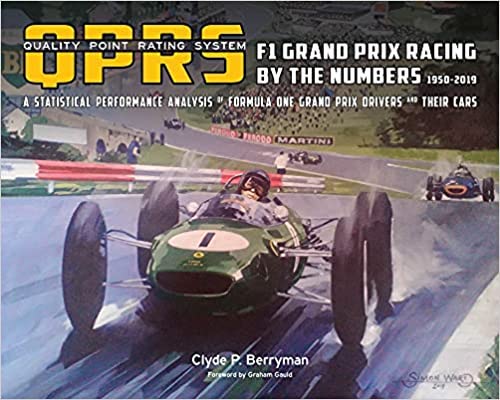 “By attempting to separate the relative performances of the car and driver to the extent possible, we come up with many interesting and controversial observations. The most difficult one for many of us to accept is that sometimes ‘great’ drivers in the common perception are only great because they truly had the benefit of the best cars in the field during a significant portion of their careers. How would they have done at the wheel of lesser cars?”

Before the book title makes you run for cover, pause a moment. In addition to the “numbers” the book also contains over 200 pieces of fine art, motorsports art. Why? Because reading page after page of statistics would be as sexy as reading the telephone book. And why no photos? Ah, here you have to read rather between the lines: gallery owner is one of the author’s professional activities (Williamsburg Art Gallery, once a brick and mortar affair but since 2018 online only).

If the extent of your interest in competitive sports is represented by the true but superficial “A won, so B–Z lost” then settle for exploring the lovely illustrations by 23 artists working in different styles and media. Being that they are from several different countries you’ve probably not seen their work before so there’s something new to discover right there. (Possessing an embarrassing breadth of skills the author is himself quite the artist, including motorsports themes, but his work is not included here although his wife’s is).

If, however, your interests in competitive sports is such that you wonder if Top 10 or GOAT lists are really based on apples to apples comparisons then you will soon enough hit upon the fact that a multitude of factors goes into the binary win/loss outcome. The talking heads make their living by declaring, say, Michael Schumacher the greater driver over Fangio. Based on what? “Number of wins” alone cannot possibly be the sole acceptable metric.

This is the book you want to have at hand to settle arguments. Or start them. Alas, it is too large and heavy to whip out of your coat pocket (11 x 9″, more than 5 lb) but you can drown any opposition by simply calling out their flawed methodology. To do that, you have to look beyond the hundreds of tables here and understand what gets baked into the data. The press release says “This book may forever change the way you look at Formula One Grand Prix racing,” and it ain’t lyin’.

The illo matches the year described; they all do. Very cool.

What the book contains at the core is self-explanatory enough—lists, by decade 1950 to the 2010s and each introduced by narrative enumerating key points, of various stats based on Berryman’s rating system—so there is no need to parse it here. What will be much more relevant to a prospective buyer is WHY someone took on this monumental task and HOW he went about it.

Depending on context or field, the acronym QPRS (also QPRs) can stand for a number of things. In Berryman’s world it means Quality Point Rating System; the first word though raises more questions than it answers. At any rate, the system uses math (it is amusing to think that young master Berryman did miserably in maths during his formative years at naval prep school) to objectively analyze and rank driver and car performance separately.

Sidebar: If you are of Berryman’s age (b. 1954) the last sentence may bring to mind a board game: Speed Circuit, originally published by 3M in 1971 and subsequently by Avalon Hill in slightly different and then frequently tweaked form. It’s not an easy game to describe or play (it’s 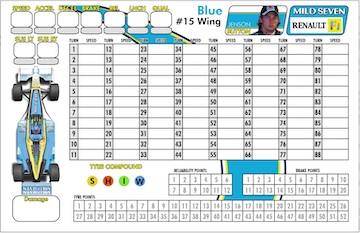 out of print but easy to find and still actively played at conventions; in 2017 the concept was reinterpreted as Championship Formula Racing by UltraPro). Berryman played it, and it showed him that the many parameters (each assigned a different point value whose total will handicap the final result) that each player/team would select affected the outcome. In practical terms: give driver A different tires, different pit stops, different weather—and he may have come 6th instead of 1st. Berryman set about writing up lists and stats and tables, with pen and paper mind you!, to build a better mouse trap. Extend such parameter-rich analysis over a long enough timeframe and it will yield figures that often result in a different story than the one that became Received Wisdom.

As to the HOW behind Berryman’s model, well, the book does not answer all. Readers deeply immersed in this subject will surely know the website F1Metrics started ca. 2013 by Dr. Andrew Phillips, an applied mathematician, with the goal of applying mathematical and statistical methods to F1. Both his commentary, often pages-long, and his readers’ counterpoints illuminate the highly technical points of statistical methodology. Suffice it to say that nothing is easy here so it may be simplest to accept that Berryman’s similar QPRS ratings for college football (1994) were deemed so sound by the NCAA that they included them in their Football Bowl Subdivision record book.

A few years after that, Berryman published his F1 analysis in two 1999/2000 articles in F1 RACING magazine, which is what this book refers to when it says it is an “updated and comprehensive QPRS study.” Lest the data in the book do more harm than good it is imperative to read every single word in the “Rating Game” chapter, and then read it three more times. All the QPRS-derived stats in the rest of the book hang on your acceptance of his methods. It seems odd that every book review we’ve seen simply accept them as gospel and inevitable. On that score it should be noted that the Foreword is by Graham Gauld, who has been around motorsports and motorsports books (obviously as a user but more importantly a writer) for decades and has a large frame of reference. 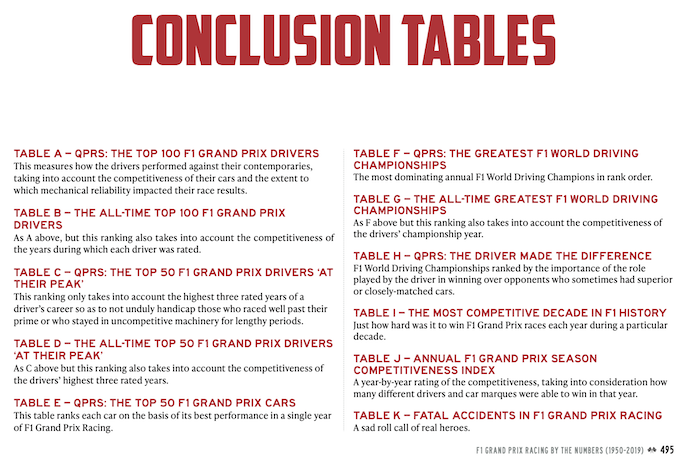 This is the chapter it all boils down to. The world according to QRPS. Back to school, kids.

Berryman provides the standard World Championship standings and results for comparisons. Without an Index this book would be like the proverbial tree falling in the forrest that no one saw. It is thorough, and divided into three sections: car/manufacturer, circuit, and driver. All these factors make the book supremely “discoverable” and useful, and let’s not forget the 70-odd track maps with numbered/named turns and directional arrows.

If all the data give you a headache, turn to the back of the book to the section “Conclusion Tables” which gives you ten tables of rankings plus one more table of fatalities which really has no bearing on the core subject (except that that too, ahem, affects the race outcome for everyone else). Be prepared to rethink your world or fight back.

As this review intimated in more than one way, nothing about this subject is simple. This book is a noble, also brave effort to bring clarity (of method) and objectivity (of results) to the discussion. Berryman thinks he has another one in him, a prequel covering 1906–1949. Obtaining clean raw data, let alone data for all the parameters he is tracking, will be an even more stupendous task. 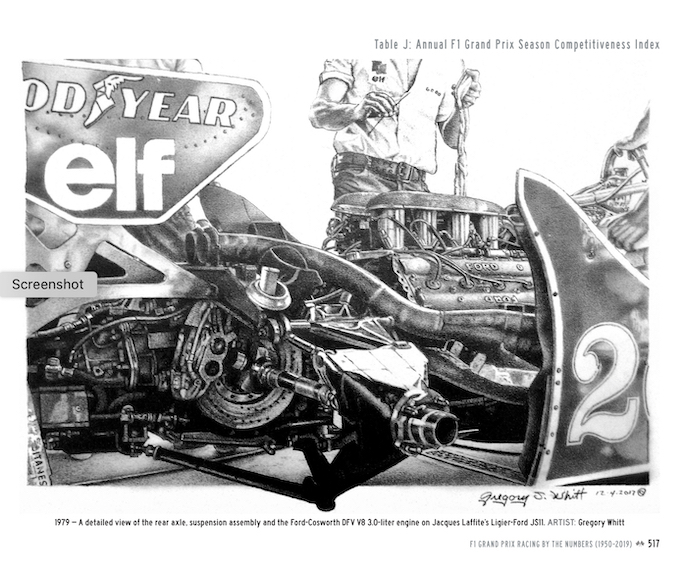 Why spend 20 secs taking a photo when you can spend 20 hours drawing it?

A parting word about the artworks: the scenes shown match the year discussed on the page, which either means they were specially commissioned or someone spent a staggering amount of time sourcing just the right image. Short artist’s bios are appended. Lastly, this is a Dalton Watson book, meaning a thoughfully designed and well produced book in every regard. Considering the bounty of merits, the book is a steal.