Our Le Mans, The Movie – The Friendship – The Facts 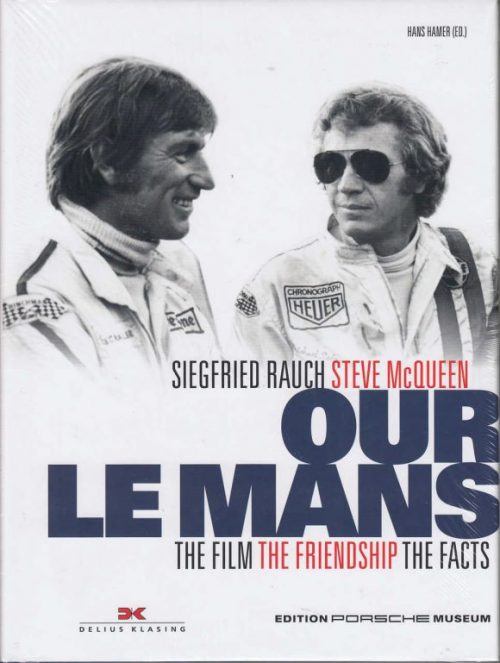 “Later, when we wasn’t at all well and he’d discovered that his illness was incurable, I found out that he went to church every morning. Somehow at that time I felt he was that sort of man. Sometimes I thought he was grumpy, but he couldn’t help it. He didn’t talk a lot, but when he said something he said it with total conviction.”

There’s a reason to begin with this quote: the person who said these words, and wrote this book, knew movie legend Steve McQueen on a level different from most others. This is not to say that here you have the last and best word on the subject but that it is a personal, sincere account—even if this very distinction is also a limitation inasmuch as people, especially those in the public eye, wear different faces with different people.

On-screen they played rivals, off-screen they became friends. They are Siegfried Rauch and Steve McQueen, the movie is Le Mans. Both racers, both actors, a German and an American, and, yes, McQueen became godfather to Rauch’s son even though he didn’t get to the baptism in time. Their friendship probably gave the ever-guarded and increasingly isolated McQueen something to sustain him at a time his first marriage was already beyond saving, everyone hated the movie that had been his dream, professional and personal feuds poisoned everything, and his charmed life must have looked too often hollow. Worse was to come.

And if you take the time to think about the book you will come to see that being the King of anything, especially the King of Cool, comes at a terrible, terrible price. 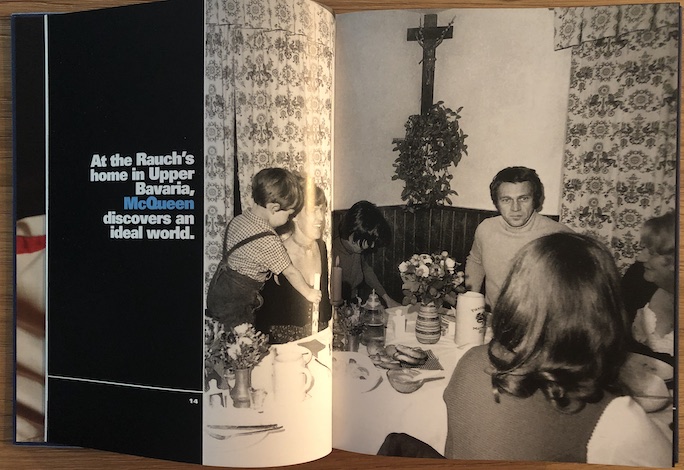 Let us first of all recognize that Rauch waited a long, long time to let himself be coaxed into writing this book. He has since died and one shudders to think that this story was so near to never being recorded at all. Many books about the almost 50-year-old movie have come out in recent years—big, round anniversaries tend to have that effect. Think of the words in this book what you will, the photos and documents are largely new to the record and tell their own story. 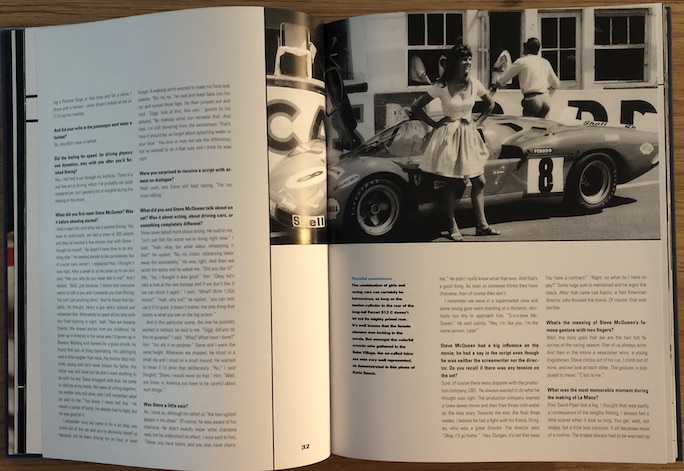 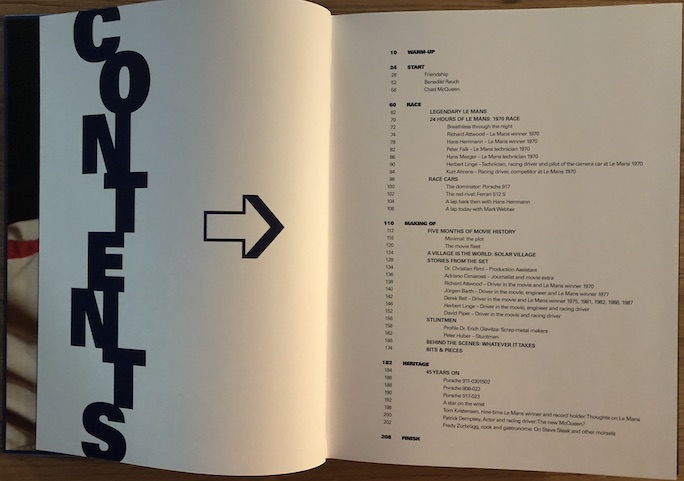 The book does not go into the McQueen origin story or even the specific timeline that preceded Le Mans or the circumstances and arrangements that made it possible. Except for explaining how Rauch came to McQueen’s attention in the first place, the book basically begins on set, a week in, when the two actually talked for the first time. Written in a Q&A interview style large parts of the book very much resemble a free-flowing conversation but one on which a thematic structure is superimposed. 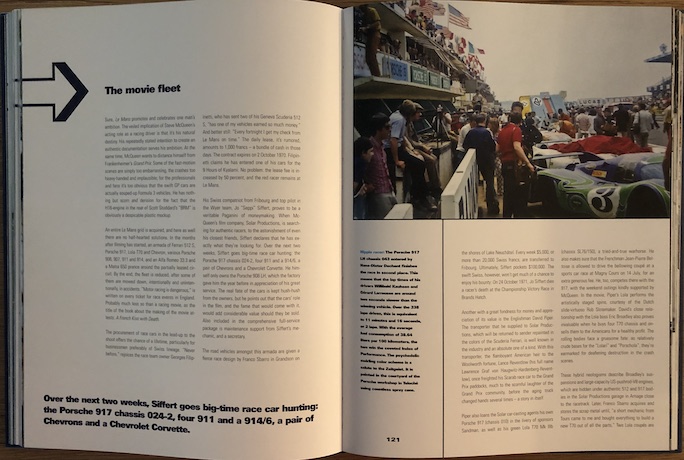 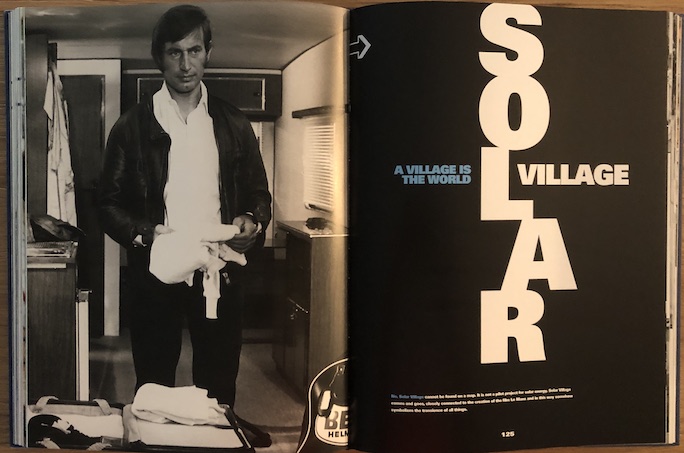 Other parts contain interviews with or profiles of names most people would recognize—Porsche luminaries like Peter Falk and Hans Mezger, race drivers Herbert Linge, Derek Bell, Richard Attwood and Hans Hermann, David Piper, stuntmen Erich Glavitza and Peter Huber, and others. The hero cars are featured (911, 908, 917), as is the hero watch, the Heuer Monaco. The logistics of filming a Hollywood movie during an actual real-time 24-hour race are of course the focal point. 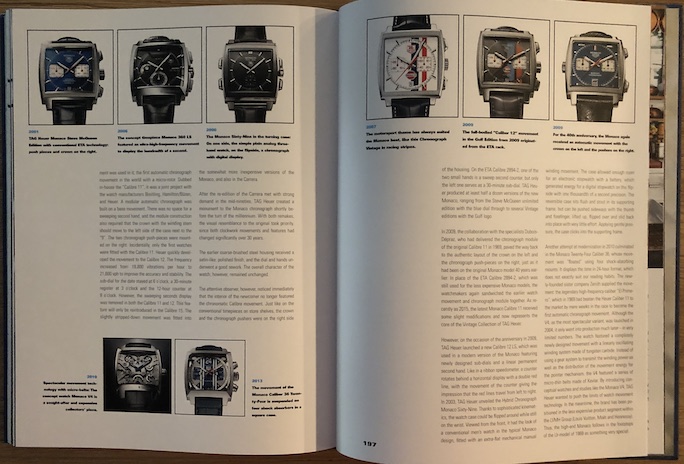 On all these points this book expands horizons—and its crisp design is lovely to look at. Editor and interview partner Hans Hamer is the German journalist who developed the automobile magazine Auto Bild. That Rauch’s recollections are, for lack of a better word, kinder to the much maligned movie that seemingly everyone involved with it seemed eager to extricate from their memory is surely because his life, and his lifestyle were about more than that—which, to come full circle, is why McQueen saw something to aspire to in him. 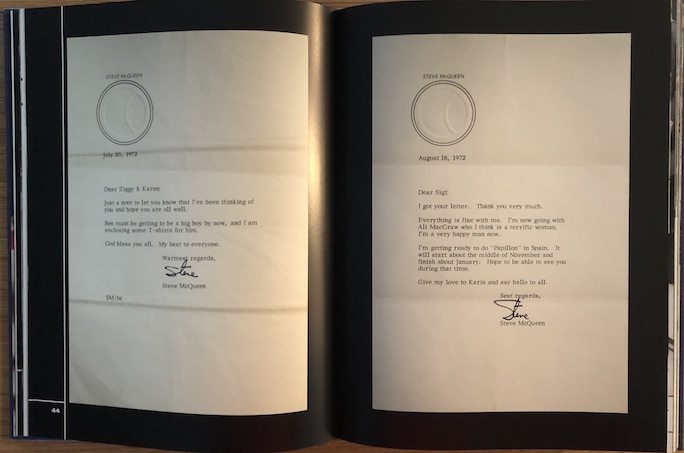 The Movie – The Friendship – The Facts