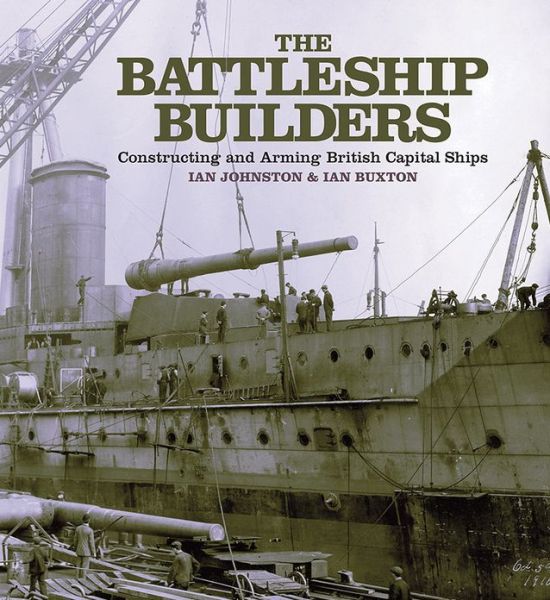 “In the period from 1860 to the 1960s and beyond, the battleship, the Royal Navy and the shipbuilding industry shared a similar destiny rising to prominence before respectively facing extinction, rapid depletion in numbers and all but statistical irrelevance.”

Ouch. This one paragraph is the core premise of this whole book. Many, many others have wrestled with the same topic but this is the only one to examine in detail the “great industrial infrastructure required to build, power, arm and protect these ships.” And by “these” ships is meant the dreadnaught class of battleship, so called after the Royal Navy’s revolutionary HMS Dreadnought of 1906 (there were five earlier ships that bore the name too) that ushered in a new era both in warfare and in manufacturing.

Whether you are an economist or a strategist or a historian of engineering or industrialization, this book connects many useful dots in weighing cost vs value in standing up a Grand Fleet in the era of steam and iron (later steel). That the sheer size of the dreadnaughts would put many shipyards that were unable to handle them out of business was as unintended a consequence as it was inevitable that all their predecessors—built at such great cost and effort and some still under construction at the same time as HMS Dreadnought—would become obsolete. Anyone with an interest in the micro and macro effects of Big Decisions will find something of value in this supremely well-written book.

Based on analyses of production and accounting records, the book paints a richly detailed picture of an enormous concerted effort by hundreds and hundreds of vendors to build the mightiest warships ever. It also points a finger at the darker side of all such undertakings: profiteering, which remained hidden from Admiralty eyes for a long time. If you’ve never given a thought to how something as monstrously complex as a battleship is built, or where the vast amounts of raw material come from, this book will give you a good idea of it. The photos are by and large too small to reveal much detail but they do give a proper sense of scale. Over the course of a decade, and in addition to their regular work on merchant and naval ships, private and Royal Navy shipyards cranked out a staggering 51 mega battleships. The book is so comprehensive that it even offers a look at their scrapping.

Both endpapers show the shipyards’ family tree, going back to 1711. Readers from the car world will find many a familiar name here. To set the scene, and also throughout, much reference is made to the political stirrings and aspirations that create the environment in which technological, and in this case military, development takes place. Treaties, alliances firm and shifting, arms races, egos, trade, and influence peddling all come into play as the authors examine the role of the Royal Navy since 1860.

While much if not most of the book ought to appeal to even the general-interest reader, those with ship-specific interests will find all sorts of interesting detail especially in the chapters dealing with shipyard facilities (cf. types of cranes, flow of materiel through the yard), armament, and propulsion. Number-crunchers will delight in the many tables—production cost, ROI, number of rivets (!), and all sorts of other minutia. Familiarity with ship nomenclature is assumed, possibly too much so; it is, for instance, not enough to know what a turret is but also where an A turret would be located in relation to a B turret.

Three Appendices shed further light on the John Brown Company’s order books, price fixing, and the ship breaking industry. Sources are disclosed in the Chapter Notes. The Index consists of only ship, company, and proper names.

Those readers who desire more and larger photos ought to take a look at Johnston’s similarly excellent Clydebank Battlecruisers (2011). Although a graphic designer by trade he grew up in a shipbuilding family and has published several books in this genre. Buxton is a retired naval architect and wrote Big Gun Monitors (2008), essentially huge guns mounted to rafts.

The Roycean: From Manchester to Crewe, via Derby, No. 4 »
« The Knife and Fork Man, The Life and Work of Charles Benjamin Redrup