(German, English) To use one British phenomenon to explain another: you don’t need Dr. Who’s TARDIS to experience time travel—just attend any of the three Goodwood events!

If someone blindfolded you and dropped you at Goodwood in September you’d think it’s the 1930s–‘60s all over again. 99% of the capacity crowd of 148,000 dress the part, period-correct signage and shops and all sorts of paraphernalia—from the lubricants on the garage shelves to the music being played—even the planes in the sky (and, for that matter, on the ground) tell you you’re not in Kansas anymore. 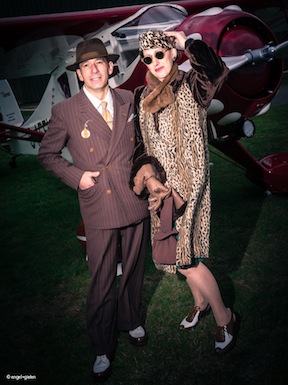 If you’ve never been, this book is a splendid way to see what it’s all about. If you have, ditto, because you couldn’t possibly have seen everything there is to see. Author Gielen and his colleague Christoph Engel, credited with the book’s layout, are professional photographers in Hamburg, Germany and have collaborated since 1999. Actually, they present themselves as photo-designers because, where it serves the purpose, their photos use techniques such as blending various images into one so as to boost their story-telling quality.

In the case of this book, such a technique is not indicated but in terms of composition and framing many photos have a carefully managed, holistic dimension in which various elements in a photo are meant to be “read” together. Foregrounds, backgrounds, interactions, pace vs stillness—everything plays together, and the attentive reader will find much to engage the imagination. Sometimes, of course, just being in the right place at the right time—with the right equipment!—is “all” it takes and there are plenty of those snapshot moments here but even those are, in terms of photographic skill, far less casual than they first seem. 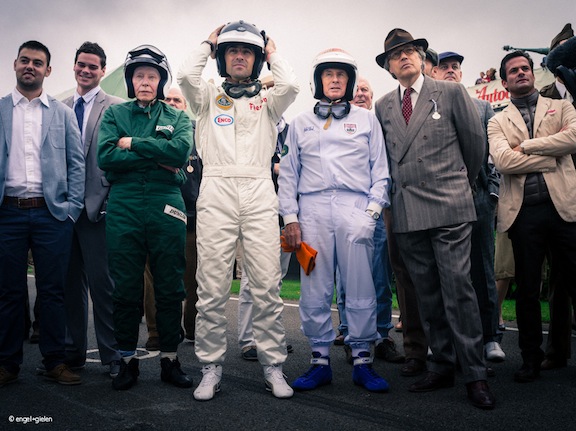 The point the book, the photos make is that Goodwood’s atmosphere is totally, utterly unique. After Lord March, the landlord as it were, reinstated the Festival of Speed (which had started in 1948 and run until 1966) the venue quickly grew from insider’s tip to top-drawer mainstream attraction. And it is the atmosphere, the ambience, the sort of people that participate, to some extent maybe even the people who spectate that make Goodwood different from any other event on the global calendar. 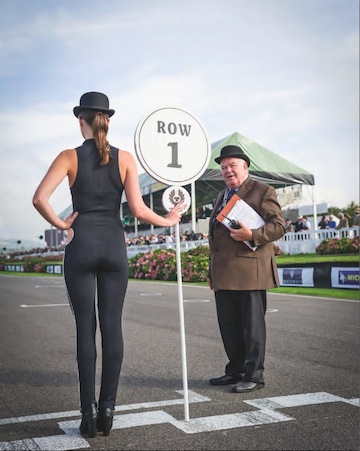 But the thing is, it’s not Disneyland—it has an authentic, genuine vibe that is, on the one hand, not a product of chance but also never comes across as contrived stage acting. Enjoy it while it lasts; Goodwood already shows signs of becoming a victim of its own success.

The book presents images from the 2013 and ‘14 Revivals, and the 2014 Festival of Speed and the Members’ Meeting which had been revived that year for the first time in almost half a century. Except for an introduction to the book by Gielen and an interview with Lord March there is no text other than photo captions.

Photos are plentiful, large, and printed on fingerprint-safe matte paper. For less than the price of a day pass, you can pick this book up any time you have the urge to time-travel. By the way, and since none of this is shown in the book, Rolls-Royces are being built just down the road (well, not literally) and Rolls-Royce Motor Cars is a main sponsor of the event, supplies the pace car, and has a fleet of new cars on hand for VIP duty. 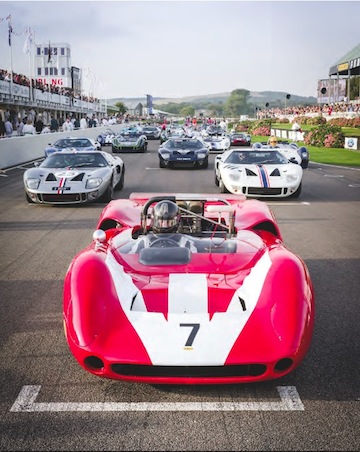