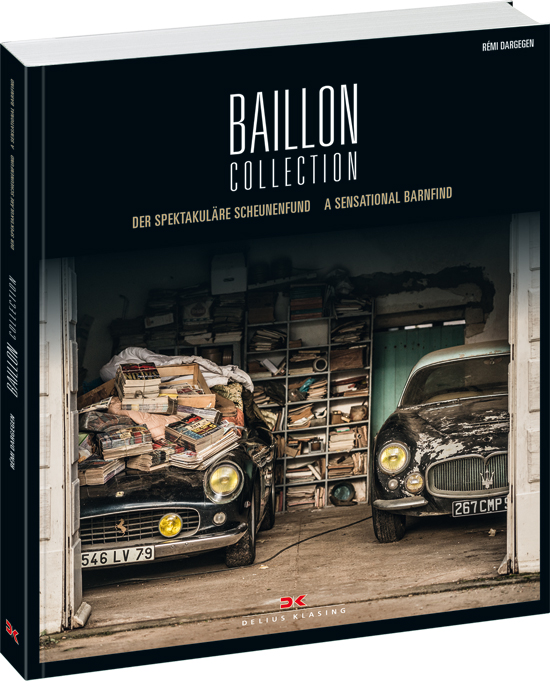 “Matthieu and his colleague Pierre Novikoff lead me to the barns. During the tour of the country estate I think I understand what I am actually witnessing here. But I am wrong. I really don’t grasp it at all.”

(German/English side by side) Remember where you were on December 6, 2014? If you’re into classic cars you would have noticed a press release that day by French auction house Artcurial, and then an online story by Classic Driver about a bunch of old cars no one had seen for decades having been discovered on the grounds of a castle. And in the days and weeks after that, as the scope of the find became clearer, seemingly every news outlet on the planet picked up the story. But the real fireworks didn’t happen until after the auction in February 2015 and the staggering sales prices were tallied. 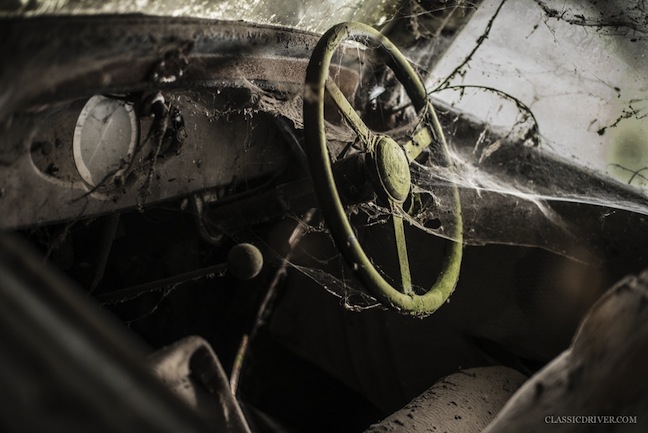 Even when the photographer, the author of this book, was dispatched to Château Gaillard he had no idea what to expect—and this is where we need to pause a bit. This book, this photo essay is about that moment of discovery when you round a corner and have that mind-bending “pinch me” dawning of the realization that something truly unusual is unfolding. It is meant to take the reader along, wading through the weeds, brushing aside cobwebs, 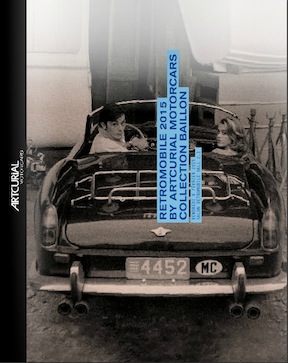 witnessing something that had been undisturbed for decades—and ceased to exist in the following days when the cars were removed to be sold at auction.

In that sense, the book is a true documentary, a reliving of the photographer’s experience. But what it is not is a learned history of Roger Baillon and his son Jacques and their car collection, or even of the cars themselves. The world does need such a book because the collection is, after all, the “find of the century.” Until then, the few pages in the 481-page auction catalog (bilingual, left) that talk of the Baillons and their intentions of creating the first French automobile museum have to suffice although they barely scratch the surface. 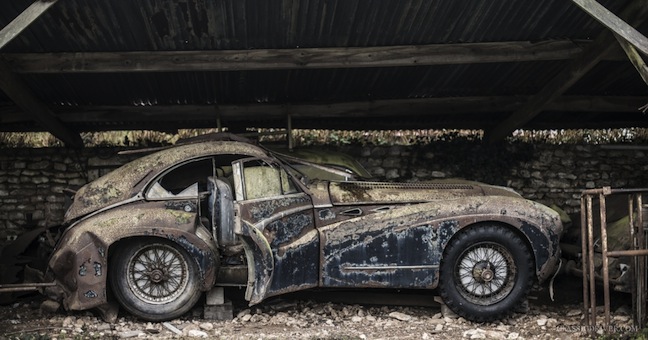 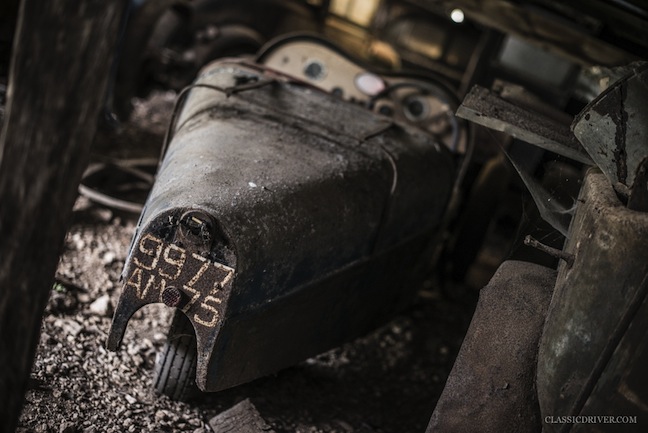 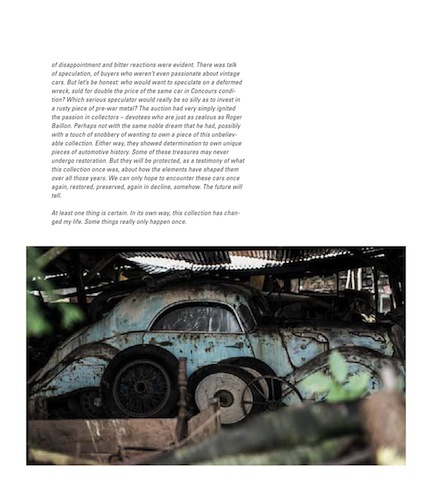 Other than a Foreword by Classic Driver editor Jan Baedeker, a few snippets of text and brief photo captions the only proper narrative in the book is an eloquent Introduction by Dargegen in which he lays his finger on a key issue: why did the sale of these cars attract a record audience, why did bidders willingly, knowingly pay multiples of the catalog estimates even for “unimportant” bread-and-butter utilitatrian machines, paying in some cases premiums even compared to concours queens, or buy wrecks that may be so far gone as to be unrestorable? For the same reason he is offering a photo essay instead of an academic treatment of these cars: it is not about facts and numbers and value and rarity and reason—but to be part of the myth that will forever 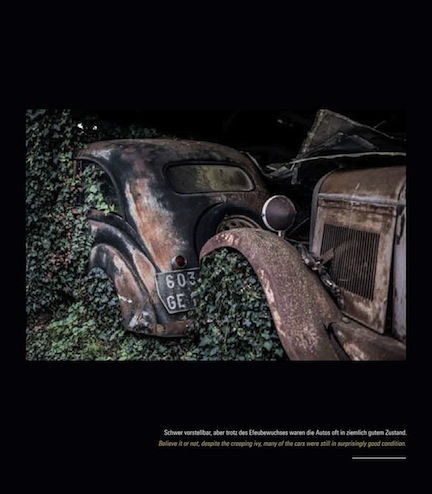 be associated with the circumstances of the collection’s creation and disposal.

Do you wish you could have been there when Howard Carter and Lord Carnarvon entered the tomb of King Tut? This book does something like that.

Compare this photo to the cover and you’ll see that someone rearranged the “props”! CSI would have a cow! 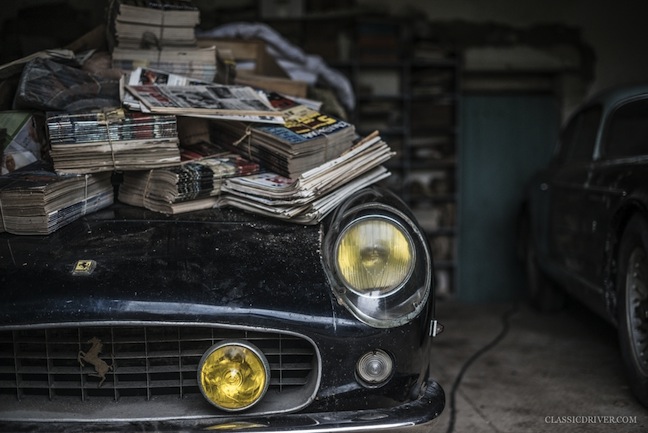 Berlin Airlift: Air Bridge to Freedom »
« A Banquet of Consequences