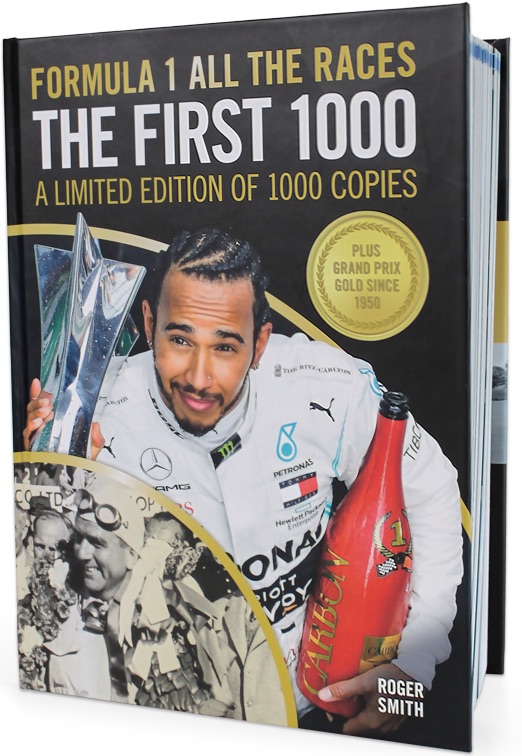 We all know that

…Jackie Stewart took up the habit of taping a spanner to his steering wheel. But when was that?

…One team was assessed an eye-watering $100 million fine. Who? When? Why?

A thousand races—of course someone was going to do a book! And it’s no surprise that it would be Roger Smith, after all he already has the winning formula for just such a book. His previous opus, Formula 1: All the Races, took us from 1950 to 2015, ending with race #935. The format of that book was well received and this new book follows that recipe. And because so much of that data was already captured, this new book accomplished what would otherwise have been a pretty impossible feat: bringing a 720-page book to press mere months after that 1000th race (April 2019, in…well?…Shanghai). If you didn’t know the answer to that you are exactly the sort of person who will get a lot out of this book. 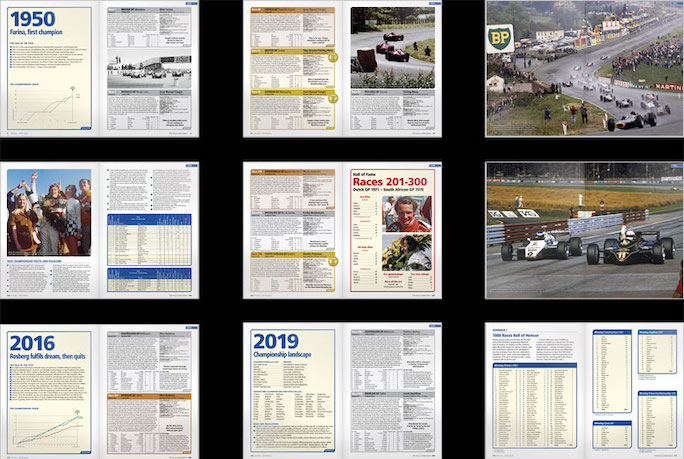 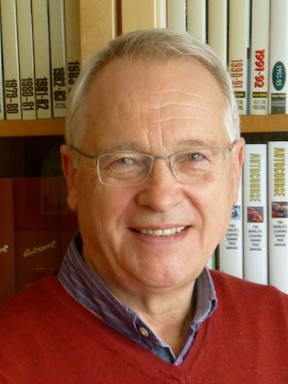 Not all of them are truly useful. The publisher describes Smith’s as “a reading book, a history book, and a reference book” and it is all that. While compact (7 x 9.5″) it’s a bit heavy to lug around to races (it’s also over 2″ thick) but the home viewer will want to have it handy during broadcasts (no maps, though).

The information is about as accessible and standardized as is practical, with each race in its own box, usually three to a page, that give a capsule overview of the race and the vital stats. If it matters, do note that up to #858 (2011) only the top 6 finishers are listed (by name, car, time/gap, grid position, pit stops, tire choice) but later on the top 10. Each box has a colored header, the color denoting one of five “race ratings” that range from “exceptional” to “travesty.” That there is room for disagreement here is a given—black is the one category there is no arguing with: someone died—but this quick visual aid really does help to get a snapshot impression of a racing season. There isn’t an Index nor could there be one, so race date is really the only high-level organizing principle. 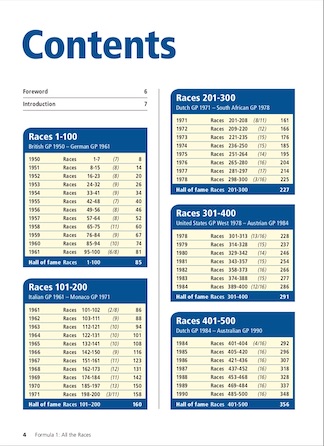 Smith started paying attention to GP racing in 1957, attended races and read everything he could. The immense amount of data he packs into his books is a reflection of that, and the fact that the data is presented in such a user-friendly format is a testament to his professional acumen working in the world of business information and research.

The contents is divided into batches of a hundred races, each batch ending with a “Hall of Fame” stat sheet. Each season/year begins with a page-long list of highlights as well as a graph plotting the two or three top contenders’ run to the championship, and ends with a “Facts and Folklore” section that dispenses additional data points or interpretative remarks about regulations, teams, trends etc. There are photos but they really serve primarily a decorative purpose. 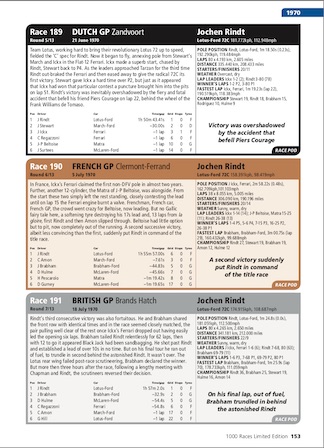 Various short Appendices present yet more data sets of the “winningest driver/team/engine” etc. etc. variety, and especially Appendix 2 with its “Knowledge Pods” (closest finishes, most dramatic overtakes for victory etc.) would be an ideal jumping-off point for anyone who doesn’t just want to crack the book open randomly. Since the 1000th race fell into the early part of the 2019 season the remainder of that season is available after Dec. 6, 2019 as a free download from the publisher. In fact, the whole book would have even greater utility in an electronic, searchable—and very portable—format.

That this book about 1000 races is limited to 1000 numbered copies is of course merely to be cute—but it is a crying shame. It deserves much wider circulation! 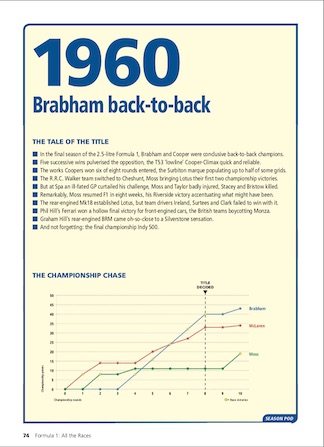 Taming the Skies: A Celebration of Canadian Flight »
« Something New Under the Sun, The History of America’s First Car