Mercedes-Benz WINNING! 120 Years on the World’s Greatest Race Tracks and in India 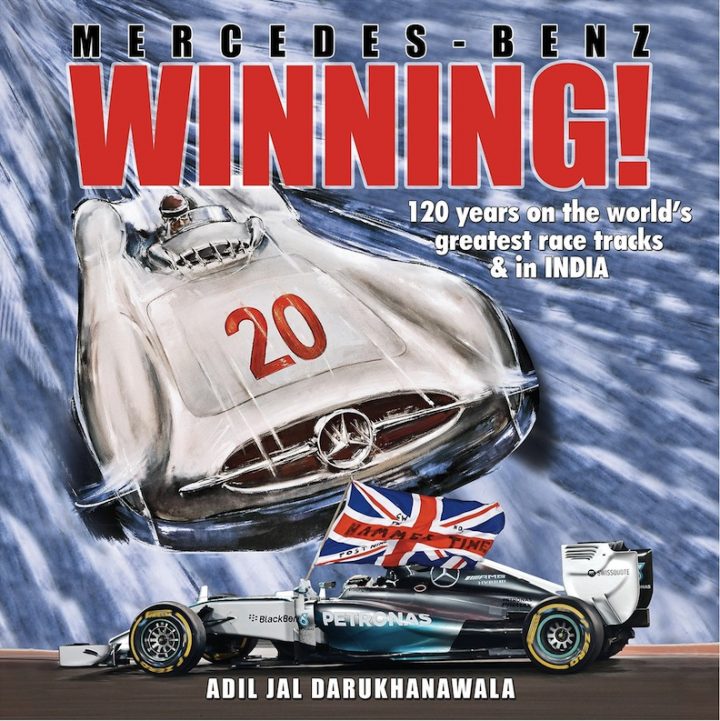 “On the other hand Carl Benz didn’t clearly love or see the logic of competing in races or time trials. He was famously on record to say in 1901: ‘Rather than taking part in races which teach us nothing useful and indeed actually cause harm, we will continue to focus on producing robust and reliable touring cars.’”

And this, oddly, is after Daimlers and Benzes had already proved their mettle in competition. Nine of the former and one of the latter had been among the 15 finishers of the first recorded proper motorsports event, the 1894 Paris–Rouen rally.

Winning, tricky business. A reader new to current motorsports could be forgiven for thinking that Mercedes rules the roost supreme yet even a company with such industrial and marketing strength has its struggles. 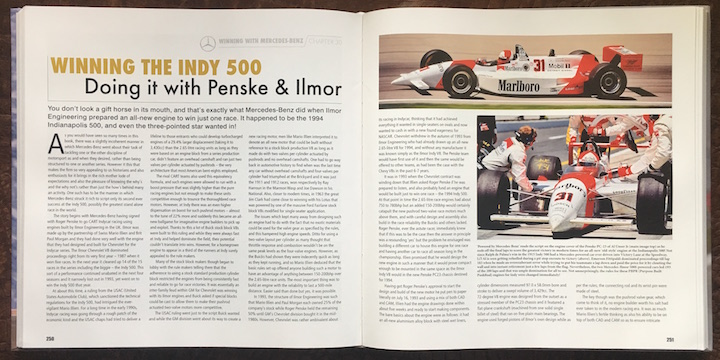 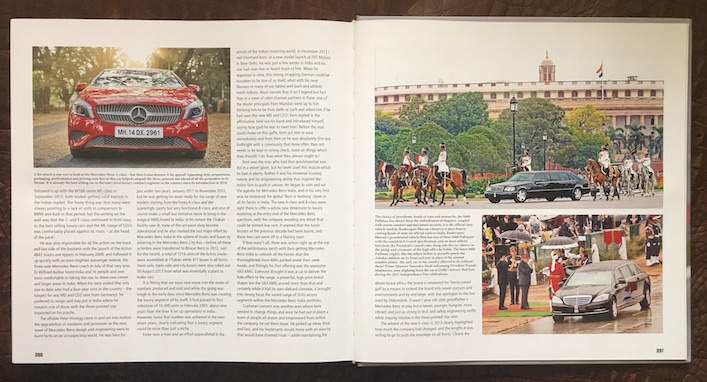 As an Indian automotive journalist Darukhanawala obviously is aware first-hand of the marque’s place in the automotive firmament on the subcontinent, and while motorsports play no large or consistent part in that story, it is the dominant theme of the book. The history of M-B road cars (and not just the over-the-top confections for maharajas and such) and especially utility vehicles (trucks, busses) make up a good third of the book and this may well be the first time that an Indian book aimed at an international audience introduces this important part of the story into the record. Moreover, anyone with an interest in early Benzes will or should know that it is in 21st century India that reverse-engineered replicas of the very first Benz, the 1886 Motorwagen three-wheeler, are being made for Bentley Engineering in the UK. 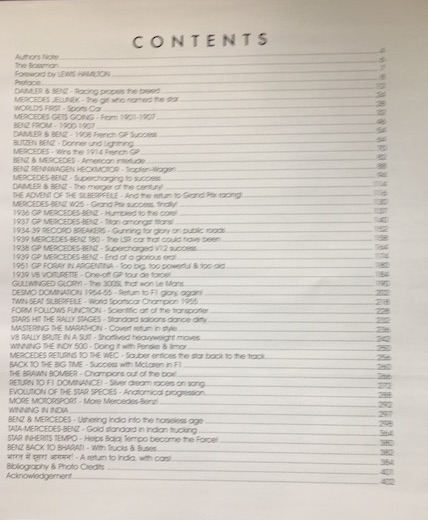 Darukhanawala is a fine writer and studious researcher. The tone is engaging and fluid, with only very occasional irregularities in regard to word choice or sentence structure, and there are almost no typos (not counting the German Umlauts that are missing in almost all cases). On that score alone the book is simply a joy to behold.

There is also nothing overtly amiss in regards to facts and story arc; in other words, the overall history covers all known bits. If there is a weakness it is something that only the more scholarly, methodical reader is likely to feel handicapped by: the story is largely told in the form of extensive often paragraphs-long photo captions. This means that the exposition of any one idea is not linear, in one place and that makes it difficult to cross-reference details or, in certain cases, develop an organic step-by-step understanding of specific developments (there is also no Index). In other words, all the ingredients are there, somewhere, they’re just not easy to string together. And in a 200,000-word opus, that means a lot of flipping back and forth or plastering notes all over the place. The book, incidentally, qualifies as oversize: almost 12 x 12″. 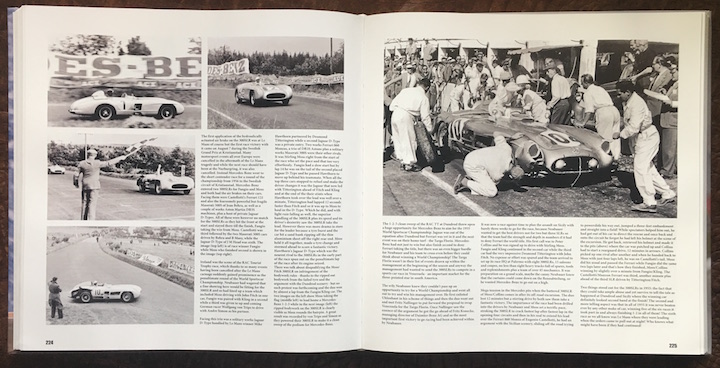 By the same token, the profusion of photos, coupled with those thorough captions, means that the casual reader can just pick up the book time after time and read snippets here and there and still gain real insight. 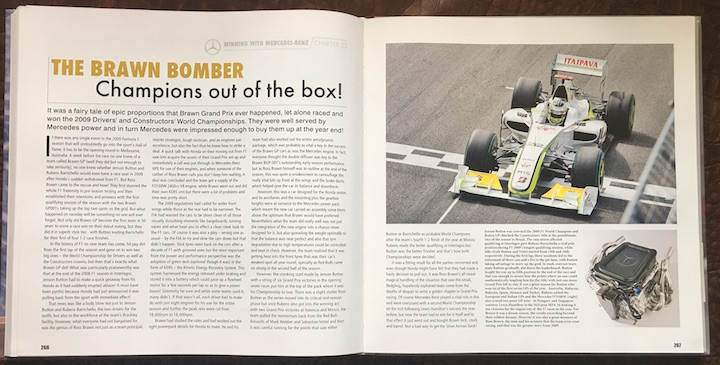 In explaining the genesis of the book Darukhanawala is keen to give credit to M-B India fully supporting the work and arranging access to the archives. It is impossible to imagine that his grasp of the subject matter is deficient but it is not impossible to think that he may have been trying to be too polite to M-B. Here a concrete example, related to the events that set the firm on its current streak of dominance:

“If there was any single event in the 2009 F1 season that will undoubtedly go into the sport’s Hall of Fame, it has to be the opening round in Melbourne. A week before the race no one knew of a team called Brawn GP (well they did but not enough to take seriously), no one . . .”

Readers unfamiliar with this episode will read right over this section and not know any different. Everyone else’s eyebrows will go up. Not a word that team principal Ross Brawn had just left Ferrari where he had presided over the team’s unprecedented string of back to back world championships, not a word that the driver without whom this could not have happened—Michael Schumacher, freshly retired—took on the role of consultant to the marque that had given him his start in racing. Quizzing the author about this it turns out that this omission was not intentional but a regrettable oversight—which we take pleasure in reporting to our readers but won’t help anybody else. 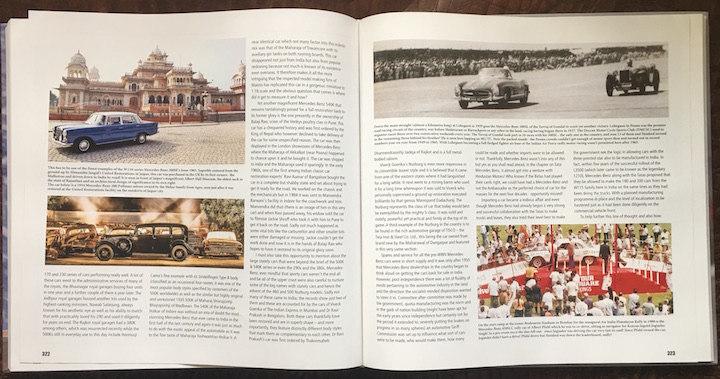 On the whole, this is a splendid book, a serious book, a worthwhile addition to the library, it advances the body of knowledge—there’s not much more a book can do!

Another book is already in the works so stay tuned.