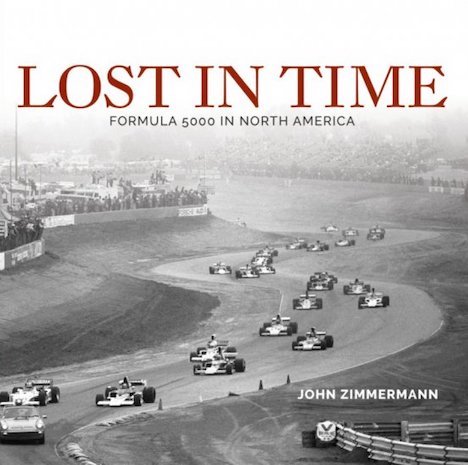 “Sadly, in the eyes of many of those involved in the sport, the SCCA missed a major opportunity when it terminated the Formula 5000 Championship after the 1976 season.

In an ill-fated effort to revive the prohibitively expensive Can-Am series, decision-makers in the Sports Car Club sacrificed what had become one of the most popular affordable open wheel racing classes in the world. With proper support Formula 5000 could have become the top class for the American National Championship: the cars of the Indianapolis 500.”

Launched in 1968, F5000 lasted for nine years in North America—which is, in keeping with this publisher’s mission statement, their primary field of inquiry and what this book covers—but was also run in Europe, Australia and New Zealand, and South Africa. Alongside Can-Am and Trans-Am it was such a distinctively American creation that readers might assume that the “A” in its original name, Formula A (until 1971), stood for America when it really was only the first in the SCCA’s alphabetic index of racing series. 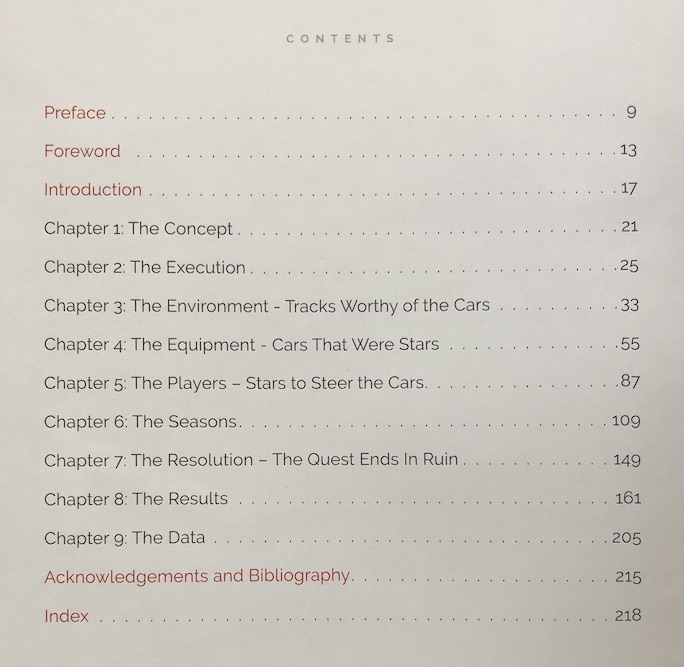 While some things deserve to be forgotten, F5000 should not be one of them. As British driver David Hobbs notes in his excellent Foreword, the series had all the right ingredients—serious speed (on par with and sometimes exceeding F1), sponsorship, a great variety of venues, and attracted international competitors. Deeper in the book you’ll find another attribute, and something that is rather the exception than the rule when it comes to organized motorsports, “intelligent regulations.” (The “5000” in the name derives from the maximum allowed engine capacity of 5L/5000 cc.)

So why did it all go south? The organizers convinced themselves that the paying public was only interested in sports cars and not open-wheel racing and/or single-seaters. Even when F5000 in its declining years was modified into a closed-wheel category, it remained single-seat. Author Zimmermann and just about everyone else who is quoted here blames “unsettled organization and faulty decision-making” for “one of American racing’s greatest missed opportunities.” The Table of Contents makes that arc starkly unambiguous, from Ch 1 “Concept” to Ch 7 “The Quest Ends in Ruin.” 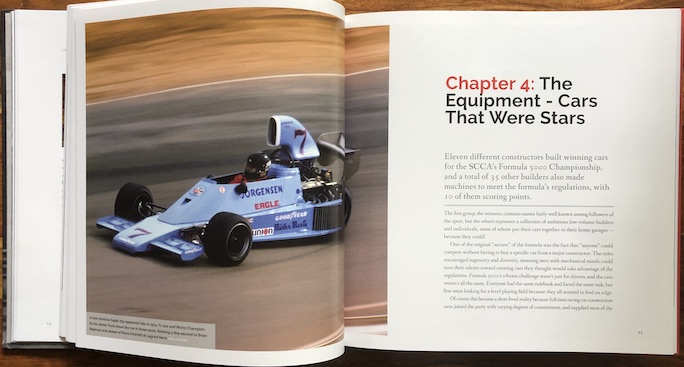 Above and below: clever chapter titles. But . . . typographers will groan to see a hyphen (above) and an en-dash (below) used interchangeably. The sky is falling. 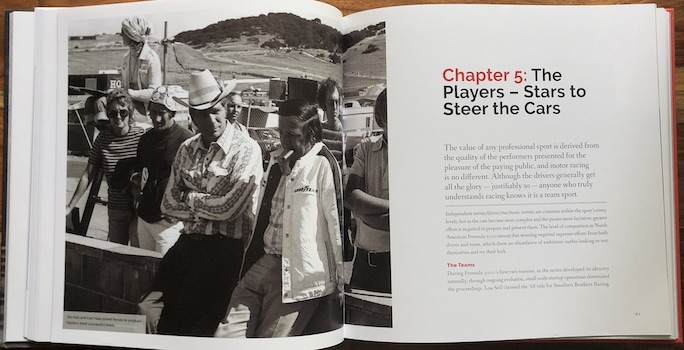 Among other gigs, Zimmermann was a founding editor of motorsports magazine Racer (1992), a sister publication to the Racer.com website, and is Associate Editor at Vintage Road & Racecar magazine. Both of these magazines have depth and a discerning audience and so Zimmermann positions his book as “the definitive source for the racing historian.”

A serious look at a serious book should always begin with a perusal of the Index to get a first assessment of the book’s scope. If there is none, well, how seriously is the book even trying? This book has one, and it is genius inasmuch as the entries don’t simply list the page number but also a letter code to let you know to expect a diagram, a photo, or a quote. Very unusual, very useful = gold star. 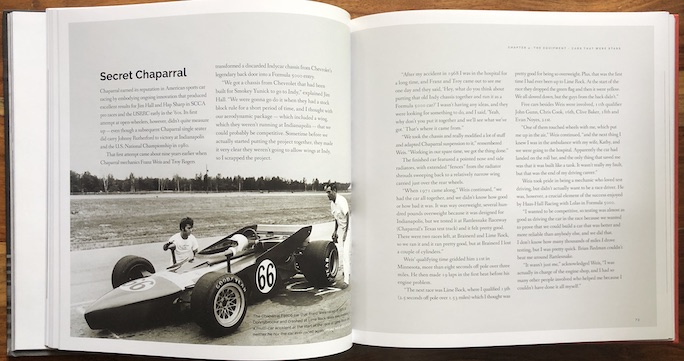 From cars and drivers to tracks and races the book connects the relevant dots and in a thoughtful, relevant way; the cars, for instance, are described in descending order of wins, first by marque/team and then their most successful model is described with a data set that lists the designer, chassis and component details, and track/wheelbase. Descriptions of the race tracks are obviously of the configuration at that time, and all have a diagramed layout. The title of the final chapter is “The Data” and it shuffles the deck several different ways to make it easy for the reader to look up just the thing they need—fastest lap, pole winners, race seasons etc. 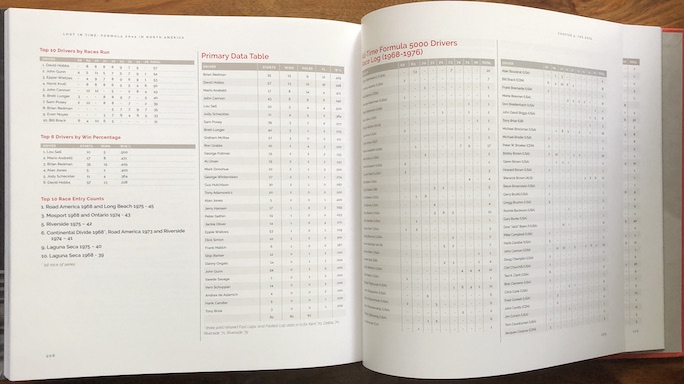 The prose is a joy, there is not a typo in sight, photos are well chosen—there is really nothing this book doesn’t do well. If you are not familiar with this award-winning publisher do read the “About Us” section on their website; since they started in 2006 they have not put a foot wrong, which is why we have taken the time to review almost all their books (the exceptions being YA titles that just are not priorities for us).

For anyone with a different take on the merits of F5000, realize that the book does not devolve into preachy boosterism. Besides, the stats and data along with the photos alone make the book worthy of a place on the book shelf.

F1: The Pinnacle, The Pivotal Events That Made F1 the Greatest Motorsport Series »
« Ilyushin Il-28