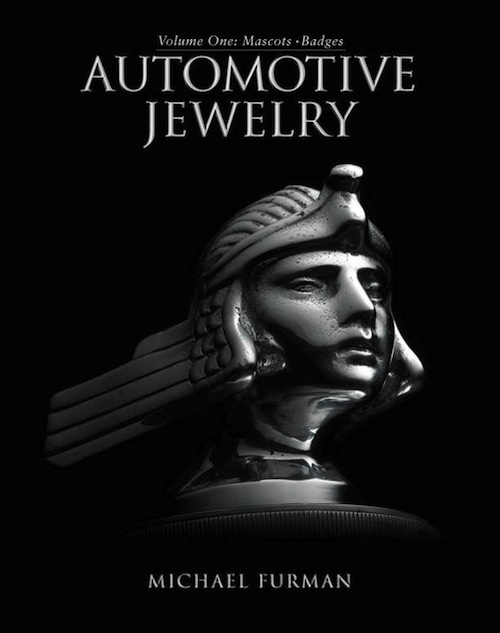 “On a woman or a man, a wonderful piece of jewelry is a very personal statement. It is carefully selected to enhance the rest of the outfit, or to make a signature statement. The form and materials tell a story about the personality and emotion of the wearer.”

Look around in the parking lot next time and check out car badges. Find anything “artistic”? Can you tell a Hyundai from an Infinity just by looking at its badging? And you can count the cars that have actual mascots—with their nasty habit of impaling pedestrians—on the fingers of one hand. It wasn’t always this way.

The title of this book right away intimates that it is not a collectors’ or price guide, or even a car-spotting primer. It is a bit of the latter but only inasmuch as mascots and badges, if done right from the outset, are really only successful if they do become a sort of shorthand for a car’s or a firm’s identity, recognizable at a mere glance. What good would “branding” be if it needed to be changed all the time? And how unimaginative would it be if a car had only lettering stuck to it so as to set one apart from the other? 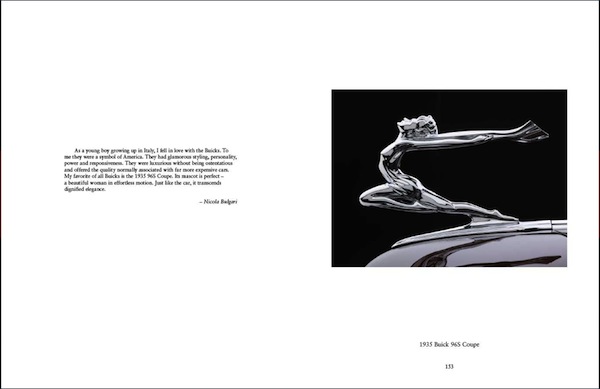 No, esthetically pleasing and intellectually satisfying imagery has to be devised to capture that which a brand wants to be known for—speed, obviously; reliability, sporting success, elegance, and whatever other attributes are deemed suitable. From bulldogs to delicate sylphs in varying states of undress; from laurel wreaths to leaping hounds; from indecipherable coats of arms to stylized jet planes. Art, in other words. Art that adorns and embellishes—as jewelry would. This book, then, does not concern itself with dates and shapes and metallurgical minutia, it focuses on imagery.

The subtitle indicates that there will be other books that explore other aspects of automotive jewelry. And even this first volume could have been subdivided into two because sculptural mascots tell their story in a totally different way from badges or even lettering but, in the days of yore, cars usually had all of these elements at the same time so they might as well be examined here in unison.

The “examining” is, however, rather random in terms of a cohesive treatment of the subject—which is almost inevitable in what for all practical purposes is an anthology. Other than author Furman’s introductory essay that surveys how mascots and badges came about in the first place there is no other narrative to advance any sort of story. This is not a deficiency; it is simply not what this book is about. It is the photos, Furman’s photos, that tell their own story.

Some 40 luminaries from—mostly—the car world (there are mini bios at the back of the book) were given an opportunity to provide “commentary” in the form of a short paragraph, a half page or less. These range from the learned, detail-oriented analysis by marque experts of, say, every element in a coat of arms to well-intended but superficial remarks by laypeople to utterly subjective, anecdotal musings. Since the editor felt honor-bound to preserve each individual “voice” these contributions are more colorful than always helpful.

But back to what does elevate the book, the photos. Furman has come a long way since that orange 1963 split window Corvette he chased with his camera as a teenager set him on the path to becoming a professional photographer. For those with an eye for staging, lighting and composition, Furman’s car photos are recognizable by their particular style. (Try it some time: open a bunch of books, shuffle, Find the Furman) 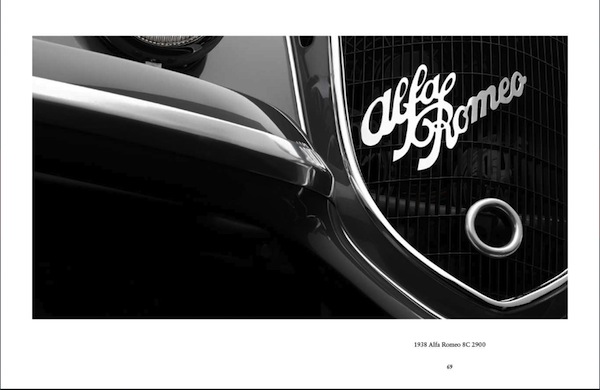 This does not quite come into play here because this subject matter, by virtue of being a smallish component attached to a whole car that is not shown whole, has limits in terms of how it can be lit and framed. The story a badge or script on the side of a car can tell is different than that of an illuminated mascot jutting forward on the hood of a car. Still, the photographer has to “see” these factors in order to convert them into opportunities. 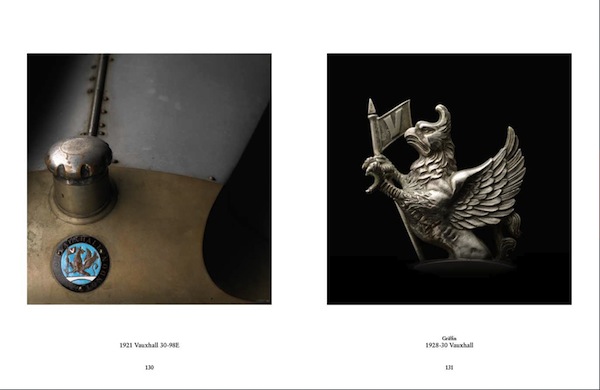 More importantly, Furman finds fresh ways to show things the classic car enthusiast may have seen a hundred times before without ever, really, seeing. To those who take their time, the book will open eyes—and that is what this book wants to accomplish.

A tip of the hat must go the printer of this and so many other books by Furman, Brilliant Graphics. Both their sensibilities combine to produce standard-setting, bar-raising work.

Furman tends to launch his new books at the Pebble Beach concours where he usually has a booth near the entrance. If all progresses as planned, expect volume 2, which will feature the personal rather than the corporate dimension of car ornamentation, in August 2014.

Posted Under: Automobiles, Photography | Author: Sabu Advani | No comments yet