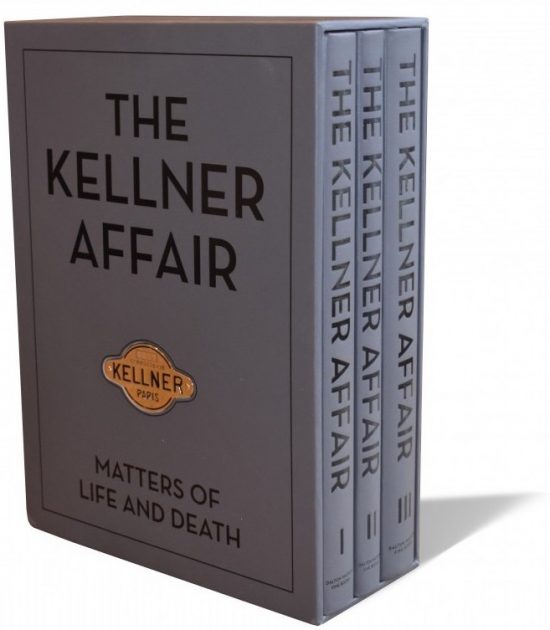 In an automotive context, the name Kellner is instantly recognized as that of a premier French coachbuilder (a German firm of the same name is not related). But is coachbuilding a matter of life and death? It is, or was in this case because of the time at which the events this book charts transpired.

If you’ve read any of the previous Larsen / Erickson books—and, we say again, it is your loss if you have not—you know these authors turn over every rock, and then some, resulting in books of quite enormous breadth that to some is satisfyingly thorough and to others a bit self-indulgent. Either way, at the end of the day it is true, and sad, that too often niche subjects have only one real shot at being introduced into the record—so you better make that one shot count by saying everything there is to say, and damn the torpedoes. It helps to have a publisher (Dalton Watson, all hail to thee) who can see both the business and the intellectual case for going deep: whatever makes a book longer makes it more expensive, a tricky tightrope act. 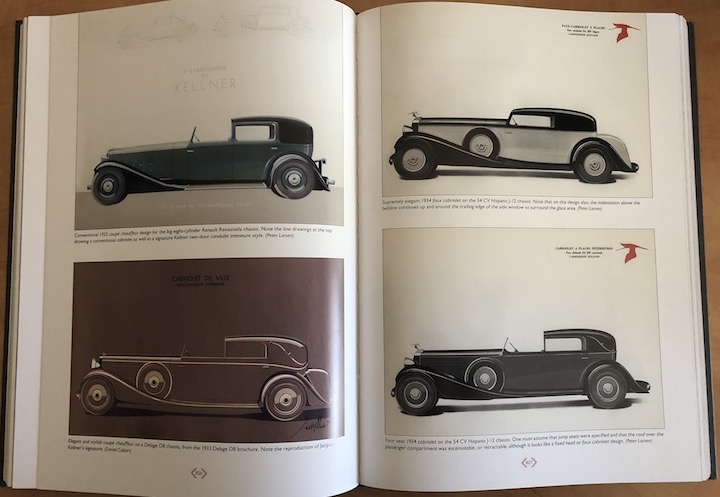 Further to the last point, it is illuminating to reflect on the fact that this book which rings up at over 1000 pages, and several hundred more on a USB flashdrive containing ancillary material, was not the book Larsen set out to write! A different coachbuilder, Figoni, was in his crosshairs when the somewhat peripheral matter of one Jacques Paul Kellner being tried by the Nazis as a spy and executed was next on Larsen’s list of a million things to research. (The Figoni book, incidentally, remains yet to be finished.) That this seeming footnote or sidebar should have so moved Larsen (b. 1954) to dig into this story has biographic reasons, as is explained in the introduction. It is, not to put too fine a point on it, the proverbial “labor of love.” 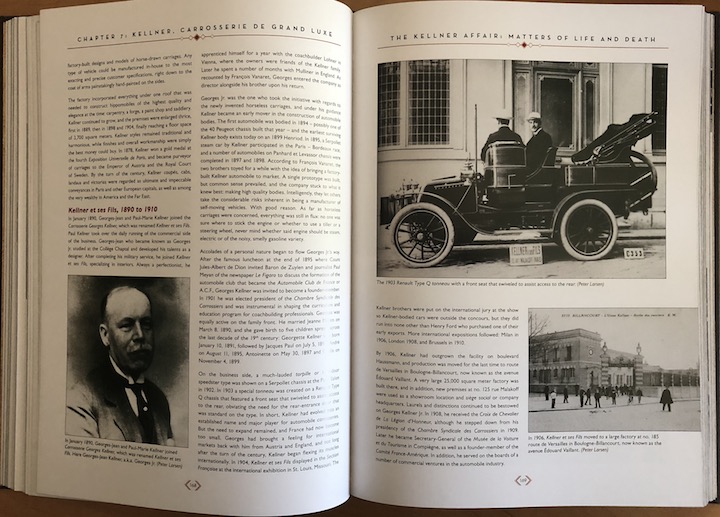 It is also noteworthy that this book could have been ready to launch a year earlier—if author and publisher had stooped to rushing the job. The “big” Dalton Watson books are usually launched during the Pebble Beach concours and so this Kellner book, despite being basically ready in mid 2017, was unveiled not that year but only this August 2018. 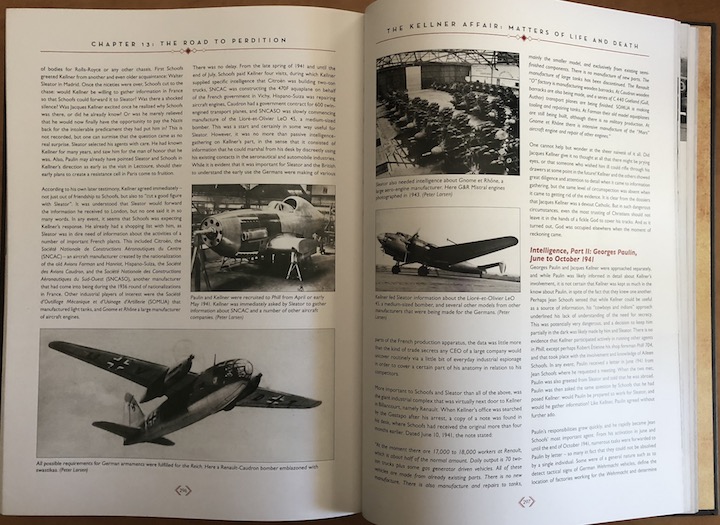 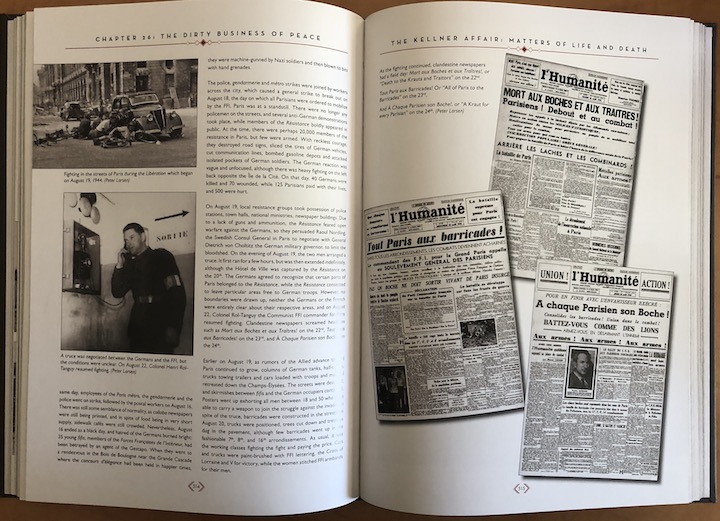 Like a set of nesting dolls, this trilogy contains topics within topics. Anyone with an interest in secular history in general and Continental coachbuilding theory (with special attention to streamlining) and practice in particular will turn to these books again and again. Obviously, Kellner-bodied cars feature prominently—and the period photos and related material is superb—and Larsen is the consummate expert on many aspects of this era of coachbuilding, but this is really not what the book is about. 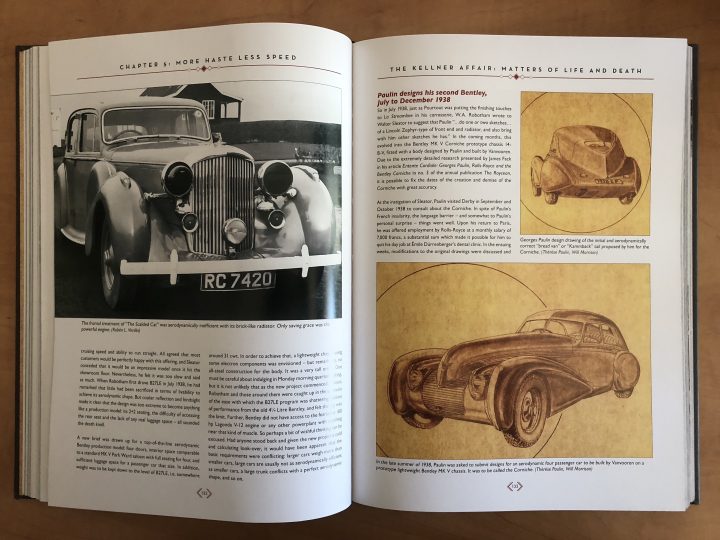 In an ideal world, the books deserve to be read not only in their entirety but in order, from first page to last. Larsen writes the way a composer composes: every note in just its place, to make an organic, impactful whole. That his writing style is “ornate” and that, at the nano detail level, many things (cf. scope, tone, selection, “meaning”) could be said different ways is neither here nor there—just accept that every now and then you may find your attention wandering.

What really counts is that the book advances the body of knowledge, breaks new ground, and is almost unfathomably rich in context. Readers familiar with the French Resistance will recognize and appreciate that Larsen has unearthed material not seen in over seven decades and almost certainly never this neatly combined. All of the relevant primary sources are reproduced as facsimiles (hence the flashdrive) so anyone able to read French or German can evaluate it on their own. 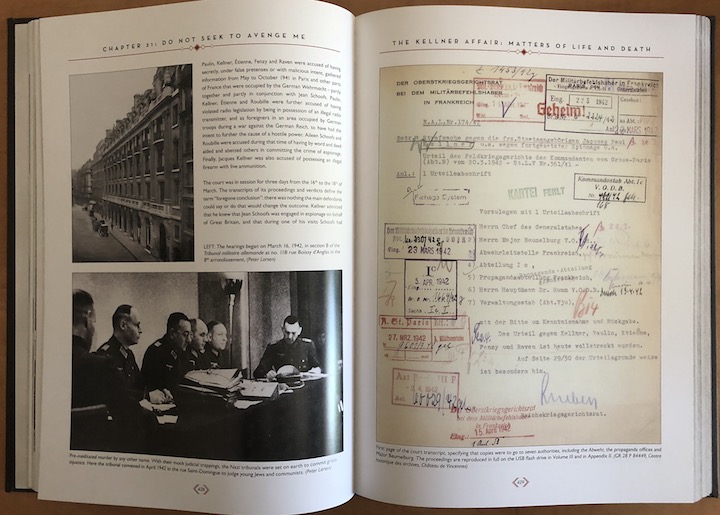 Probably most important, the book circles around a timeless and utterly fundamental phenomenon: the human condition when put to the test. Kellner was denounced by his fellow man—as were Figoni and oh so many others—for petty reasons. That the world thus lost a creator of pretty cars is the least of its problems. 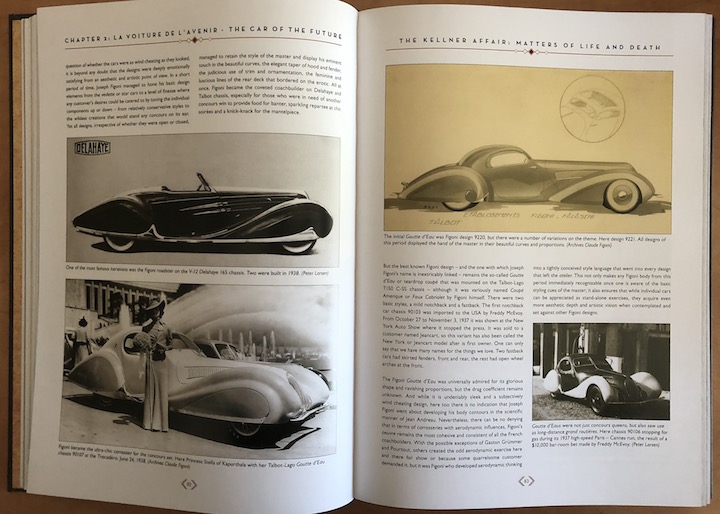 As a Dalton Watson offering, this book is a fine production in terms of design—just behold the somber colors of the cover, the period-appropriate typography and graphic devices—and physical properties on a level not commonly seen any more. 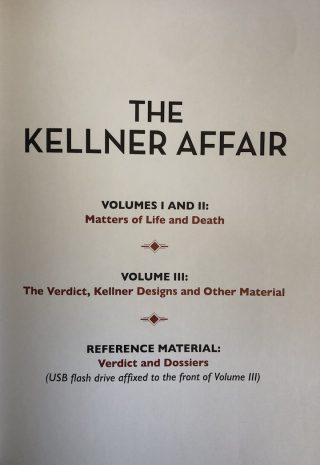 People who really have only eyes for the cars will wear out Volume III first. (This volume also has the memory card attached, to the inside front cover.) At around 400 pages it is the largest of the three, and, strictly speaking, it consists of only appendices, heavily illustrated and including one each for/of design drawings, period car photos (in alpha order by marque), and Kellner brochures. It is useful to realize that each appendix has its own table of contents whereas the index at the back of the book lists only people.

In terms of research craft, this book stands pretty much alone in actually taking the reader along, not least by presenting the primary sources for evaluation, into the labyrinthine world of paper trails, clues and leads, and the detective work of assigning credence. In fact, after drilling so deep into the subject, Larsen is confident that all the previous literature has got a cardinal conclusion wrong: the identity of the person who denounced the resistance group Phill to which Kellner belonged. Larsen names names.