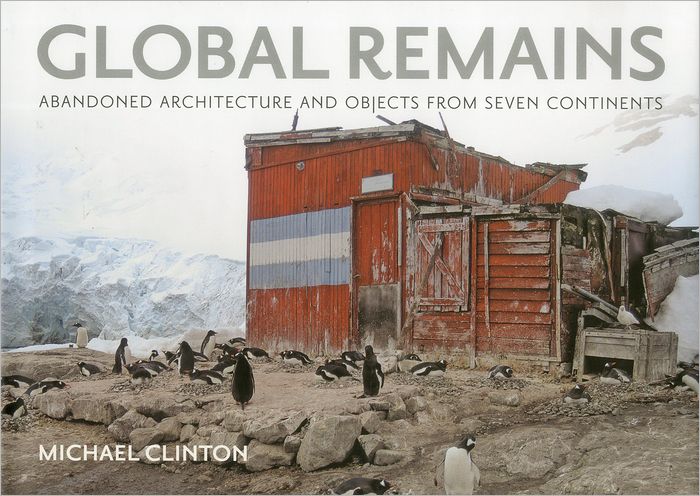 “As man has learned building his world around him,
as cultures have evolved, everyday relics remain in place.”

The book title speaks for itself, and the photos, uncaptioned as they are, do too. Any reader with even a modicum of imagination can weave their own stories around them. Other than a half-page introduction to each of the seven chapters, and an overall introduction to the book by the author, there is no other narrative to connect the dots. The theme is impermanence; no matter when and where, it is a universal condition. Entropy reigns supreme, seeking to return that which is, in this case, assembled to its disassembled state. 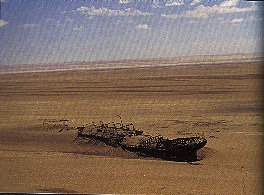 Already as a boy, Clinton developed a longing for capturing the world on film. By now he’s been to every continent and 120-odd countries, bringing home piles of photos to show the world he sees to the armchair traveler. This book is the third in a series (the others being Global Snaps, 2005; Global Faces, 2007) that unlike his other two books (Wanderlust, 2004; American Portraits, 2010) employs minimal text to advance the story. This may make them books for non-readers but certainly not for non-thinkers. If you can’t be bothered to dwell on these images and the reality they represent, then they are nothing more than random noise.

The absence of text has, of course, a downside—the curious reader is left to speculate whether what he sees/reads is what the photographer meant to show/say. For instance (it’ll take a few sentences to get to the point), two of the seven chapters revolve around transportation, “Airfield” and “Road & Wheel.” In the former, all of the photos come from two locations in Tucson, Arizona, which is home to the Pima Air & Space Museum and the 309th Aerospace Maintenance and Regeneration Group at Davis-Monthan AFB where more than 4,400 aircraft and 13 aerospace vehicles from all military services and federal agencies are stored in the dry desert heat. Created after WW II, the 309th was established within the Air Force Materiel Command structure as a storage facility for B-29s and C-47s and today provides maintenance and regeneration capabilities for Joint and Allied/Coalition warfighters. And that is why two of the 55 photos show military jets you wouldn’t expect to see on a US installation: one with (West-) German and one with Cyrillic markings. While this sort of micro detail is not relevant to Clinton’s story, the observant reader will wonder if the photographer included them knowingly, intentionally, or if he merely saw two generically interesting planes without grasping the peculiarity of their presence there. 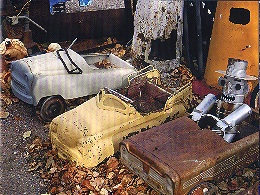 The “Road & Wheel” chapter is where you’d expect all wheeled transport to be, no? So why did a 2-page spread of a camping trailer migrate to the “Town & Dwelling” chapter (p. 258/59)? Oversight? Intentional? Cosmic meaning? None of the above issues dilute the story, they just lead to unnecessary distractions on the part of the reader/viewer who does the very thinking the author wishes to engender.

Looking at page after page of photos and becoming absorbed by them, it is all too easy to stop noticing something really important: the photos look good. Clinton knows how to handle a camera, not just in terms of technique but also composition. Neither of these factors is easily controlled in the field. When you shoot immovable outdoors objects you are at the mercy of terrain and climate, the physical parameters of where you are in relation to the object and, often enough, time of day and, therefore, light. Background, foreground, ambience, texture—there is a lot of tricky stuff here. These photos may look unglamorous; just try taking shots like that yourself!

As President of Hearst Magazines where he oversees 15 magazines, one should think Clinton would have a decent editor on the payroll, someone with the ability to untangle word salad like this: “For any airplane buffs, a visit to Tucson and the magic they carry with them thinking about the travelers who have used them over the years while they were in service is a distinct joy.” Or a proofreader who’d get the name of the book right (on the first page of the intro, no less) or recognize that the word “Vennligst” on a road sign sounds more like the Norwegian it is even if the caption insists on Hungarian.

From dilapidated industrial detritus to faded porch chairs, from recognizable UNESCO world heritage site to utterly nondescript barn fence in the nameless New Mexico hinterlands, from Scottish cemetery to post-Katrina New Orleans, the book is a reminder that what goes up must come down and that what truly lasts will outlive, and is thus more important than, brick and mortar/steel and plastic.

Posted Under: Art/Photo, Other Genres, Travel | Author: Sabu Advani | No comments yet