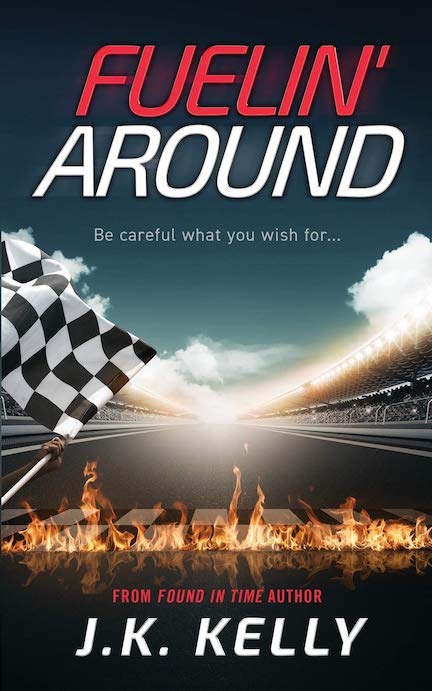 You’ll find links on the internet that will enable you to find the formulators or makers of racing fuels as well as those who market or sell what others produce. If you’re seriously searching for a supplier you will need to also be specific regarding what type of racing and the rules of the series or event and local or state ordinances and laws because there is a great deal more to this “go juice” aspect of racing than is usually revealed or discussed in books or articles. And those fuel formulators are constantly adjusting their fuel formulas to help their client-racers squeeze the best performance out of their ride(s)-of-choice.

To say the least, it is a highly competitive aspect of racing be it a participant’s weekend fun or the main business and source of income.

Author Jim “JK” Kelly was in a right place at a right time to become part of VP Racing Fuels practically at its inception. While still in college majoring in journalism this race fan was invited to accompany a friend to a San Antonio, Texas satellite community named Elmendorf. There they loaded drums of fuel formulated by a fledgling company, VP Racing Fuel, and hauled them to the Pomona, California NHRA Winternationals to fuel VP’s client/customer racer’s cars. The dye was cast; Kelly was destined to spend his entire 35-year working career with VP.

Remember that journalism major though because it played a part in helping hone Kelly’s communication and writing skills as the pages of this, his memoir, Fuelin’ Around, attest. It reads like an adventure novel—which, by the way, Kelly has also written–several in fact. His newest novel (the sixth), Deadly Driver, your commentator has read. Kelly comments “I’ve always had a vivid imagination and a passion for writing, especially thrillers. Having spent a lifetime in motorsports I asked the question ‘What if?’ and took Deadly Driver’s hero Bryce Winters for a ride. Think Jason Bourne and Jack Reacher meet but in Formula 1.”

Kelly does have the knack and ability to write entertainingly and engagingly. Curious to know more, visit his website. Fuelin’ Around may read like a novel but it definitely is not. It is Kelly’s non-fiction memoir with a More Fuelin’ Around sequel said to be in the works.

Kelly’s position with VP was not insignificant. He was VP’s northeastern US regional manager, a territory that extended across the Atlantic Ocean to include the UK and all of Europe. Later he added being the corporate director of sales and marketing to his plate. As he wrote, over his career Kelly eventually worked “within all forms of racing from the motorcross novice . . . to some very big names in Formula 1.”

Developing racing fuels and subsequently selling to racers, whether car by car or, more lucratively, to an entire series as its designated fuel and fuel supplier, is very competitive. Kelly describes this entire aspect of racing In great detail putting the reader “there, on the scene.”

Fuelin’ Around also describes the business ethics practiced by Kelly and the rest of VP’s staff and employees. It’s instructive in that their ethics and philosophy contributed to the company’s successes and growth in an industry where VP was considered the “David” to several “Goliaths” like Sunoco, Union 76 and some others. Kelly described it this way; “in order to achieve your goal, you have to eat, sleep, live and breathe the mission with unrelenting passion and focus.”

Fuelin’ Around is a high-energy, fast-paced read about a super high-energy (yes, there’s a pun there) business.

312 pages, no images or index, softcover