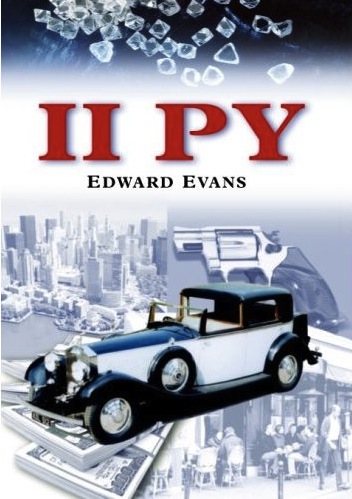 This bespoke aspect makes the cars unique which is why some Rolls-Royce owners are inspired to write meticulous scholarly works about their cars. Others feel kissed by the muse to let the imagination roam and spin yarns about the colorful past their car may have had. In real life, 2PY (correctly denoted with Arabic, not roman numerals!) is a 1933 Phantom II with sedanca de ville coachwork by the firm of Barker. And in real life, the author owns that very car, and did, just as in this novel, buy it in the US (in 1991). This crime story spins an often-engaging yarn of the acquisition of the car at a DEA auction, its first presumed and then confirmed dark past, and the resulting efforts of the—businessman cum drug lord—previous owner to get the car back, by hook or by crook. So far so good.

But . . . the reader who is easily distracted by matters of internal logic, believable characters, and at least generally accurate depiction of real-world circumstances will turn the pages with an ever-growing frown. While one is disposed to seek the good in a fellow man’s undertakings, one is moved to remark that not everyone who acts in a school play is an actor. And not everyone who picks up a pen is an auteur. Whatever the author’s ambitions, the execution is shockingly amateurish.

The first third of the story takes place in the US—the reader is reminded that the author is British. Anyone even superficially familiar with the workings of the US criminal justice system will cringe at the unrealistic portrayal of procedure, custom, and vernacular. (Especially bad for an author who is a retired magistrate.) Stereotypes abound. Even US patterns of speech and colloquialisms are contrived, and perfectly simple-to-research things are just wrong, such as the fact that there is no such thing in America as the Ford Transit van (although it is rumored to come to the US in the future), no matter how ubiquitous it is in Britain.

From the implausible to the improbable, throughout the book, the sole mechanism by which this story advances from mishap to mishap is the relentless stupidity of the protagonists. Any reader with even a modicum of common sense will be hard-pressed to root for characters who, in their pursuit of vanity (insisting, for instance, on taking the car on rallies and to shows while being chased across continents by thugs who want to do them bodily harm) consistently endanger themselves and others by acts of staggeringly poor judgment.

To add insult to injury, typos abound, increasingly so towards the end. They range from simple misspellings to duplicate/missing words, grammatical problems (even after accounting for British vs. American conventions), and inconsistencies. (Just one example of the latter: in the space of three pages the value of the cocaine hidden in the trunk is given as $29 and $27 million.)

Some of the blame for all this needs to be placed squarely at the publisher’s feet. What makes it particularly painful to be so critical of this book is that one wants it to succeed because Evans donates all proceeds from his books to various charities. This one, his first of currently five, has raised over £3,500 for the homeless.