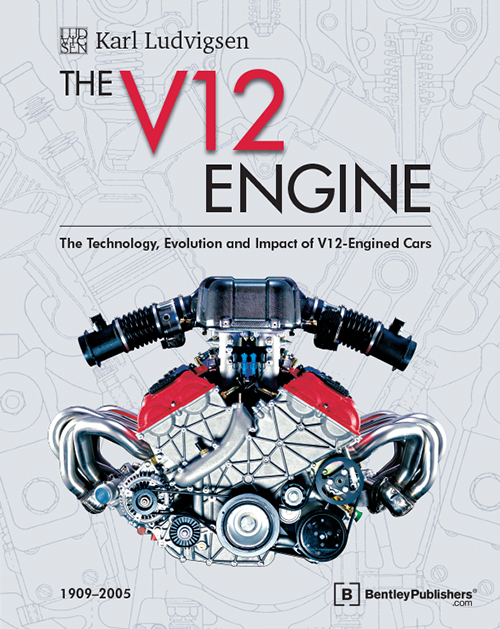 The characteristically smooth flow of power from a V12 has been likened to that of a turbine, and with abundant justification. To many motorheads the word “twelve” has a near-magical ring to it that any other number of cylinders in an internal combustion engine just doesn’t come close to matching for impression or status. Anything less is too few, while the only other practical design with more cylinders, sixteen, certainly does seem to be too many. More costly and complex than a vee-twelve, what could a sixteen possibly do better?

Vee-twelves have been a part of the automotive scene for more than 110 years, first in experimental and one- or two-off racing applications. Packard introduced the first commercially successful passenger car V12 in 1915, but called it “Twin Six” because consumers had embraced the six as the near pinnacle of automobile engine excellence for its inherent balance and smooth, vibration-free operation. Rapid advances in engine manufacturing technology allowed the straight six to become a viable alternative to the four and enjoy widespread adoption in all but the very lowest price ranges after approximately 1910. So if the operating principles of a six were good, wouldn’t doubling it be better still? It could be, or nearly so, but it required careful attention to detail in design, and even more so in manufacturing, as it pushed the envelope of mass production engine manufacturing technology to the bursting point. And already we are in the thick of the things this book examines.

Taking on the challenge of chronicling every V12 car engine ever made, as the author tells us is his intent, is not only enormous in scope, it could easily prove to be an overwhelming task for any but the most experienced and determined researcher and writer. (He comes very close to achieving his goal, but I know of one V12 car, a relatively modern one at that and by a rather well-known manufacturer, that is not mentioned. See below.) Indeed, this volume requires 16 lengthy chapters and over 400 8″ x 10.5″ pages to do the job. Properly reviewing it is no less daunting a challenge.

Ludvigsen is an automotive historian and author who needs no introduction to any serious student of automotive history. (The first edition of this book predates the sale of much of his archive to the Revs Institute in preparation for shifting his focus to aero matters.) He is a most prolific and respected writer who has penned more titles over the past half-century than many motorheads have in their libraries. His literary efforts have been repeatedly recognized with the most prestigious awards, his name on a book cover a mark of quality. 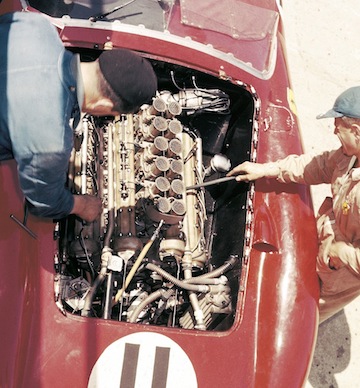 Ludvigsen begins with a concise introduction followed by a chapter on the origins of the engine type, the justification for its existence, and its advantages. He then focuses on American Twin Sixes of the late 1910s. European endeavors are discussed as well, and the work of a quarter century is presented in chronological order. Obviously this is not as straightforward as it sounds due to the overlap between automotive and aviation engine technologies and their influence on each other. Not least, aero engines often found their way into Land Speed Record cars (and boats) in the Twenties and Thirties which in turn influenced developments on the road and race car side. Some of these aviation engines were of alternative twelve cylinder configurations, such as the Napier “arrowhead” (three blocks of four cylinders on a common crankshaft, the center bank aligned vertically with the others at 60 degrees to either side). As these specials were powered by “twelves” their stories are included as well. Ludvigsen wisely organizes the relevant developments into separate chapters devoted to each as the chronology unfolds over the decades.

Thanks to the use of glossy paper, the quality of photographic reproduction is uniformly excellent. It also contributes to weight and so the book is a bit on the heavy side. The 350+ photos (58 in color) have obviously been carefully selected for historical relevance as well as clarity. Most of the b/w photos included in the text are on the rather small side, particularly of overall vehicle views, but shots of critical details are of adequate size and clarity. This is no doubt due to the sheer volume of text to be accommodated; as this is primarily a scholarly work the illustrations are there to supplement the text, not displace it. There are four eight-page sections of color, each of half- and full-page views, more or less evenly interspersed, but within chapters. Because the subjects of these color photos don’t always align with the subject of the chapter and are often dissimilar within their groupings, I feel it would have been better to place them between chapters, where their inclusion would have been less disruptive to reading the text. Where suitable photographs are unavailable, carefully executed perspective drawings, a large number of which of near photographic quality, fill the void. Line drawings, exploded views, and cutaways are frequently used to clearly illustrate design features and overall vehicle layouts in near-blueprint style.

Speaking of text, which is the heart and soul of this book, the font is necessarily a tad on the small side, but the layout is two columns per page, which allows for easier, smoother, and faster reading. Footnotes are included at the end of each chapter, which minimizes flipping back and forth and also facilitates the flow of reading. The unusually comprehensive Index is divided into three sections: General; V-12 cars, engines and teams; and engines and engine builders. This enhances the book’s enduring value as a ready and useful reference.

Because there is simply so much detailed material presented over such a long time frame, it is possible that there may be more here than you want to know, at least initially, but Ludwigsen’s style is easy to follow, so one’s interest is maintained despite the at times seemingly overwhelming minutia. A major reason for this is the deliberate inclusion of the essential human side of the story. We are introduced to all the principal players, the engineers and designers, as well as the CEOs and other pivotal characters in the V-12 drama, informed of the nature of the times in which they lived, worked, and made their far-reaching decisions and not bombarded with page after page of dry statistical data. This is no small feat, considering the necessity for the inclusion of such data, and the repetitive nature of many of the details of design, limited as it is, to one engine type and the unavoidable frequent comparison of competing contemporary designs. But it is precisely because of the inclusion of all such material that this book is, and is likely to remain for some time, the best single-volume resource on the topic of the V-12.

The subject has always been near and dear to me. Since learning as a teenager of the legendary American V-12s of the 1930s, it was my ambition to someday own a car so powered. I purchased my copy of this book sight unseen shortly after its first publication in 2005 (Haynes, ISBN 978-1844250042). Coincidentally, at that time I had also just become the second custodian of a superbly maintained 1999 Rolls-Royce Silver Seraph, which was the first Rolls-Royce model equipped with a V-12 since the prewar Phantom III. I was anxious to learn just how BMW’s then current V-12 had been adapted for use on the significantly larger and heavier Rolls-Royce—and was a bit disappointed that this was the one application the book didn’t discuss or even mention (although V-12 BMWs are covered). The iteration of the V-12 later used in the Rolls-Royce Phantom (2003–current) is, however, covered.

If automotive engine design history is one of your passions, then the book is simply a must-have. (And don’t miss Ludvigsen’s V8 book!) 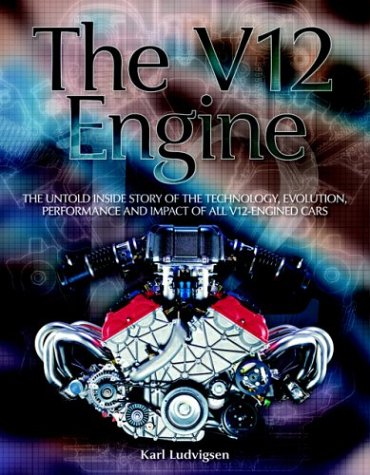 If you have the original Haynes edition, know that this new version is a straight reprint (some of the illustrative material actually looks better thanks to advances in digital technology) because Ludvigsen’s other commitments did not allow a revision. Among the Haynes titles Bentley Pub. has acquired and is readying for release is another Ludvigsen gem, Classic Racing Engines (ISBN 978-1859606490.)

Posted Under: Automobiles, Technology | Author: Mark Dwyer | No comments yet