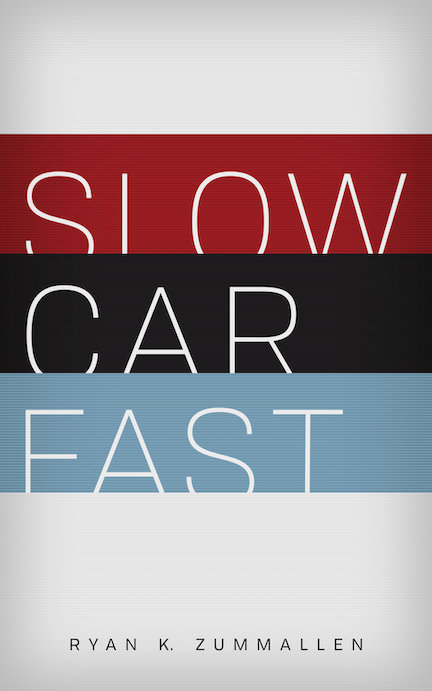 Perhaps as with some classical music compositions this book should be described as “variations on a theme” with the theme being the car hobby and the variations those being applied and practiced by the now majority generation, the millennials.

Slow Car Fast’s subtitle The Millennial Mantra Changing Car Culture for Good is a double entendre and, as a guess after reading the book, it is likely intentional on the part of the author, Ryan ZumMallen, who is also its publisher. And yes, he’s one of the 73 million or so millennials, a husband, a father (whose daughter Claire adores race-driver-turned-commentator Tommy Kendall’s El Gallo better known as the chicken car), and a journalist with an automotive focus, as well as a car enthusiast.

We’ve all heard or read the lament regarding the collector car hobby’s future as marque clubs notice and note the passing of members who are part of the Greatest Generation (1901–1927), the Silent Generation (1928–1945) or are Baby Boomers (1946–1964) and are departing without equivalent numbers of younger folks replacing them. But is that really a valid conclusion or perhaps a mistaken interpretation and understanding of realities? ZumMallen has been contemplating this and chose to organize and communicate his thoughts and conclusions in book form.

One of his observations is “. . . a lot of people [referring to millennial auto enthusiasts] . . . don’t want to be measured, scored—they just want a chance to drive their car in a fun, safe, legal environment. . . millennials are people with less time, income and knowledge about their car.” Those observations make it easy to see where the traditional models of many single- and multi-marque clubs, or the upscale judged car shows and concours may not be a millennial’s “cuppa.”

Activities popular with those millennials who are car-centric are the gatherings that generally come under the heading of Cars ‘n Coffee which have no marque orientation, no judging, no trophies—just come and kick tires and enjoy one another and one another’s ride of choice. And with the ease and immediacy of social media, any number of those gatherings, including pop-ups, are well-supported with enthusiasts bringing their cars and frequently numbering in the hundreds.

To their credit some of those long-running traditional events, organizations, and publications are gradually making changes to address inclusion of millennial interests, cars, and activities. But there are also new events like Radwood and Concours d’leMons, and new ways of finding desired cars such as BringATrailer.com more tailored to the millennial audiences.

This is being written as the world is gradually and tentatively reopening following the first onslaught of the corona virus so auto racing and gatherings of all sort have been on hiatus. Thus coping with Covid made on-line auto racing even more popular and included professional drivers as well who turned to what was already an ever-more-sophisticated race driving experience in order to help retain their skills, especially timing and reactions, in lieu of being able to be in the cockpit racing or even practicing.

Professional racing series are followed by the millennials although not always with in-person attendance due to costs. Left coast resident/author ZumMallen is a big fan of all that goes on at and surrounding the Long Beach Grand Prix weekend. He devotes an entire chapter to discussion of some of the competitors, behind-the-scenes engineers, mechanics etc; those with names like Danica Patrick, Lyn St James, Aimee Shackleford, Brionna Lynch, and Carmen Jorda. He concludes that chapter that is titled “Changing Faces” with: “The car guy is dead. Long live the auto enthusiast.”

There may be other thinking writers who ultimately wish to add their thoughts to those ZimMallen has already penned. Until those publish, Slow Car Fast is that “must read” for any hobbyist who is genuinely concerned regarding the future of the car hobby and who sincerely is also willing to be part of ensuring its good health and longevity.

While delighted to find the Citations section of footnotes that are grouped at the end of the book and really are the sources/resources consulted by ZumMallen—because those particular pages are so text-dense the layout chosen by ZumMallen make them a challenge to read especially as websites are a dominant reference—a more open layout of those pages would have been most helpful and greatly appreciated for those of us wanting to be able to follow research trails.

no illustrations, index or bibliography but Citations