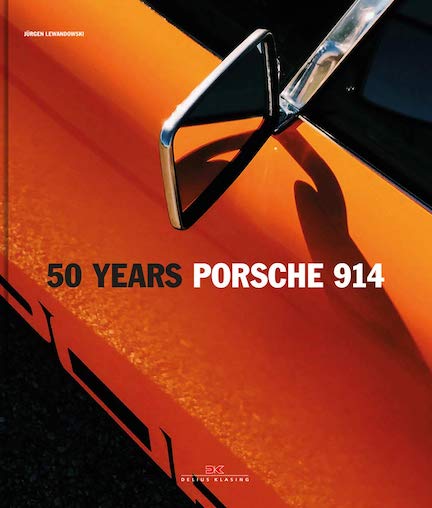 “In hindsight it is surprising that the 914 ever saw the light of day.”

Porsche does, at least in the original proposal which would get changed five times before the final, boxy version rolled off the line, a year late, over budget, and polarizing. It was meant to introduce a different type of buyer to Porsche and it did meet its sales goals but only in recent years is the auction scene giving the car any respect.

The model has an extraordinarily complicated origin story, clouded by power struggles and disagreements between its two “parents,” Volkswagen and Porsche. The 914 and 916 literature is not exactly plentiful and this book definitely deserves serious consideration because it is clear, goes deep, and it is without equal in regards to design and production values. The latter point is pretty much par for the course for books by this publisher although it must also be said that sometimes their books are not calibrated to the very studious reader—which, we hasten to add, is surely an intentional choice because it’s pretty much the same core group of competent people that write and produce them. In this case, widely published German motoring journalist Jürgen Lewandowski is in the author seat. 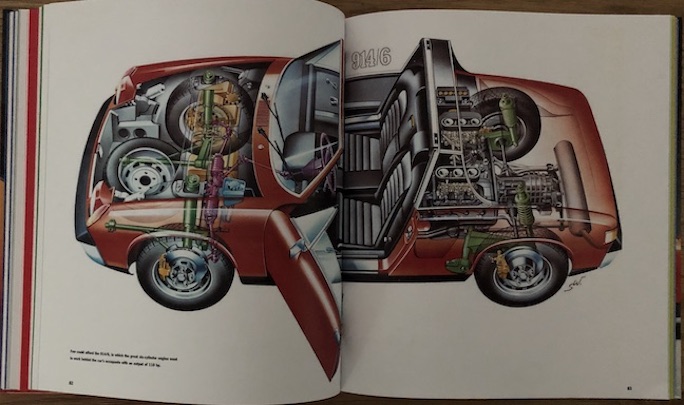 The first sentence in the book is, “It is impossible to grasp the complicated history of the VW-Porsche 914 and its various sisters and cousins without knowing the close relationship between Volkswagen and Porsche.” Absolutely everyone should be conversant about this essential chapter of automotive history, regardless of marque/model interest. In fact, nothing less than the resurrection of Germany’s economy after WW II is the larger topic here: the US showing no interest in VW, the British taking custody of VW assets, and managing the company back to stability which includes the appointment of a German General Manager in 1947. 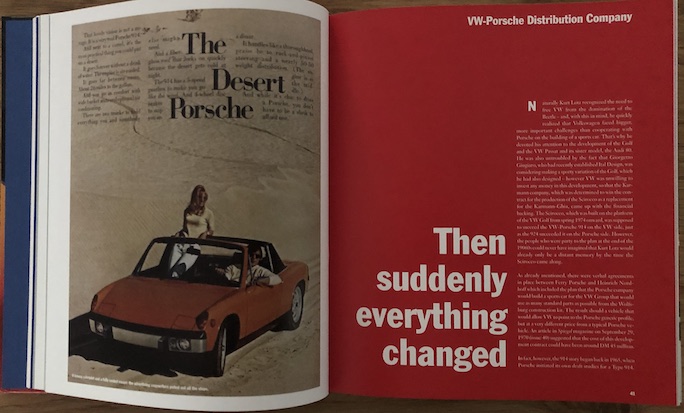 And right there, in this footnote to world history, lies the first trigger for what all would go wrong with the 914: the VW and Porsche chiefs reaffirming their long-standing cooperative agreements; making plans for the future, to the greater benefit of both firms—but not putting anything in writing. And then one of them dies, unexpectedly, his successor knowing nothing about any deals, their Boards go crazy, and no one is playing nice anymore. May this short recap suffice to impress upon you: read this book! 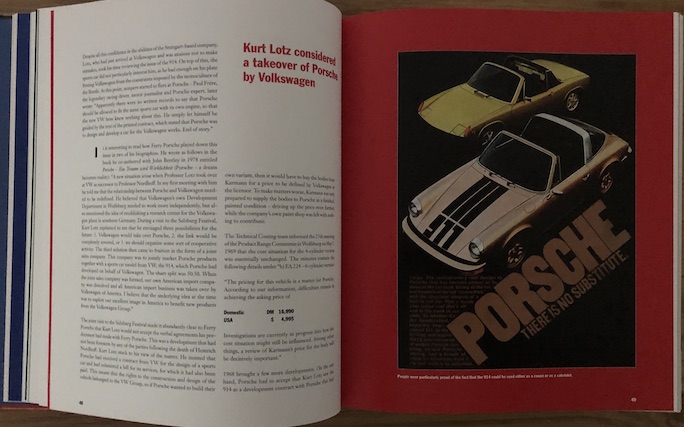 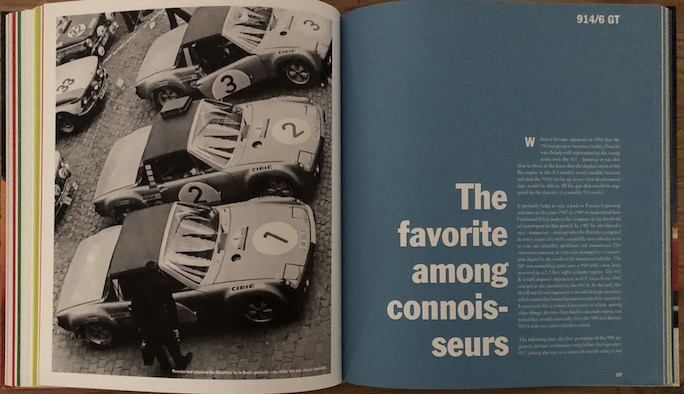 The Porsche facets of the origin story are examined in this book in greater detail, especially vis-à-vis the 912, because even though Porsche was the smaller partner it had the larger role—and more at stake—in developing an entirely new architecture for a new type of customer. Readers who know about product planning and marketing or brand identity will find much to think about in the companies’ different requirements and strategies, and always, always the mind will be directed back to the dark opening quote, above. 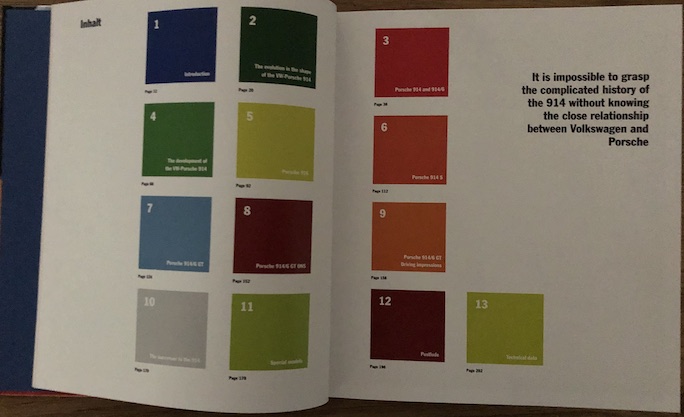 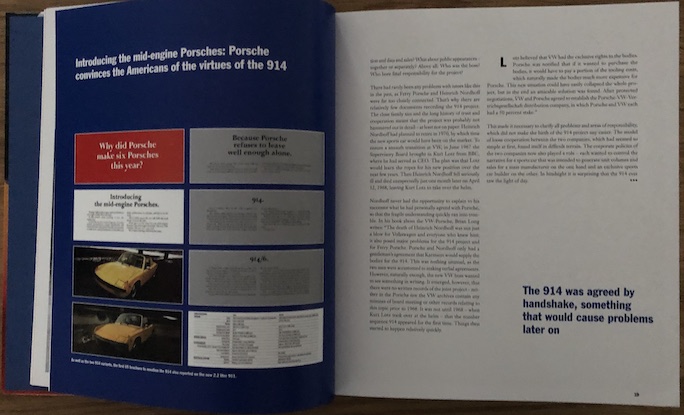 Originally written in German, the book discusses the 914, 914/6, 914S, 916, and  914/6 GT. The English translation is quite fluid and only occasionally struggles with syntax. Early on a wide-ranging interview with Porsche’s Chief Designer since 2004, Michael Mauer, analyzes the 914/916 design vocabulary and juxtaposes the design and model-making process then and now. We’re only 40 pages into the book and already the illustrations are making an outstanding impression: large, the right thing in the right place, lots of period material (including memos etc.), precise captions. 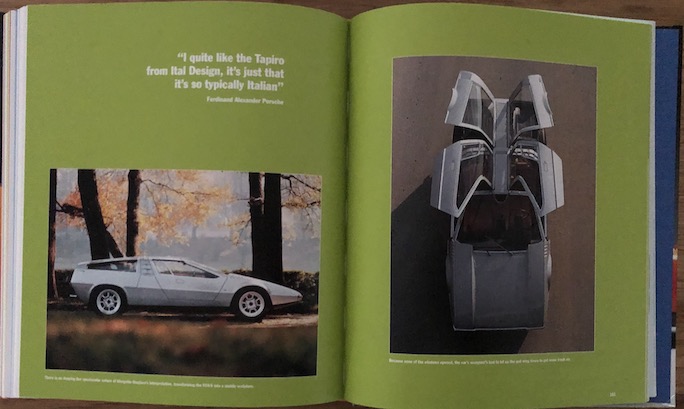 US readers will of course be aware that the US market played a very large role in configuring this car, a fact borne out by the large number of ads reproduced here. At all times the story of the small car is firmly embedded into the Big Picture context such as the global fuel crises, US emissions regulations, DOT standards etc etc. On the way to the 916 (“the car that never should have existed”) the entirely different 924 is discussed, as are racing variants and a bunch of truly exotic specials that no one except car designers even remembers. 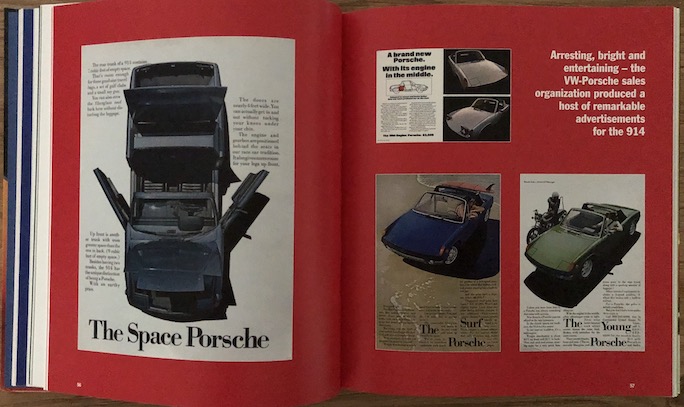 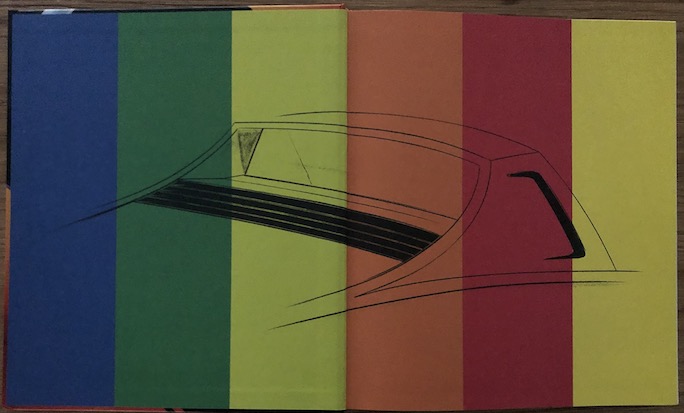 Tumult in the Clouds: The Aviation Art of Russell Smith »
« Ballot