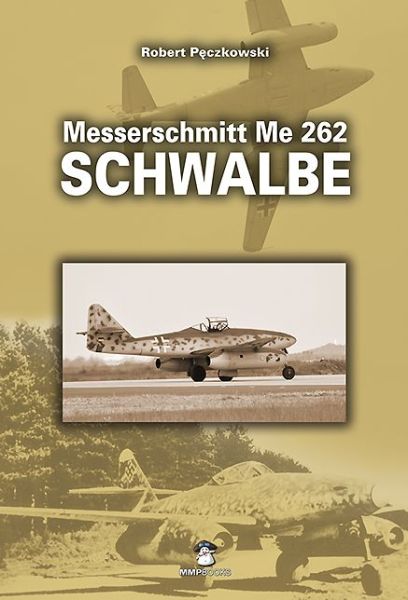 Obviously, even the casual bystander recognizes the Me 262 as the world’s first operational jet aircraft and Germany’s last great effort to regain momentum. Which is why in the seven decades since it first pierced the sky piles of material about it have been published already. What is not so obvious is what this book does that no other does. This is an especially pertinent question because this is not the first time this very book has been published. The first edition, from 2002, was half the size.

An explanation by the author or publisher would have helped here. On the surface, an answer can be inferred based on what makes this publisher different from others. MMP books usually focus on the sort of micro detail or non-mainstream topic that other publishers stay away from, and they are specifically written with the modeler who is not content with store-bought kits in mind. But MMP already covers this aircraft in several of its other books and this new book only addresses the A model (and only the single-seater), both prototype and production versions in bomber/fighter/recon spec, but not the subsequent B, C, D, E, S, W and Lorin variants. Does that mean other books on this level of detail are forthcoming? If so, may they be spared the sloppy proofreading (especially of German words) and occasionally inelegant English syntax of this one. 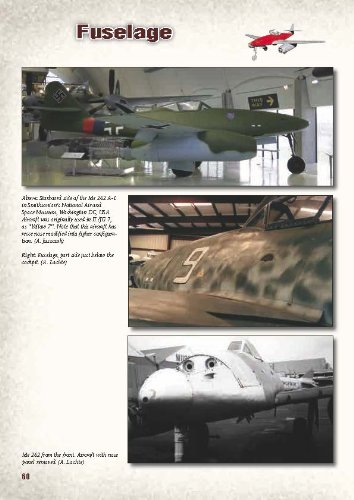 Being published in the Yellow Series leads one to expect an emphasis on technical detail and model-to-model modifications rather than operational or overall developmental history. Check. If “longeron” or “Frise-type aileron” are not part of your vocabulary, this book may be too specialized, at least in regards to the technical analysis which really only takes up a small number of pages. The bulk of the book is devoted to color profiles, period photos, modern photos of museum aircraft, 1/72 scale drawings, exploded views, and reproductions of pages from manuals (especially for cockpit layout, engines) etc. Imagine being given a guided tour of different examples of this aircraft and individual components, inside and out—that’s this book. 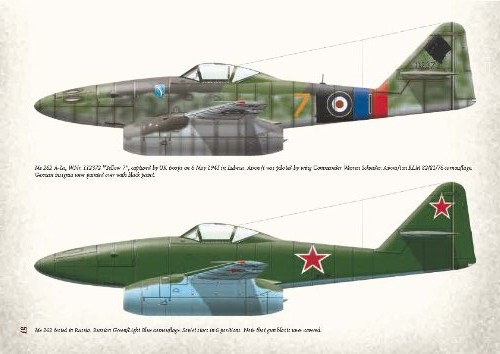 Folks who build kit models have to paint them so the special treat here is 58 color views of Me 262s in US, French, Czech, UK, and Russian markings. All the color profiles note the official German paint codes/names and squadron/pilot information. But if anyone is a stickler for detail it is the very modeler/restorer who’ll be dissecting these drawings so it must be pointed out that one inscription (p. 42 #111451) could not have been written by a German-speaker unless that person didn’t know his personal pronouns! 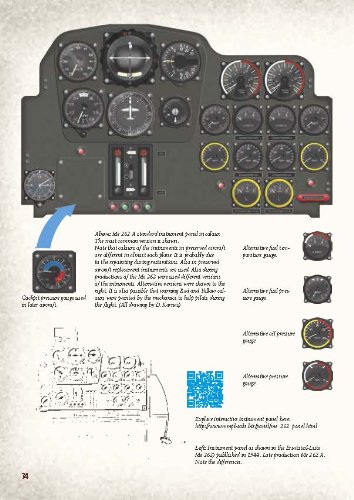 So, we end where we started: it’s not clear what this book wants to accomplish. It’s certainly cheap enough (especially in £) to be a painless impulse buy or for completists who can only sleep well if their library is fully stocked.

Just for kicks, and definitely something no one else offers: check out the interactive Me 262 instrument panel on the publisher’s website.

An AUTObiography »
« You Have Been Warned! A Complete Guide to the Road