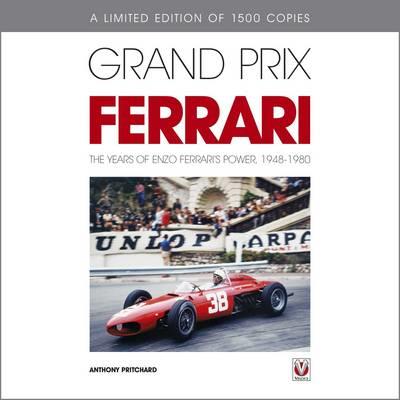 “I had the immense satisfaction of attending many of the races described in this book, first as a spectator, then later as a member of the press from 1954 through to the late 1970s. My personal opinion is that while so much of motor racing history has to be finding, reading and interpreting written source material, to write about a race that one has attended adds colour and spice to the account.”

“Color and spice” have indeed distinguished so many of the writings of the late Anthony Pritchard, one of the most prolific motoring writers of the modern era. A solicitor by training, he turned an almost lifelong interest in motorsports into a writing career spanning almost 50 years with almost as many books to his credit. He concentrated on marque histories of European manufacturers such as Mercedes-Benz, Porsche, Maserati and, of course, Ferrari, with emphasis on the racing cars, although his road car books are also well regarded. Tragically, he died in a road accident in October 2013, age 75. By that time Grand Prix Ferrari had been delivered to his publisher (Veloce, after many books with Haynes) and his Grand Prix Ford: Ford, Cosworth and the DFV was in proof and has since been released (but under Graham Robson’s name). And even though Palawan has just released what is likely the last Pritchard book, about the Jaguar D-Type, it is too absurdly expensive (£750, limited to 250 copies) to get on a lot of people’s radar.

This, then, is the last time most of us will partake of a proper Pritchard. The book is in the familiar Veloce layout for books of this type: landscape format (but barely); lots of photographs; some useful appendices, sidebars and digressions. It is more than an update of the fairly substantial 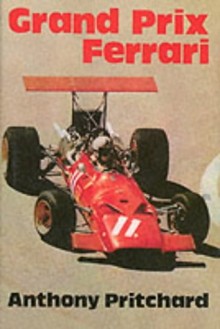 2001 publication of the same title (ISBN 978-1903088111). There are many new photographs, sidebars and data panels. This is all welcome information in a book that is intended to be a reference work rather than a narrative history such as the author’s earlier works, Ford versus Ferrari and Scarlet Passion. The period covered is 1948–1980, “the years of Enzo Ferrari’s power,” and so they were. The publisher chose to release this book in their new “limited edition” series (i.e. 1,500 copies) which encompasses all those titles the publisher considers niche items.

The book is organized chronologically, with chapters devoted to each tipo in the order it was produced and raced, with some overlap for the Dino V6 cars. There are also separate chapters for the Formula 2, Lancia-Ferrari and Indianapolis and Monzanapolis cars, as well as the Tasman series cars. So, it really is much more than just the Grand Prix Ferraris. The chapters contain tables describing each model’s development, technical specifications and competition history. There are a few sidebars about the drivers, but far too few. 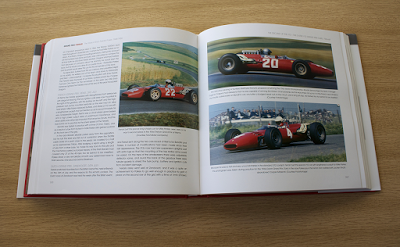 Pritchard concentrates on race descriptions and results much more than technical development, engineering and personalities. Each chapter leads off with a brief transition from the previous, with information about any changes in regulations and sporting and technical rules. This is followed by a race-by-race account of the season, including non-championship races. Some of these race descriptions do address mechanical or technical aspects that may be relevant to the particular race, or when they represent a change to the cars’ specifications, tires, fuel, etc., but the reader should not expect a technical tour de force in the manner of a Karl Ludvigsen . . . that is not what this book is about. Within these race descriptions are also discussions about team strategy, interactions between teammates, relationships with the motoring press, team managers and Enzo Ferrari himself. 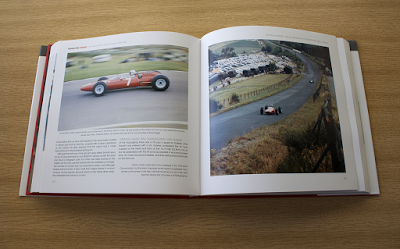 Pritchard is at his best when providing details and insights that might have been overlooked elsewhere, cf. Richie Ginther calmly chewing gum while chasing down Phil Hill at Monaco in 1961; Enzo’s brief flirtation with running an air-cooled engine in collaboration with Gilera; Lauda’s departure from the Scuderia, and the shoddy manner in which the team treated his mechanic, Ermanno Cuoghi.

Any book of this type, with such a wealth of facts, is going to have some mistakes and Grand Prix Ferrari is no exception. Fact checking and proofreading seem to be lost trades. There are many photo caption errors, most of them quite obvious. It is not known if the author did a final review before his death, but he would certainly be disappointed in any book that he wrote, in which a picture of Chris Amon is captioned for Derek Bell, or where a 312T is identified as a 312B3, or lead is used where led is correct . . . even Montezemolo is misspelled in a chapter subhead! While regrettable, these have to be overlooked when judging a book of this scope and published under such unusual circumstances. It would be helpful, though, if the publisher would make errata available on their website. This would be appropriately respectful of the author as well as the reader.

For anyone seriously interested in Ferrari racing history, or with a deep Ferrari library, this book would be essential, perhaps less so for the casual reader or enthusiast, especially at the price. Sadly, the question we’re left with is, “Who will write the history of Ferrari’s next forty years of Grand Prix?”